In retrospect - The 1999 CNP Grand Prix in Manchester, England was captured convincingly by the reigning Mr. Olympia, Ronnie Coleman. Read on to see how the competitors placed at this great event!

Over the coming months Bodybuilding.com will be featuring standout, much talked about, and speculated Bodybuilding shows from all over the world. Our pictorials will show you exactly how the competitors matched up and our editorials will be written by writers who were actually present at that show.

We start our series off with the amazing 1999 British G.P. Promoted by Kerry Kayes; this show had one of the toughest lineups in Bodybuilding history. If you were to look at any of the top tiered competitors in this show without looking at the results, you would assume he was to be the winner. 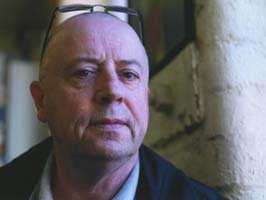 Gary Phillips's pictures take us through the keyhole of time to that day in 1999 where premier class muscle reigned supreme.

The CNP Grand Prix in Manchester, England was captured convincingly by the reigning Mr. Olympia, Ronnie Coleman. With a few of the top Olympia Pros absent due to the lack of Visa's or passports, Chris Cormier being one of them, this almost guaranteed Levrone a hefty cheque for attending this years Grand Prix. 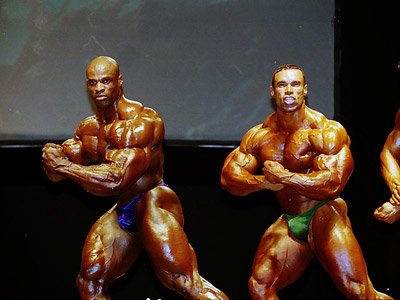 Also absent from the show was Lee Priest who could not leave the US because of fear that he would not be permitted back in. No Green Card, you aint coming in!

Another sadly missed physique was that of ET, and I don't mean a short slimy guy with no legs and a long neck, who comes from outer space. Ernie Taylor to you confused readers. Ernie has just undergone an operation to repair his shoulder and will most probably be out of action for the next 12 months. Bounce back Ernie and don't forget to phone home. Sorry for that but I couldn't resist it! 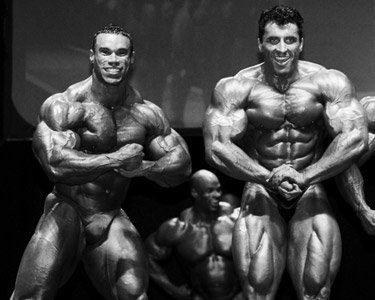 There seemed to be many more new pro's at this years GP and most of them being British. Unfortunately not one of them making any real noise at this event. Saying that, three of the British contingent did manage to crack the top ten.

Ken qualified for his pro card by winning the lightweight class at the USA Nationals. Really needing to add 20kg of muscle to even stand in this line-up without looking stupid. Double the dose Ken!

Unfortunately Gustavo was way too smooth, but he has the mass and shape to kick some @ss... if he gets his diet right.

When Jean-Pierre hit the scene at the Arnold back in 1996 he looked like he was going to be a front-runner in this sport but never really reached his potential.

With a huge extended stomach and real messed proportions, he had no chance of beating some of the smaller guys in this comp. "It's not all about size baby," well that's what I keep telling my girlfriend.

He turned out to be the lowest placed British competitor in the show and probably deserved better. Not as dry as he was when he qualified at the pro qualifier earlier in the year, but was definitely overlooked by the judges.

Besides Ken Jones Rod was the lowest placed American competitor. He came over looking like he hadn't dieted for this comp. He has all the size needed to be a threat but needs to diet.

Boy does this guy have potential, with a great shape and loads of mass for a short dude. What a shame he wasn't rock hard, he really could've given the top shorter guys a run for their money.

Unfortunately nicknamed "The Box," for what reason it escapes me. I presume it's nothing to do with his physique. He's one of the shorter competitors in this competition and really needed to bring some condition to the table to make the top 10. He appeared to be holding a little water, especially in the back.

Manchester boy, John Hodgson, who always comes in ripped managed to do so again but could not get a look in next to the shear mass of the top US boys such as Ronnie Coleman, Flex Wheeler and Kevin Levrone. He looked like he was really enjoying himself though. Good on you John.

Mr. Majestic looked very comfortable on stage with the big boys. His stage presence was glowing, with confidence shinning out of every orifice. Beautiful shape, but needs an extra 10kg to crack the top six.

Qualifying by winning the amateur show earlier on in the day, he was in great shape and had plenty of beef on such a short stature. Didn't really get a look in with the American boys. Still a great effort, from amateur to pro and placing in the top ten at his first pro show. Hat off to you Colin!

The highest placed Brit in the show resembled the Brutal Bertil Fox, especially in the chest, arms and delt areas. He must be happy with this placing in his pro debut.

If the likes of Marcus Ruhl can't make the top 6 in this show then it must be a FG unbelievable standard. Taking a close 7th the German mass monster, who burst on to the scene by out muscling Paul Dillet at the NOC, needed to come in with more of a narrow waist to appeal to the judges. 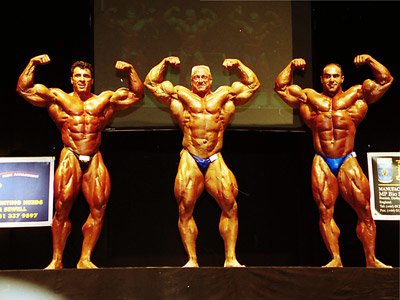 Taking $1000 US home for his effort was Nasser El Sonbaty. Looking huge and confident, but he just lacked that dry look that he achieved and we witnessed at the Arnold Classic back in March. 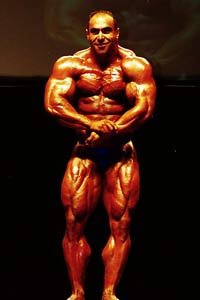 $3000 happier was Mr. Sarcev. Never looking bad when he competes, this was no exception. A good placing for him with a jump up from 10th at the Olympia, he seemed quite pleased with his result. Good sportsman, that's what we like to see. 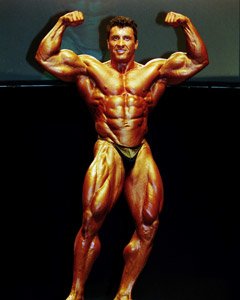 Dexter "The Blade" Jackson taking $4000 for his British Pro debut. The rumour is that he will be the next Flex Wheeler. With the lines and posing he appears to be the Minnie me of Flex. "One Miiiiiiiiillion Dollars!" Ha ha ha ha ha!

Looking huge, full and dry, Kevin came a close third and could've quite easily taken the silver medal. His legs and calves appeared bigger and harder than we had seen in his recent appearance at the Olympia, where he placed 4th. 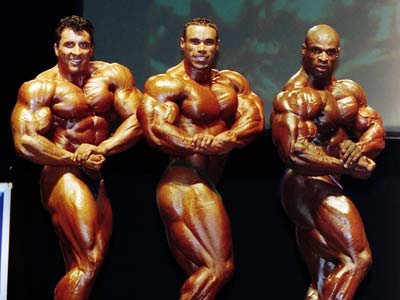 The most pleasing and aesthetic physique of this century and the uncrowned Mr. Olympia in many people's eyes, was placed in the runner-up position behind Ronnie, yet again. Holding a little something that made him appear bigger, but unfortunately slightly softer than at the Olympia. Flex Wheeler's posing and stage presence always makes him stand out in a line-up such as this. 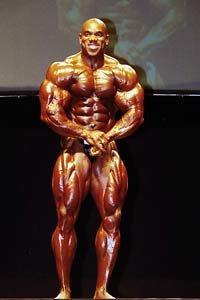 Taking $10,000 home to the US, Ronnie was streets ahead of the track, as he was at the Olympia this year. It's really going to take a miracle to beat this guy and I can see him going on beating Dorian's Olympia achievements, at the very least. 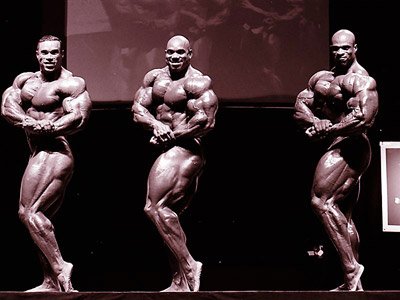 Overall the show was very entertaining and a great opportunity for the British bodybuilding fans to get up close and personal with the elite bodybuilders of the world. A big thanks to Kerry Kays , for putting his cash and effort in to this British Grand Prix, yet again. 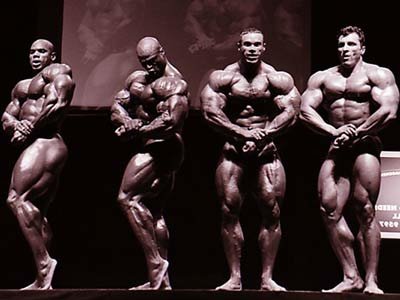