5 Ways to Make Your Workout Harder And More Effective!

Your body changes according to the level at which it's stressed. If you're not seeing results, the solution is simple: Make things more difficult! Here are 5 ways to do it.

Some things you just don't do. Like spitting into the wind. Or pulling on Superman's cape. Or ending a workout without giving it everything you've got. After all, your body is an adaptation machine, and it will only change if you give it ample reason. In other words, you can't just show up at the gym; you have to push yourself to grow!

If you've been stuck at the same level of strength and muscular development for way too long, you may just need to make your workouts more demanding. Here are five quick tips, techniques, and strategies to help you dial up the difficulty.

These techniques run the gamut from simple to borderline brutal, but I recommend you try them all to see what works best for you!

Attach bands or chains to a barbell movement

Sometimes you have to use unconventional methods to make your workouts more challenging, and chains are one such method. If you haven't been using chains to jump-start your progress, you just might be letting one of the best tools in the gym pass you by. 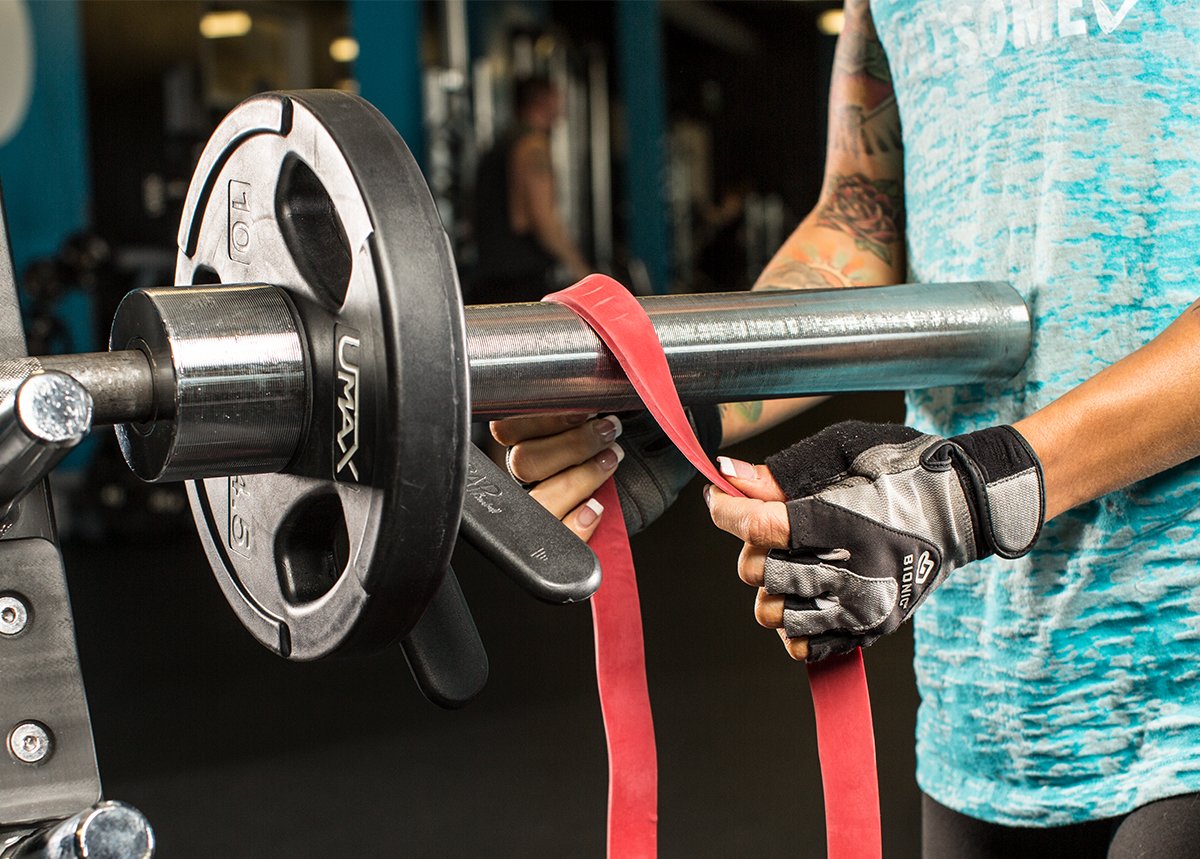 When training with bands, the further the stretch, the greater a band's resistance becomes.

With most exercises, the weight of the object you're lifting doesn't change: what weighs 90 pounds at the bottom of the lift weighs 90 at the top. Chains, however, provide linear variable resistance training (LVRT)—as the range of motion increases, so does the load. And when you're at your strongest biomechanically, toward the top of the movement, the "chains + bar" are requiring the most of you. When training with bands, the further the stretch, the greater a band's resistance becomes.

In the bottom portion of the squat, bench press, or deadlift, most of the chains are resting on the floor (or the band is loose), but as you lift, more links come off the floor, and the weight increases as you go higher. So as the weight gets heavier, you obviously have to (and are best able to) recruit more muscle fibers—especially the fast-twitch variety that allow for greater gains in power, strength, and size—over and above what you might be able to recruit doing standard dumbbell and barbell movements.

In extended-set training, you use multiple versions of the same movement in one set, but you quickly change your body position after hitting failure to make the movement slightly easier as the set progresses. Different versions of the same exercise are placed in order from hardest to easiest to allow you to get the most out of each extended set.

With this style of training, you're able to continue doing reps at the same weight after failure because you adjust your body position to gain a mechanical advantage every time you hit failure, which lets you get more reps of the same movement. This is one reason this type of training is also called a mechanical dropset, or mechanical-advantage dropset.

For example, let's say you're doing lateral raises. To extend this set, you'd start with the most difficult version of the movement, which is a seated dumbbell lateral raise. Choosing a weight you can do for about 10 reps, you'd take that set to failure. But rather than dropping the dumbbells, you'd immediately stand up and complete the standing dumbbell lateral raises with the same weight.

The exercise is now slightly easier because you're able to generate a bit of body English through your knees and hips that you couldn't when you were seated. With this mechanical advantage, you can continue doing reps until you reach failure one more time.

In this example, the extended-set technique has just enabled you to do a pair of sets of the same exercise with the same weight without rest! You can knock out even more variations of the same movement—like a cable fly from the low, middle, and high pulleys—in one extended set, too. This is brutal and effective stuff, and it'll help you grow in no time!

Dropsetting or "stripping" is an advanced training technique that's both easy to learn and very effective at adding difficulty to your workout. Let's say you're using 225 pounds on the bench press for a maximum of 10 reps. You may not be able to complete an 11th rep with the 225 pounds, but you could probably perform a couple more reps with 165 or even 185 pounds.

In a dropset, as soon as you complete your last possible rep with 225 pounds, you quickly rack the weight and take off 25-35 pounds per side, then continue repping to a second point of muscle failure. Keep your rest period to an absolute minimum while reducing the weight, and have a training partner strip the plates to help speed things up even more. 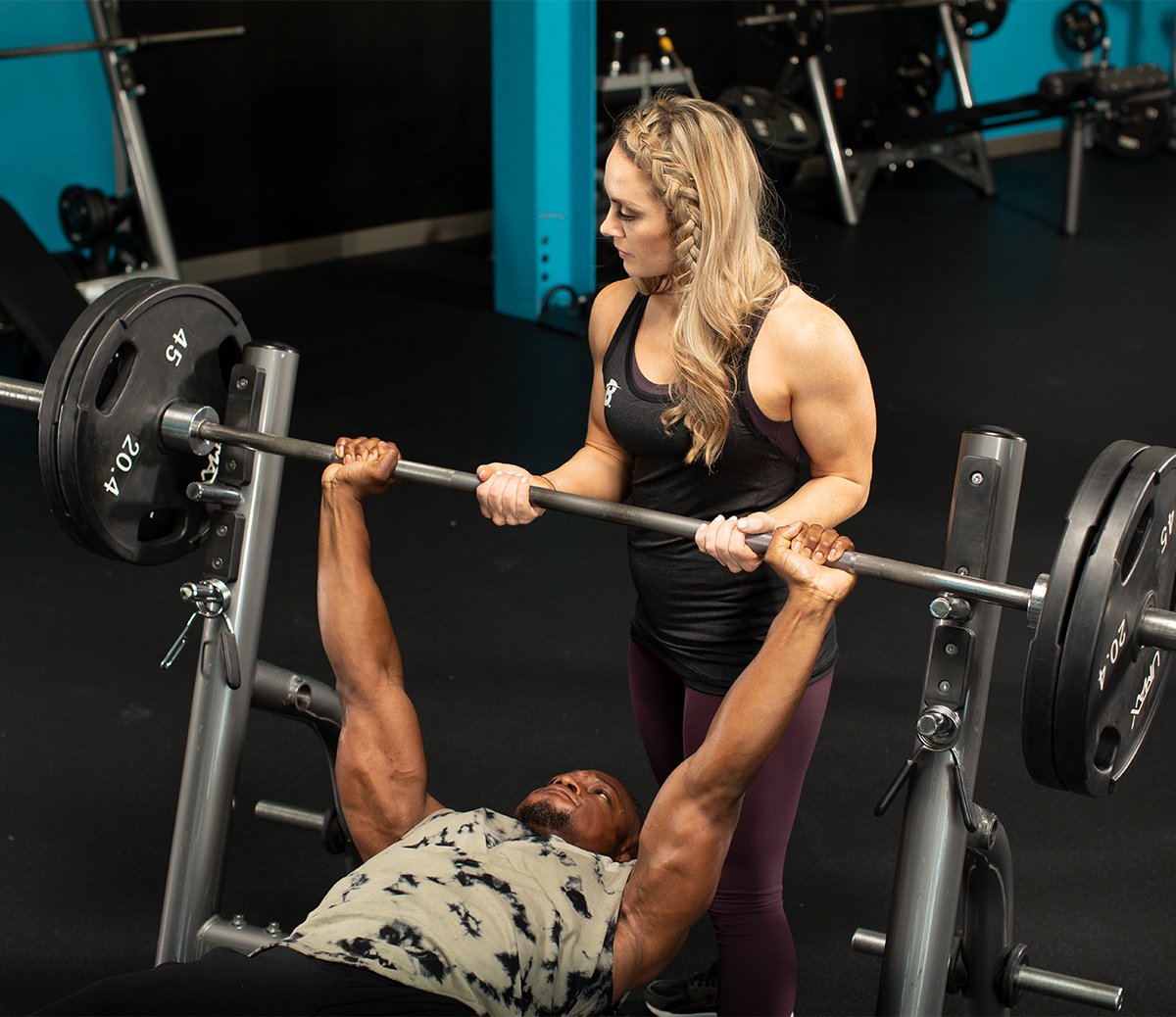 In a dropset, as soon as you complete your last possible rep with 225 pounds, you quickly rack the weight and take off 25-35 pounds per side, then continue repping to a second point of muscle failure.

Dropsets are not limited to barbells. You can do the same with dumbbells, but have all sets on hand before starting—you don't want to waste time searching for one during the middle of a set. You can even have multiple drops, or perform a technique that's commonly called "running the rack" with dumbbells. Just start heavy and work your way down the rack until you hit total failure.

Improve the density of your training

If you do abs or calves at the end of your workout, you're probably guilty of skipping over them as you grow more fatigued over the course of your training session. Why not train these smaller muscle groups—which can even include middle delts or forearms on leg day—between sets of other muscle groups you're already training? This approach is often called "density training" because you're doing more work in the same amount of time.

This extra work isn't meant to lengthen your workout, but it does allow you to address a lagging body part or one that you're prone to skipping. For example, instead of taking your standard rest between bench-press sets, throw in sets of calf raises. Likewise, you could do a set of forearm curls between sets of leg presses. This lets the major body part recover while you hammer another. 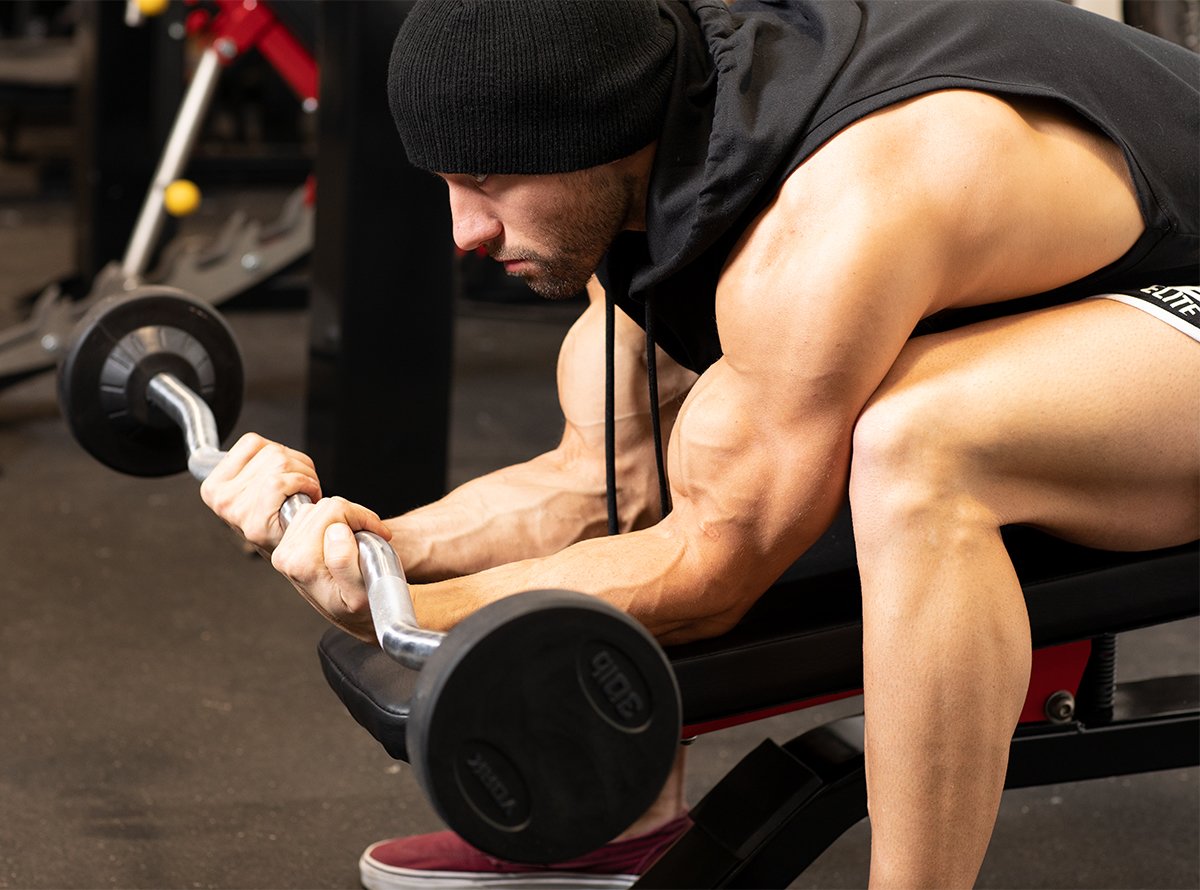 When staggering your exercises, keep in mind there are combinations that don't work well together. Doing forearms between sets of back or even chest movements will interfere with your gripping strength. Staggered sets for calves may throw your leg workouts off. Make sure the muscles for which you're performing extra work don't interfere with the primary muscles being trained.

You can even use this kind of density training for fat loss.

Get off the machines

Machine training has a number of benefits, but in general, it's easier to do than its free-weight cousin. That's because machines dictate the movement path for you, so you often just have to get set in position and lift the weight in the only direction it'll go.

With free weights, more of your body's musculature is involved in stabilizing and balancing the weight. These assisting muscles are required to complete the movement, making it more difficult and burning more calories.

Switching over from machine movements to free weights—whether it's bench pressing, squatting, or doing rows and other big lifts—increases the level of challenge, which can pay big dividends in terms of increasing the circulation of muscle-building hormones, like testosterone. When you can, choose the free-weight version to spur new growth!

Jimmy Peña is the founder of PrayFit and has been the exercise physiologist to Tyler Perry, Mario Lopez and LL Cool J.