The 212 Olympia Showdown promises to be a close fight. Everyone wants the 212 crown, but only one man can claim the throne. Get the prejudging scoop.

The biggest of the best IFBB bodybuilders began their brawl last night. Today, the titans of the 212 Showdown—reserved for men who weigh 212 pounds or less—began their own fight, competing this morning at the Mr. Olympia Expo. Champs for both categories will be crowned tonight at the finals, and we'll bring you a full report shortly after the show.

The 212 prejudging began with each competitor performing his individual posing routine, giving the judges a good look at each man before the comparison round. In that second round, four bodybuilders stood out to the judges: Eduardo Correa da Silva, David Henry (2008 Showdown winner), Flex Lewis, and Jose Raymond. 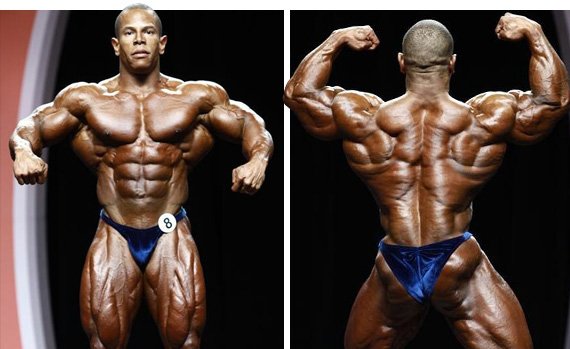 These four constituted both the first callout and the last. The judges made them work for their placings. During the last callout, they were taken through the mandatory poses three times—stage right, stage left, and center.

It's hard to predict how the judges will sort this out, but keep in mind that Flex Lewis, who finished second last year, was widely perceived to have been the best bodybuilder in the 2011 lineup. In the end, Kevin English, the reigning champ, was given the win. This year, there's no chance of that: English is sitting on the sideline after winning the previous three titles (2009-2011).

While Flex is the sentimental—and crowd—favorite, Eduardo Correa da Silva also had a partisan cheering section, which was well deserved. Look for him to finish at or near the top of this select company. 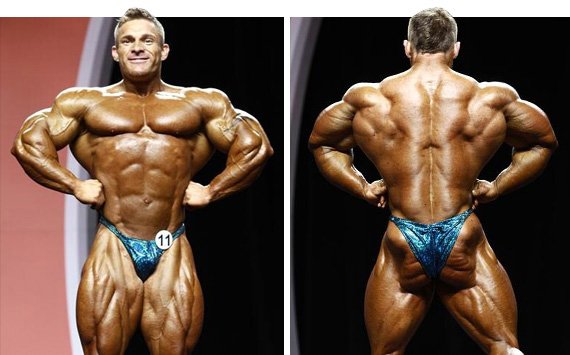 Battling it out to perform their posing routines tonight—only the top-six finishers earn that right—were Al Auguste, Tricky Jackson, Curtis Bryant, Gaetano Cisternino, and Fernando Noronha. Of this group, only two will join the top four.

Al Auguste gets the nod as the favorite among this crew. He was called out first and moved to the center, generally a sign of a favorable response from the judges. Of the others, Tricky Jackson—called the most entertaining man in bodybuilding by emcee Bob Cicherillo—may win a place in the top six for his superb showmanship.

Tonight we'll learn which of these men breaks Kevin English's streak of three wins. It promises to be a close fight.