The temperature gauge registered around 85 degrees, but San Antonio, TX was smoldering HOT on Saturday, May 3rd as the athletes competing in "Diana Chaloux's FAME South Central Championships & Sports Expo" took the stage at Historic Sunset Station. The quality and caliber of the athletes vying for their Pro Status was so impressive that the judges awarded a total of 9 pro cards!

The competition weekend started up on Friday, May 2nd as Diana, WNSO Co-President and Co-Owner Mindy Blackstien took some of the FAME athletes down to the beautiful San Antonio Riverwalk to do some sight seeing and to promote the show. Next up was registration.

Gold's Gym, one of the title sponsors for this event, provided the athletes with some SWEET duffel bags to hold all of their goodies from the show, including the Bodybuilding.com athlete t-shirts which were a HUGE hit!

The evening show started off with a performance by Mexicapan Dance Academy who did traditional Mexican Folkloric Dance in celebration of the Cinco de Mayo weekend, Little Egypt Bellydancers also provided entertainment and FAME Pro Bodybuilder Jason Powell was the guest poser. Diana Chaloux served as the MC for the evening show. 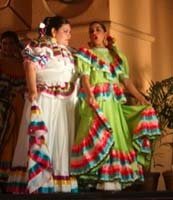 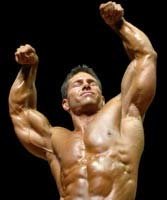 Walking away from this event with new FAME pro cards were:

Photographers for this event were Rick Hamlet (who also provided full videography), Brent Allen of Bodybuilding.com and Tekla Frates. The athletes weekend was finished off with a fun round of creative photo shoots on Sunday afternoon with Frates.

Alright, well I need to just get real for a second. I'm sitting here trying to write this article as cool, calm and professionally as possible... but come on y'all... this was my first event and I'm so excited because IT ROCKED!

The athletes were amazing, the judges were awesome, the crowd was excited and loud, the posing clinics were fun and these athletes were so supportive of each other! 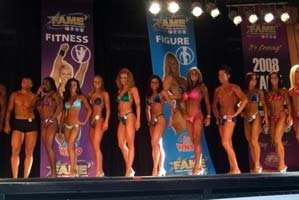 The athletes standing on the sides of the stage were cheering for the athletes on the stage... I could simply not have hoped for a better event. It has me so excited for next year's Pro Qualifier which we'll have again here in San Antonio. 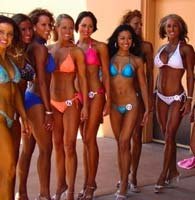 Click To Enlarge.
I Could Not Have Hoped For A Better Event.

In the meantime keep your eyes and ears peeled for additional events we will be hosting throughout the state of Texas. Now that I've got a little team of Pro's to work with in San Antonio we are taking the state by storm. I also took a ton of behind-the-scenes video for my series here on Bodybuilding.com: Fit Dreams Come True with Diana Chaloux! so stay tuned!