Michael dominated NPC physique competitions and positioned himself to try for an IFBB pro card. See how he plans to leave no doubt at his next show!

In August 2010, I weighed 232 pounds, had a 40-inch waist, was prediabetic, and suffered from ill-effects of asthma and a torn knee ligament. During that time, my father passed away from complications of type 2 diabetes, which got methinking about health. I was terribly out of shape, out of energy, and was unhappy with my life.

I found motivation to start running and eating healthy and set a goal to weigh less than 200 pounds. On New Year's Day 2011, I met my goal by losing more than 32 pounds and 5 inches from my waist. I lost most of the weight with a balanced mix of nutrition and cardio. I ran many 5k and 10k races and a half marathon. After I lost enough fat, I joined a gym and started weight training.

My body became toned and muscle appeared rapidly from lifting. I transformed my body and my life. I'm no longer prediabetic and have more energy than ever. I feel healthier now than I was before in the U.S. Army. 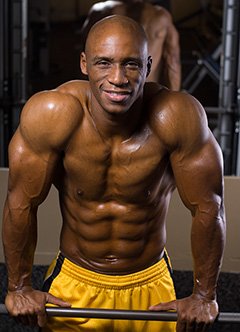 "I plan to compete in a national show. If I place high enough, I can win an IFBB pro card."

I garnered attention from a transformation story posted online about me, so I started a fitness blog called Rippedrunner.com to help others transform and become healthy.

On March 10, 2013, I entered my first men's physique competition at the 2013 NC Nutrition Company Denver Open and took first place in several categories. Winning my first competition was exhilarating, so I competed again April 13, 2013, and placed fourth in men's physique open class C, which qualified me for nationals. I won my second overall men's physique award at the NPC Steel City Championship in June 2013.

I plan to compete in a national show really soon. If I place high enough, I can win an IFBB pro card. After five competitions, I secured sponsorships with Quest Nutrition and Complete Nutrition. With the help of these companies, I can tell my story to a wider audience. My ultimate goal is to turn pro and help others become healthy and fit. 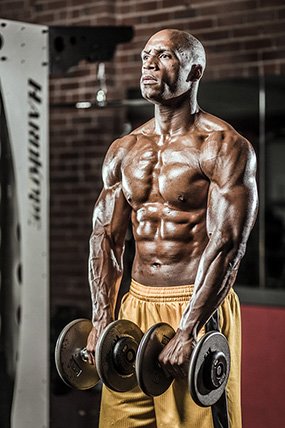 I want to build a world-class physique and compete in men's physique competitions around the world. I want to be considered one of the best competitors ever. I'm fascinated by the brotherhood and sisterhood within the fitness world. When I started going to shows, I was pleased to see how many top competitors were close friends. I met Jay Cutler and Phil Health at the NPC Jay Cutler Wyoming Classic and we became friends.

The opportunity to get better and stronger motivates me. When I go to the gym, I think about the people in my life who support me and make sacrifices so I can keep training hard. I compete because I love bodybuilding and want to make my supporters proud.

I'm surrounded by a supportive group of family, friends, and fitness buddies. My wife helps cook my meals and is supportive. My children have been to a few of my competitions and I was happy to see and hear them in the crowd. My relationship with my support system is reciprocal; they motivate me and I motivate them.

I plan to hit the national circuit again and compete for an IFBB pro card soon. More importantly, I want to continue to grow physically and spiritually and share my story so people embrace lifelong health and fitness.

Track your workouts and focus on progression. Document how much you lift. Over time, your lifts should get progressively bigger. If you can track it, you can change it! 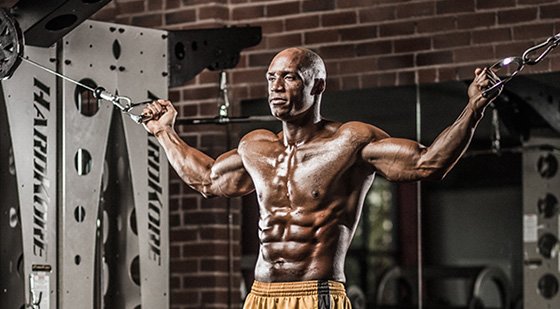 "I view the BodySpace community as family."

I'm a huge Lee Haney fan. He had an awesome physique and was a great teacher. I watch his old videos and find ways to incorporate his teachings into my workouts.

I rely heavily on Bodybuilding.com for trusted health and fitness information. I read many articles about peak week, competition prep, and macronutrients. I love the Ask the Ripped Dude articles by Obi Obadike. I view the BodySpace community as family. There are many inspiring people on BodySpace who I'm truly grateful for.