Every 5 seconds, another American develops type-2 diabetes. The author of SUGAR NATION--and our editor-in-chief--offers advice to keep you from becoming one of them.

My book explains why and how type-2 diabetes and its precursor, prediabetes, have gone from being medical footnotes a century ago to an epidemic today, one so vast that one in three adult Americans now has a serious blood sugar problem. I examine the disease as a prediabetic thin person whose father recently died from type-2 diabetes, following amputations, kidney failure, and other complications.

As a result of being thin, I challenge many of the assumptions about the disease and its prevention and treatment. I've concluded that lifestyle change is the only society-wide solution, and that major health organizations such as the American Diabetes Association A) fail to make this imperative sufficiently known and clear and B) often give the wrong lifestyle advice when they do attempt to convey the message.

Q: What is diabetes? Could you explain the difference between type-1 and type-2, and prediabetes?

Diabetes is a disease whereby the body can no longer regulate glucose metabolism properly. In type-1 diabetes, this occurs (typically during adolescence) because an autoimmune response destroys the insulin-producing cells of the pancreas. With no insulin to usher glucose from the bloodstream into cells, the body can't survive very long. Hence the need to take insulin.

Type-2 diabetes results from resistance to internally produced insulin at the cellular level, caused by some combination of inactivity, poor diet, weight gain, and genetics.

The pancreas blasts out more insulin as cells grow resistant to it; eventually, the insulin-producing capacity of the pancreas "burns out," the same net effect as the autoimmune response, only protracted. Types-1 and -2 have different origins and the same end game.

Prediabetes is a transition state between healthy glucose metabolism and full-on type-2 diabetes.

They used to call type-1 juvenile diabetes and type-2 adult-onset diabetes, but because so many overweight children and teens are now developing type-2, that terminology is outdated.

Q: In your own case of prediabetes, what were the warning signs that you missed or detrimental habits you didn't know you had?

The warning signs I missed were headaches, fatigue, excessive thirst and hunger, and increased urination. The headaches and fatigue were timed or cycled with what I did or didn't eat; I just didn't realize it at the time.

None of these habits caused me to gain weight--but they were turning me diabetic. I just didn't realize what was going on inside my body.

Q: What is so bad about carbohydrates? What is a healthy amount to consume?

Carbohydrates per se aren't bad; the problem is the form in which we now consume them, and the quantity we consume. The sugar load that comes from snack foods and soda has been divorced from the fiber that used to surround it in whole foods; and concentrated in forms, such as soda, that allow vast quantities to hit the bloodstream very fast. 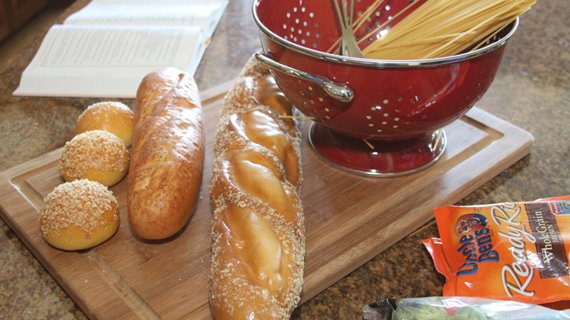 Feasting on foods like these without exercising
sets the table for type-2 diabetes.

Our metabolic systems and satiety sensors weren't designed to handle anywhere near that load; they become overwhelmed and damaged. Someone with prediabetes or diabetes should be wary of consuming more than 100 grams of carbs a day (my own guidepost is about 80 grams), in my opinion, and those carbs should come from healthy sources such as vegetables and nuts.

The more you exercise, the more tolerant your body will be of carbohydrates. If you want to consume more carbs, work out more to account for them.

Q: What are five inexpensive food options a diabetic person could buy at any grocery store?

Almonds are a healthy snack food for anyone, but they're amazing for those with poor glucose metabolism.

Eggs are also great; probably the best move any diabetic can make is starting the day with eggs rather than muffins, cereal, doughnuts, croissants, home fries, and other carbohydrate-laden foods.

Broccoli is another diabetic super-food, so I'd stock up on that every time.

Cottage cheese is cheap, versatile, and healthy for diabetics, especially with nuts added and cinnamon sprinkled on top.

Fish is great too. That would round out my top five.

Q: What do you look for on packaged food labels?

I look at total carbs, and then I subtract the fiber from that number. I also look at how many of those "net" carbs (total carbs minus fiber) come in the form of sugars, knowing that those in particular will hit my system quickly, causing problems in my insulin response.

I'm looking for carb counts in the single-digits, generally, which rules out most packaged foods. What I find is that when I "dial in" the carb aspect of my diet, the other macronutrients (protein and fat) more or less take care of themselves. For example, you'll steer away from trans fats without even realizing it once you ditch those packaged carbs.

My body receives the right fuel mix as a result. 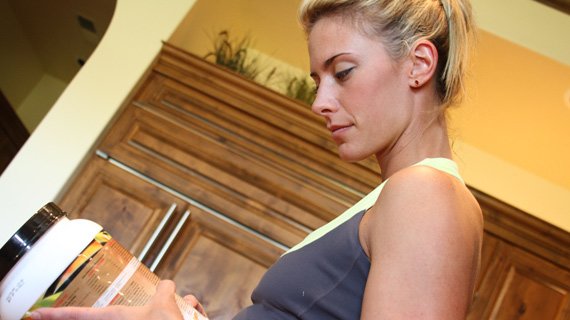 Engineered products like protein powder are healthy
for diabetics; processed junk is what's killing them.

Q: What are a few foods you would never (or almost never) eat again?

I'd never again drink a regular soft drink. That's akin to swilling poison for someone with impaired glucose tolerance. I limit dessert to special occasions.

White rice and baked potatoes have also been crossed off my shopping list. Ditto, bread. White's the worst, but all breads contain a heavy carbohydrate load for someone like me. 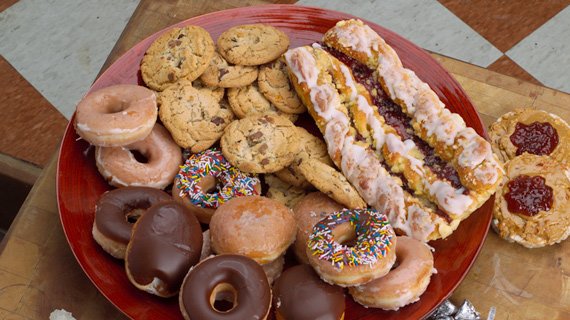 These deliciously disguised treats should come with a Mr. Yuk sticker.

Q: We're always hearing about controversy with high fructose corn syrup and artificial sweetners like Splenda. How have these things contributed to the diabetes conversation?

Artificial sweeteners such as Splenda enter the diabetes conversation as sugar alternatives that have limited or no blood sugar effects. They may be potentially unhealthy in other ways--that's hotly debated--but they are a better short-term choice than caloric sweeteners for diabetics and prediabetics who feel compelled to add something. (I don't.)

High fructose corn syrup is a major culprit in the diabetes epidemic because it's the most commonly used form of concentrated sugar on the market. It isn't necessarily worse than other sweeteners, as some argue; it's just ubiquitous. 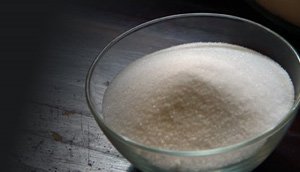 Sweeten your food without negatively affecting your blood sugar. It's a win-win!

Q: But it's not all about what goes into the body. What are some benefits diabetics receive from regular exercise?

The benefits of exercise for diabetics are numerous and remarkable. First, it helps with weight management and body composition, a major factor in diabetes.

Second, it dramatically improves glucose metabolism by lessening insulin resistance; it literally opens a second channel into cells, one that isn't even dependent on insulin.

Third, it improves heart health, and the majority of diabetics die from heart disease.

Fourth, it boosts mood, and depression is common among diabetics.

A body that exercises daily becomes an extremely inhospitable environment for type-2 diabetes.

Q: You mentioned that changing your diet actually made you come to appreciate and enjoy foods more. Can you speak about that and what other health benefits have you enjoyed as a result of your lifestyle changes?

I just didn't realize how good food tastes before being loaded with sauces, sugar, and salt--because that's all I knew. Ordering steamed shrimp and broccoli plain tastes so good without all the junk they heap on it in the restaurant kitchen, for example. 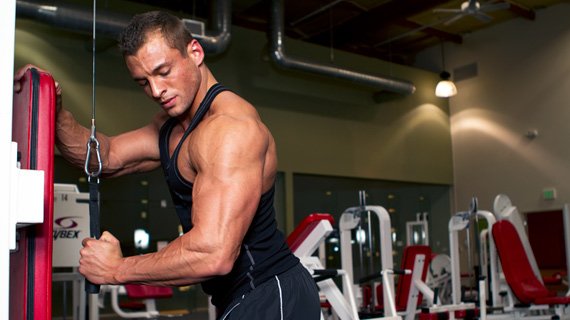 "Wow, that triceps extension was easy, thanks to a healthy diet!"

Q: It seems that between the food industry, the drug industry, and under-informed health care professionals, there is a lot working against diabetics in addition to the disease. How are we, as a nation, dealing with these issues as type-2 diabetes becomes more and more widespread?

We are dealing with it by investing enormous sums in drug development, dialysis, and other health treatments that attempt to manage the demise of those with type-2 diabetes.

In other words, we are not dealing with it all, since the solution is prevention and then early detection and lifestyle change when the disease does rear its head.

The food and drug industries are in the business of making money, not surprisingly, so the solution doesn't lie there. Health care professionals and organizations such as the American Diabetes Association should be a counterweight to the influence of those industries, but too often, they're complicit instead.

Q: What is the single most important thing that a reader should take away from your book?

That type-2 diabetes will enter your body only if you lay out a welcome mat by not exercising and eating too many processed carbohydrates. You don't have to do anything extraordinary to stay diabetes-free, or to turn back the disease at its inception.

Just eat nutritious foods in reasonable amounts and exercise daily--like you're supposed to be doing anyway. Your body will weigh what it's supposed to weigh, and diabetes will look elsewhere.