Double Protein Power: The Value Of Milk And Eggs

There's a reason that so many old jokes start off with someone going to the grocery store for a dozen eggs and a carton of milk. These two items are the types of foods that the word "staple" was invented to describe.

Vegans notwithstanding, home isn't quite home without them. The human race has been consuming both eggs and animal milk for the last 9,000 years or so—probably longer in the case of eggs—and for good reason. These foods are satisfying, and they give us the protein we need to grow and thrive.

You may think you know these foods inside and out. After all, they were probably some of the first things you ate, and unless you make a concerted effort to keep them out, they're still contained in plenty of what you eat. But that doesn't mean you know why they're so good for you, or why they belong front-and-center in your muscle-building meal plan.

Let's take a closer look at these two fundamentals of human nutrition.

Milk Does a Muscle Good 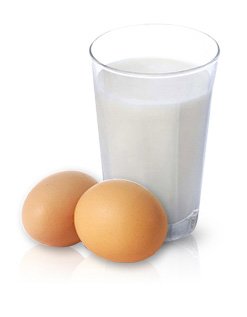 Cow milk and its fermented offspring Greek yogurt can easily rank among the top muscle-building foods. I base this not only on the density and types of protein they deliver, but also the other muscle-supporting nutrients they contain.

The family farmer knew what was up: milk and eggs for breakfast cannot be beat!

First off: The cow milk you drink as an adult is very different from human milk. Whereas whey protein outranks casein protein in human milk at a 60:40 ratio, casein accounts for roughly four-fifths of cow milk's protein; whey makes up the other 20 percent of protein.1,2

While we're on the subject, we're all also guilty of using the terms "casein" and "whey" in the singular, but in actuality both refer to a range of globular proteins that are grouped together in milk.

In the case of casein, the proteins are bound with minerals like calcium and phosphorus in ball-like clusters called micelles—hence the "micellar casein" in casein supplements. Whey, on the other hand, consists largely of the proteins beta-lactoglobulin, lactalbumin, immunoglobulins, and some other albumins. The most abundant whey protein is beta-lactoglobulin, which is rich in the amino acid leucine. In addition to intact whey and casein proteins, milk contains small amounts of free amino acids and small peptides.

So how do all those different proteins deliver in terms of dietary protein and nutrients for you? In the case of skim milk, each fluid ounce contains approximately 1 gram of protein, whereas Greek yogurt typically provides approximately 2 g per oz. Milk protein is among the most concentrated protein sources of leucine, the branched-chain amino acid that most directly targets mTOR signaling, a process which helps to optimize muscle protein synthesis (MPS) after a tough workout and throughout the day. 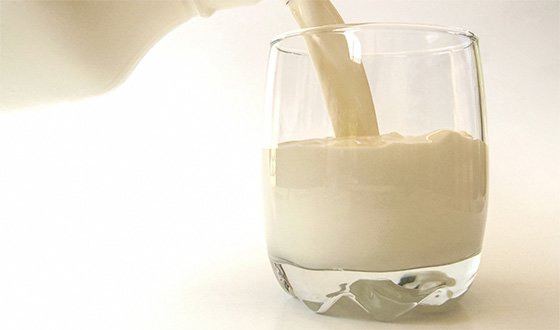 Milk protein is a great source of leucine, a critical BCAA. It helps optimize muscle protein synthesis after a tough workout.

A number of research studies have concluded milk's potential to boost MPS when taken post-workout, both on its own and in alignment with milk-derived supplements such as whey powders.3,4 Whereas milk protein concentrates can run the gamut in terms of protein content, whey supplements are consistently higher: 80 protein dry weight in the case of whey protein concentrate, and 90 percent for whey protein isolate. Whey also tends to be more quickly digested and absorbed than other food proteins, which is a major part of its popularity.

Another advantage that both whey and casein supplements have over liquid milk is that they dramatically reduce the caloric and fluid load to achieve an efficacious level for protein and leucine. For instance, to achieve the same level of protein in a 25-g whey supplement a person would need to drink a little more than 3 cups of milk or eat at least a cup and a half of Greek yogurt. However, the protein breakdown would still be about 5 g of whey and 20 g of casein.

This by no means makes whey better than milk or casein, but just different. Keep both tools in your arsenal to maximize MPS from the first meal of the day up through when you fall asleep.

Eggs: As Great As Ever

For many years, the egg was considered the perfect food, largely because it had the highest score on the protein efficiency ratio (PER). This long-popular test was based on the ability of a food to promote growth of young animals in research studies, whereas today's researchers prefer to rate protein quality by other measures, such as the Protein Digestibility Corrected Amino Acid Score (PDCAAS). But guess what? Eggs are still at the top of the heap, alongside milk proteins. 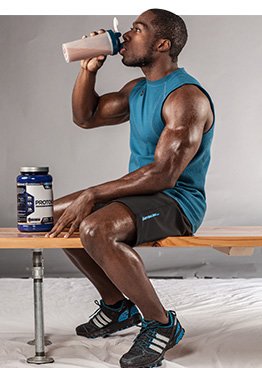 Whole eggs and egg whites both have nutrients you need. You need both white and yolk to get yoked!

So what makes eggs so great when it comes to building muscle and supporting a leaner body? Let's begin by looking at them on a molecular level. The protein content of an egg is split fairly evenly between the yolk and the whites. However, egg whites alone contain at least 40 different proteins, including ovalbumin, conalbumin, ovomucoid, avidin, flavoprotein-apoprotein, "proteinase inhibitor," ovomucin, and globulins. Protein collectively accounts for approximately 11-12 percent of liquid egg whites, whereas the rest of the content is water and a little bit of carbohydrate, fat, and other nutrients.

In contrast, most egg yolk proteins take the form of lipoproteins, where the protein is bound to or interacts with fat. This contributes to a yolk's gel-like consistency.

The calories found in egg whites come largely by way of protein, which is why the whites have long been a go-to food for protein seekers.

To highlight the difference between whole eggs and whites, a medium-sized whole egg contains 6 g protein, constituting about 24 kcals of the egg's 75 kcals total. Only a third of a whole egg's calories come from protein, whereas protein accounts for more than 90 percent of an egg white's calories.

So you should avoid the yolk, right? Not so fast. Egg yolks contain crucial vitamins including biotin, folate, choline, riboflavin and vitamins B6 and B12, as well as key muscle-supporting minerals such as iron, phosphorus, and zinc. Plus, many of the longstanding notions that egg yolks increase LDL and total cholesterol have been rethought over the past decade. The whole egg is good to go again, both at breakfast and throughout the day.

But just as with whey and milk, many people strike a balance between the protein isolate (whites in this case) and the whole food from which it is derived. For instance, you could make an omelet containing four whites and four whole eggs. This is both a more nutritious offering and, let's be honest, a better tasting option than using whites alone.

It's no accident that so many of us start off our day with milk, eggs, or some combination of both. Not only is this a protein-packed breakfast, it's also a satisfying one; both milk proteins and eggs have been shown to promote satiety, or feelings of fullness. This translates to less hunger, and fewer wasteful calories consumed over the course of the day. 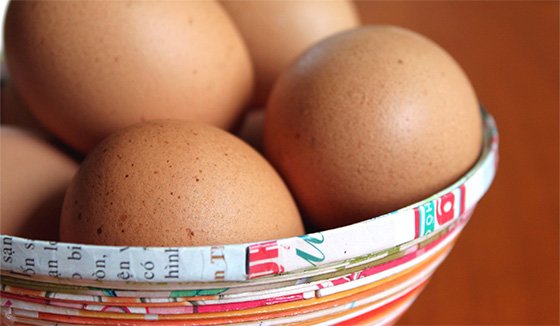 In the battle for breakfast, the egg beats the bagel every time.

In the case of eggs, one study showed an egg-based breakfast to significantly reduce short-term food intake and induce more satiety than one built around simple carbs such as bagels.5 Another study carried the same premise out longer, and found that eating eggs led to consuming fewer calories throughout the day than in the case of bagels.6

The takeaway: Toss the bagel to the birds and build your diet around foods with undeniable, established nutritional value. Start with the classics!