Give L-Citrulline Some Consideration For Greater Performance In The Gym!

While there is much talk about amino-acids, many people don't take much time to differentiate between them and learn their benefits... The following sheds some light on what L-Citrulline is and its benefits. Learn more.

While there is much talk about amino acids in general, many people don't take much time to differentiate between them and learn what benefits each one has, while taking the time to learn if they should be supplementing with the individual amino acids to promote the most optimal health and results from their training as possible.

One such amino acid, which is especially important for those who are looking to build muscle is L-Citrulline.

The primary role of L-Citrulline in the body is to support the optimization of blood flow to the tissues, which is critical for helping you not only perform your workouts to the best of your abilities, but also to speed up recovery. 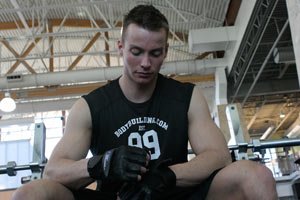 Click Image To Enlarge.
L-Citrulline Helps To Speed Up Recovery.

If blood flow is not optimal, you're more likely to find that you won't be able to get into the gym on a regular basis since you're body is going to be taking more time repairing the body tissues after each workout you do.

When blood flow is optimal, however, the body will be delivering essential nutrients to the muscle tissues, including both carbohydrates and protein that are necessary for recovery, so you won't see nearly the same performance declines as you otherwise would.

L-Citrulline functions in the body by being converted to L-arginine and then into nitric oxide. This nitric oxide is then going to be involved with vasodilation. This vasodilation is what helps increase the amount of blood and oxygen that is delivered to the working muscles, helping to prevent both mental and physical fatigue.

Many people are currently taking nitric oxide products in order to help achieve these types of effects, but if you aren't taking one of these, you can get good results from just supplementing with L-Citrulline as well.

Secondly, L-Citrulline also plays a role in the urea cycle, where it helps to reduce the amount of lactic acid build-up you experience during your workouts.

Avoiding this build up of lactic acid is important in helping to reduce the overall levels of fatigue you feel during the workout, and in addition, if you happen to have ammonia levels that become too high due to lack of lactic acid removal, it can be fatal.

This function is also really important for proper health of the liver, since the liver is what will become very overloaded without enough L-Citrulline, and will be what shows the greatest stress and damage.

Where L-Citrulline Came From

L-Citrulline itself first came from watermelon, hence its name - 'citrullus'. It's also one of the non-essential proteins, which means that you aren't going to be able to obtain it from your food intake alone. 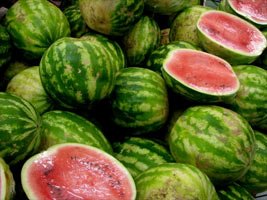 Click Image To Enlarge.
L-Citrulline Itself First Came From Watermelon.

How Much L-Citrulline To Take

When using L-Citrulline as a dietary supplement, you should be aiming to take about 1 and 1/4 teaspoons about two times a day, or the equivalent of 2000-6000 mg per day. Many people do find it beneficial to spread this dosage out around the time you are working out, taking a dose both before and after.

It should be noted though that you should avoid using this supplement if you have kidney abnormalities and should always discuss starting up on a supplement with your doctor first, particularly if you have any health concerns or are already on some type of health-related medications.

So, if you're looking to add a bit more pump to your workouts, L-Citrulline is a product you'll want to look into. For those who are really training hard, it can definitely make a difference in the results you see.