Years ago I became fascinated with the potential role of intramuscular triglycerides (abbreviated as IMTG) as a fuel source in bodybuilding. Find out what it is and what it can do for you.

Years ago I became fascinated with the potential role of intramuscular triglycerides (abbreviated as IMTG) as a fuel source in bodybuilding.

In 1997, diet and supplement guru Bill Phillips did an interview with a fellow named Torbjorn Akerfeldt regarding a new bodybuilding theory on nutrition which included a short mention on the importance of IMTG, a topic Mr. Akerfeldt felt American bodybuilding experts have long overlooked (11).

My ears really perked up when Akerfeldt noted that an increase in IMTG triggered protein synthesis in the body. For those of you ignorant of what increased protein synthesis does, we are indeed talking about bigger and stronger muscles. Then my eyebrow rose when he noted that high IMTG levels increased the "pump" in muscles more than when the muscle cells were full of glycogen (the stored form of carbohydrate).

Hmmm, fat is better than carbohydrate for getting the "pump", huh? That was surely going to ruffle some dietary feathers; think U.S. government food pyramid for starters. Now both my eyebrows were raised. To quote Akerfeldt on the benefits of intramuscular triglycerides: "They help trigger anabolism, they supply energy for your workouts, they help construct muscle cell membranes, and they have a cell-hydrating/cell-volumizing effect by sparing glycogen".

Shortly thereafter I read an article in which Sheel G. Anand interviewed Dr. Barry Sears of the popular Zone Diet and once again the topic convened around the role of IMTG utilization for bodybuilding purposes (12).

In this discussion Dr. Sears states that IMTG are actually the preferred source of fuel for the body during weight-training (anaerobic) exercise. Wow, yet another slap in the face to carbohydrates! Yep, intramuscular triglyceride as an aid to enhancing performance certainly got my attention. Could the fat inside your muscle cells really help you gain size and strength?

Is it the preferred source of fuel for muscles? Well folks, it appears maybe we have cast an inattentive focus on this topic for far too long ... let's see what opinions and research studies have to say about it shall we?

Why Are Fats Called Lipids?

Fats are called lipids in scientific jargon. Many people believe that all fat is stored in the adipose tissue, what is more generally referred to as "body fat", and that the body has only two major sources of fuel it can use: stored fat or stored carbohydrate (glycogen).

True, lipids and carbohydrate are the major fuels for muscular work and it is generally correct to think that the fat and carbohydrate oxidized (burned) during exercise are derived predominantly from triglyceride (fat) and glycogen stored within the body.

Fat and carbohydrate storage within muscle fibers are called intramuscular triglycerides (IMTG's) and glycogen respectively. The muscle fibers use either the stored IMTG or glycogen or it is transported to them via circulation in the form of plasma free fatty acids (FFA), and plasma triglycerides or plasma glucose (1). Plasma FFA and triglycerides are the primary precursors for the resynthesis of IMTG (7).

One obvious benefit of using fat as a fuel is the fact that we have so much of it! A typical person may have 100,000 calories stored as fat and maybe only 2,000 calories stored in carbohydrate form. A 154 pound man with 15% body fat would have close to two pounds of fat in his muscle cells, half of this readily available as fuel for muscle contraction.

The point here is that IMTG's represent a larger percentage of potential energy in the body than does glycogen. The average person has approximately 3 times more IMTG than they do glycogen in the body, and have approximately 6 times more adipose tissue than intramuscular fat; obviously these ratios will vary somewhat depending on the persons body composition.

Okay, time for a little science. Intramuscular triglyceride (IMTG) is defined as lipid droplets stored within the cytoplasm of skeletal muscle fiber cells. This is a preferential location for this lipid to be situated because it places the fat closer to the site of energy production in the muscle fiber - called the mitochondria - where free fatty acids (FFA) released via hydrolysis (breakdown process) are ultimately metabolized.

What that means is it allows intramuscular fat to be utilized at a higher rate than adipose tissue. Going a little deeper here, the pathway of IMTG concentration is said to initiate from the plasma FFA to the intramuscular NEFA (a small intracellular nonesterified FA pool) and finally to the IMTG pool.

The amount of IMTG found within individual fibers, between different fiber types, and between muscle groups varies. Unlike muscle glycogen, which has nearly equal amounts of glycogen stored in both Type I (endurance) and Type II (explosive) muscle fibers, lipid is stored in much greater quantities (2.8-fold) in Type I compared with the Type 11 fibers that give us big muscles.

Nonetheless, it is clear that muscle contains abundant triglyceride deposits and fat is a major fuel in endurance related (submaximal) exercise.

One challenge that stumped researchers for quite some time was how muscle triglyceride is broken down to be used as a fuel. Until recently, we didn't even know which enzyme initiated the breakdown of triglycerides. During exercise the breakdown of IMTG is thought to be completed by two enzymes.

It has now been demonstrated that hormone-sensitive lipase (HSL) exists in muscle and is considered to be the rate-limiting enzyme for IMTG hydrolysis. HSL is believed to be regulated by intramuscular (contraction) and extramuscular (epinephrine/adrenalin) factors (2). Muscle HSL content correlates well with the known concentrations of IMTG storage and the oxidative capacity of skeletal muscle fiber types, thus implying the presence of lipolytic (fatmobilizing) activity in skeletal muscle.

What Did The Experts Say?

One may wonder why we don't have an in-depth knowledge on the role of IMTG utilization in exercising muscles. Heck, I e-mailed two official Zone websites regarding existing research on IMTG specifically for anaerobic (weight-training) exercise and each response came with a four-letter word reply: NONE.

That's right, I gazed sheepishly at a 17" monitor with only the word "NONE" on it... I was so dismayed I considered forwarding an alternative version of a four-letter word reply! Considering I had spent countless hours tracking studies specifically related to resistance exercise to no avail, I guess I shouldn't have been so surprised by this outcome. The initial challenge for researchers was finding a way to accurately measure IMTG's.

Traditional techniques (e.g., radio active-tracer methods) were unlikely to be suitable for measuring the metabolic parameters of IMTG pools. However, the advent of a more useful technique appears to be by "infusing C-labeled FFA tracers and measuring enrichment with gas chromatography-combustion-isotope ratio mass spectrometry (GC/C/IRMS)". 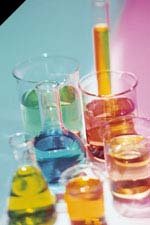 Yep, that's a certainly a handful right there, however the resulting approach has proven successful in measuring the metabolic parameters of fatty acids and should be useful for further studies of skeletal muscle lipid metabolism (7). The technique used on humans to measure IMTG is from muscle samples obtained by the needle-biopsy technique that are analyzed by chemical extraction.

Generally, samples obtained pre- and post exercise are freeze-dried and dissected free of non-muscle contaminants under magnification. Thereafter it is isolated, hydrolyzed, and the final concentration is related to the amount of released glycerol or FFA in solution (2).

Thus, with the advent of more sophisticated techniques, we have been able to jump over a major hurdle in finding a better way to accurately measure IMTG parameters. Things are definitely looking better.

What do we know?

Be sure to also check out:
High Cholesterol & Its Affects On Your Body!