As we were just about to leave another decade behind us, advanced scientific research once again uncovered a monumental discovery... Learn more about HSPs right here.

With all of the scientific advancements that occur on a week-to-week basis in our society, it's very rare to come across discoveries that truly alter the bodybuilding community.

Discoveries like nanoparticulation and nitric oxide are among some of the most monumental discoveries within the muscle-building realm of the past 20 years.

As we were just about to leave another decade behind us, advanced scientific research once again uncovered a monumental discovery in an industry that contains some of the most research-funded projects in the nutrition world - sports supplementation.

For decades, researchers have been analyzing detailed ingredients and combining them into products that are specifically designed for elite athletes and, more specifically, bodybuilders.

Examples of some of the most significant nutritional discoveries that have been used in supplements that build muscle include caffeine, whey protein and creatine. But over the last few years, there have been few scientific discoveries within this industry that have truly made a significant impact. That is, until now.

Recently, supplement researchers have discovered a group of critically important biological regulators that have been shown (in-vitro) to be a powerful tool for building muscle. These regulators are known as Heat Shock Proteins, or HSPs. 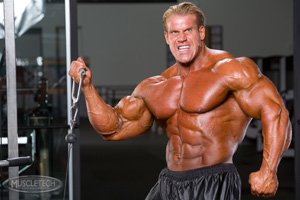 Click To Enlarge.
It's Been Said That Bodybuilders Utilize Nutritional
Supplements More Frequently Than Any Other Athletes.

The Science Behind HSPs

HSPs are biological regulators that act as protective mechanisms for muscle cells throughout the body during increased periods of stress and elevated temperature. To illustrate just how cutting-edge the research on HSPs truly is, scientists are investigating their effects on astronauts to help them preserve valuable muscle throughout space flight in extremely low-gravity environments.

With the revolutionary power of HSPs, scientists believe they have found a way to combat muscle atrophy (muscle loss) during space flight.

Further investigation into HSPs showed that they are involved in intricate biochemical reactions in the body, including helping to ensure cellular stability and homeostasis from the barrage of chemical byproducts and internal environment chemical shifts caused by extreme temperatures and rigorous exercise.

What's more, researchers have concluded that HSPs have been shown to act as lifeguards against physical and chemical stresses and assist in protein formation and stabilization. 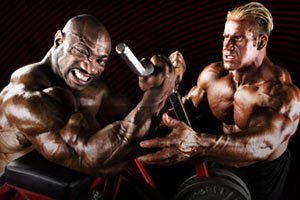 Click Image To Enlarge.
HSPs Have Been Shown To Assist In
Protein Formation And Stabilization.

Industry insiders are intrigued at the conclusions reached throughout the research process into HSPs. One study showed that HSPs help facilitate the processing (or activation) of proteins once produced by protein-building machinery in muscle cells.

HSPs were found to help the newly formed protein fold or configure into the correct 3-D shape to make it functional and also help move the protein to its correct location in the cell. Cutting-edge research also shows that HSPs play an extremely crucial role in accelerated protein synthesis, activating intracellular growth signals and assisting in protein stabilization.

In a recently conducted breakthrough laboratory study (in-vitro), HSPs were shown to be a powerful tool for building muscle. As HSPs are upregulated during intense training sessions, a pre-workout product used to increase HSP activation would be beneficial to bodybuilders. 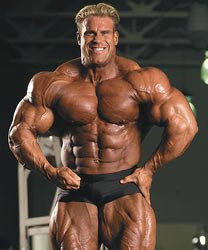 Industry insiders are extremely interested to witness the powerful effects that HSPs are going to have within the bodybuilding community. So for the bodybuilder that's looking for a revolutionary new way to increase their gains, sourcing out a product that activates HSPs would be increasingly beneficial. Why? Because the activation of HSPs within muscle cells dramatically increases several key processes that are extremely beneficial to bodybuilders.

Examples of these processes include muscle recovery, muscle cell protection, protein synthesis as well as creating new muscle tissue. In addition bodybuilders should know that by priming your body for HSP activation pre workout will help trigger maximum HSP response during training. 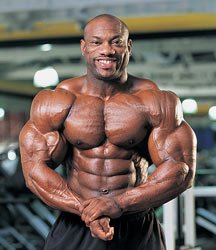 The Future Of Nutrition Supplements

Millions of gym-goers across the country rely heavily on the scientific research behind nutritional supplements to aid them in their quest for increased gains.

HSPs are arguably one of the most revolutionary discoveries in the nutrition industry today and it's safe to say that any nutritional supplement that can incorporate the incredible ability of HSPs could possibly transform the sports nutrition industry forever.