Egg Protein: Unscramble The Science With Our Expert Guide

Is egg protein (as a supplement) a way to hatch new growth, or will it leave your physique cracked? Learn the answer here!

Eggs have gotten a bum rap for decades, when in fact they're one of the healthiest foods you can ever eat. But how does egg protein work as a supplement? Is it a way to hatch new growth, or will it leave your physique cracked?

Not surprisingly, given egg's status as a first-line fitness food, egg protein as a supplement can be used by anyone in need of a high-quality protein to meet daily needs and goose along muscle growth. Egg protein also works for those allergic to soy or dairy. In fact, as you're about to learn, egg protein may be just what you need to reach your physique goals. First, though, you need to know the ins and outs of using the supplement. 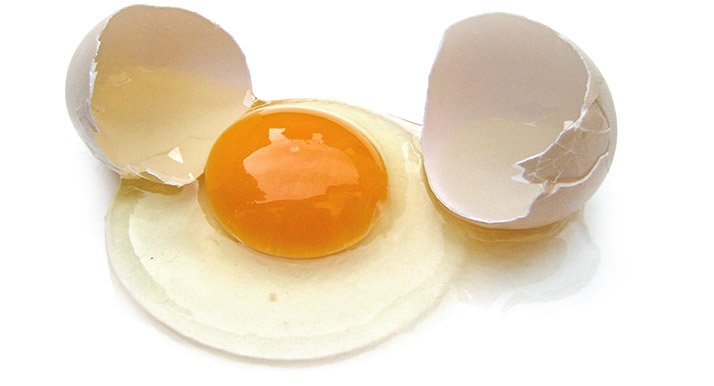 Isolating the egg white, pulverizing it, and drying the remains into a powder is the typical way to make an egg protein supplement. Sometimes the egg yolk is included as well, although most egg protein supplements rely solely on the egg whites (also called egg albumen). When you see the term "albumen," then technically the majority of the fat should be removed via filtration.

The egg-white pasteurization process is a surgical strike. Like dairy, it's an ultra-high heat process of short duration that kills microbiological organisms. Yet it leaves the protein, your muscle-building ammunition, intact.

Bodybuilders aren't the only ones with an eye for egg protein. Solid egg protein powder is also used in baking and confection, and egg whites are used wherever you need high-whipping effects in foods. One way to tell a protein powder is high in egg albumen and low in carbs, fat and gelling agents (e.g. gums) is by how much foam is created - and how long it sticks around.

Eggheads Give The Thumbs Up To Egg Protein

Egg protein stimulates muscle growth and has been demonstrated to increase muscle protein synthesis in university studies. These effects likely result from the high concentration of the amino acid leucine - approximate 9%. Leucine is the major amino acid responsible for stimulating the synthesis of muscle protein after a meal. The only protein source that contains more leucine than egg is mighty whey.

Egg contains 10% to 20% more leucine than most other protein sources. My (Layne's) doctoral research demonstrated that egg protein was more anabolic than both soy and wheat protein. What's more, it increased lean-body mass more than both of those protein sources - even at equal intakes! 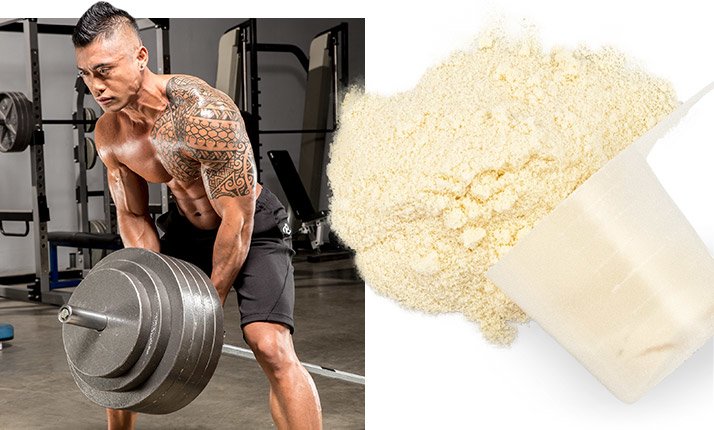 "The body digests egg protein at a rate similar to that muscle-building speed demon whey protein."

The body digests egg protein at a rate similar to that muscle-building speed demon whey protein. After consumption, this rapid digestion leads to a large increase in plasma amino acids after. Muscle cells are sensitive to changes in blood amino acid levels, and this rapid increase causes a correspondingly large muscle-building response.

Research at St. Louis University demonstrated that consuming egg protein promoted satiety while also reducing short-term food intake. So eggs may be beneficial for people looking to lose fat - but who don't want to feel like they're starving in the process. The benefits don't end with muscle growth, though. Egg protein is also chock-full of important vitamins, minerals and micronutrients. There are other benefits to consuming egg beyond its muscle-supporting effects - which are substantial.

Cracks In The Shell Game?

Egg protein is a rich source of leucine, but whey protein has greater leucine density (9% vs. 11%). Having said that, WHO reports that dairy allergies are present in 1% to 4% of adults. Dairy-milk sensitivity, which is not an allergy to dairy, has almost the same prevalence. These individuals can avoid problems by opting for egg protein. That minor differential in leucine density is a small price to pay, we say. Those who are lactose intolerant also might want to opt for egg protein; although it's unlikely (other than placebo effect) they will have issues with whey because of the minor amounts of carbohydrate contained whey that's been highly filtered form.

Egg Protein - Not Just For Breakfast

Let's say you're a 200-pound dude consuming egg protein only. To maximize your muscle-growth response and the resulting gains, consume 30-to-40 grams. To achieve the same effect using soy, you'd probably need to consume 50 grams.

Egg protein can be consumed anytime of the day to great effect. Many people, of course, favor egg protein before and after working out. Dr. Stuart Phillips' lab at McMaster University demonstrated that consuming egg protein even at a dose as small as 5 grams post-workout improved protein synthesis and recovery. However, the best responses were seen at dosages of 20-to-40 grams.

Since egg is digested relatively quickly, many supplement companies have combined egg and whey with a slower-digesting protein such as casein. The goal is to create a blend of protein that offers a steadier, sustained release of amino acids into the bloodstream. Whether this offers any added benefit is debatable. 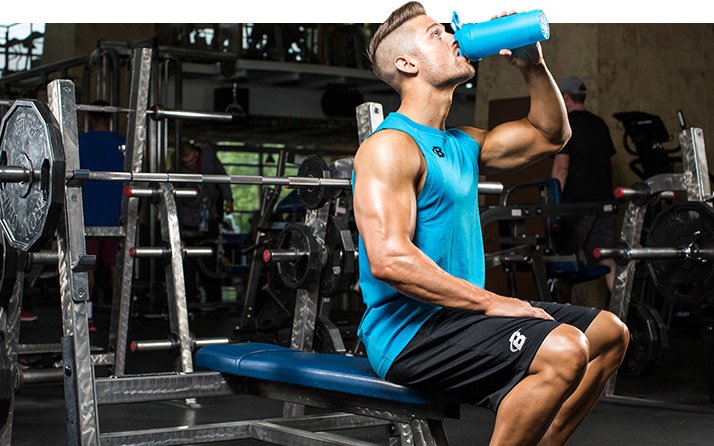 The Side Effect Story

As with almost any protein supplement, eggs produce allergic reactions in some people. You'll know it soon enough, as side effects include gas, bloating, diarrhea and general GI distress. Egg protein may also make your gas more noxious than normal. This is because of egg protein's high sulfur content. So don't slam a double dose before a date.

If you've been advised by your physician not to consume this product due to a health condition, you should avoid it.

Egg protein is an extremely high-quality protein at an affordable price with myriad benefits relating to bodybuilding and health. No more walking on egg shells!