Kava Kava: What Is It And How Can It Benefit You?

Known for its calming and restorative properties, Kava Kava is a medically-proven stress-relieving root, which in recent times has been targeted and packaged for mass consumption. Read below and learn more.

Known for its calming and restorative properties, Kava Kava, a medically-proven stress-relieving root, has been used for over 3000 years by people of the pacific to manage a wide range of physical problems. With the ability to produce a calming effect and treat a number of conditions 4, Kava Kava has, in recent years, been targeted by the supplement industry, and packaged for mass consumption. It can be purchased in tablet form, tincture, soft-gel, liquid, capsule, or, and many would say the preferred option, its traditional powdered form.

Kava Kavas primary active ingredient kavalactones should comprise at least 30% of a standardized product for one to realize its full benefit. Therefore, when purchasing Kava Kava, ensure it meets the highest possible standard - the very highest is denoted with the label: WS 1490. The highest quality Kava Kava will help to enhance health through its many benefits.

For bodybuilders specifically, Kava Kava might help to negate the symptoms of overtraining and enhance muscle growth via muscle relaxation. Before reviewing the many benefits of Kava Kava consumption, we will first explore exactly what this amazing root is and how it exerts influence on our health and well-being.

What Is Kava Kava? 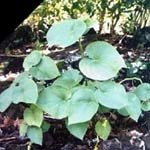 Known primarily as a calming tonic, the root Kava Kava, is a member of the pepper family. This root acts as a natural tranquillizer, steadying nerves and inducing a feeling of well-being - its Latin name is Piper methysticum, meaning intoxicating pepper (Kava Kava results from the grinding of the Piper methysticum root).

Kava Kava is a robust plant, botanically categorized as an erect perennial shrub. This shrub prefers warm, humid conditions to grow up to nine-feet-tall (Kava Kava grows particularly well at an altitude of 150-300 meters above
sea level, in stony ground).

The beverage form of Kava Kava has been used on islands of the South Pacific to counter stress, enhance social situations and for ceremonial purposes for over 3000-years (It is considered the national drink of Fiji).

The active ingredients of Kava Kava are the Kavalactones and other unnamed components which are found in its dense, fleshy, roots. The content of Kavalactones in any given Kava Kava root varies from 3% to 20% - more than a dozen Kavalactones have thus far been found.

Kava Kava is thought to exert its therapeutic effects by acting on the limbic system (an ancient part of the brain that controls emotions), without dulling the mind5. The Kavalactones do not interact specifically with the receptor binding sites in the limbic system which cause sedation, rather, they modify the receptor domains.

The effect of Kava Kava causes one to feel happy, unconcerned and contented. Mental status (in terms of acuity and cognition) is not altered despite tiredness of limbs and the dreamy state one enters. Kava Kava will not place one into an angry state and there are no hangovers.

What Are Kava Kava's Benefits?

Kava Kava's relaxant and calming properties can help to offset a number of problems, most notably stress and disrupted sleep patterns. However, in addition to these, Kava Kava has many more benefits.

How to use Kava Kava

Consider the type of Kava Kava product to be used to ensure it meets quality standards - use products that contain at least 30% of the active ingredient Kavalactones. Many herbalists recommend freeze-dried Kava Kava as the freeze-drying process captures all of the beneficial properties, without adding any potentially harmful substances. 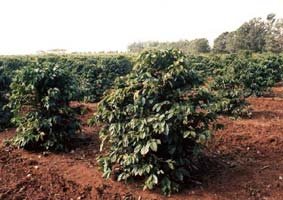 The freeze-dried capsule will also contain a condensed version of the Kava Kava root and consequently will have a higher potency. Another key with Kava Kava use is to ensure dosages suggested are followed and excessive amounts are not consumed, due to potential liver toxicity - under no circumstances should more than the suggested dose be taken. A way to ensure excessive dosages aren't inadvertently taken is to take Kava Kava intermittently (one month on one month off for example).

If label instructions are followed there should be no adverse effects. However, there are some possible side-effects associated with Kava Kava consumption. With very high dosages, one could encounter blurred vision, shortness of breath, difficulty walking, disorientation, bloodshot eyes and intoxication5.

Liver toxicity is a much debated side-effect of Kava Kava consumption. The jury might be out as to the specifics, but one needs to be extra careful, especially where larger doses (greater than 300-grams-per-week) are concerned. 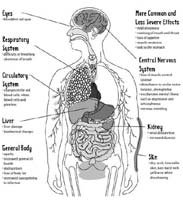 Signs of liver toxicity include, loss of appetite, increased fatigue, nausea, yellowness of the eyes, darkening of the urine, and pain over the upper right abdomen. More common side-effects include stomach upset and morning tiredness.

Long Term Use Of Kava Kava May Result In:

The best way to combat these problems is to stagger Kava Kava use (one month on one month off, for example), or to use it for specific purposes (when in an overtraining state or if depressed, for example).

The therapeutic effects of Kava Kava may help with a variety of conditions or have a range of specific functions. Kava Kava could be thought of as a legal euphoric agent that contains natural substances specifically designed to calm and relax. Use it today and see for yourself.