You wish you had this sort of access. If Cory wants it, someone makes it. That's power, baby. That's the lift life.

Cory Gregory lives and breathes the MusclePharm lifestyle. He uses the professional-grade supplements his company produces, and not just because he gets them on the house. It's because he believes in their power to support his unique lifestyle.

Cory lifts hard and works with beastly determination in and out of the gym. He's not normal, and that's a good thing.

Supps From the Top Down

"The training we do is not what the normal guy does," Cory says. "In my opinion, you need extra things. I prepare food like crazy but still have a hard time meeting the needs of my body from a performance level."

Of course, there are sweet perks that come with his job. Not only is he able to use MusclePharm supps at will, but he actually has had a few designed personally for him. For example, when he found himself raiding the pantry uncontrollably, he talked with Brad Pyatt and Dr. Eric Serrano. The result was Shred Matrix, MusclePharm's appetite suppressant.

"Part of the reason we created Shred Matrix is that I was in the cupboards at night and I needed appetite suppression at a high level," Cory says. "I didn't want something that had caffeine and blew my head off. I wanted clean energy and something that kept me drier. Those were three major components and focus that I looked for." 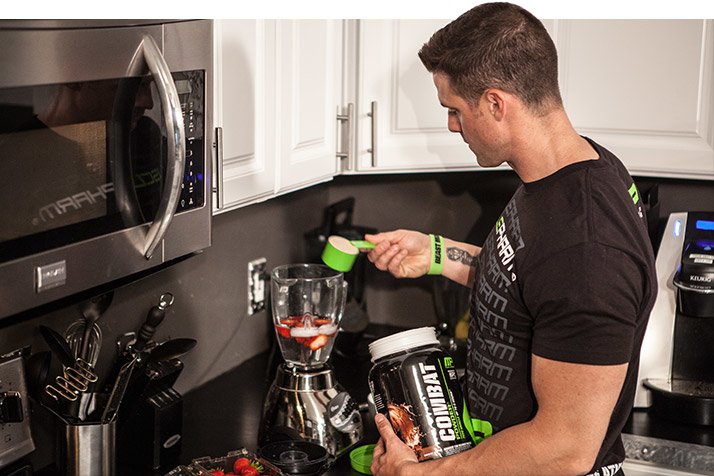 Meal replacement supplements also play a major role in Cory's contest prep, in the form of MuslePharm's MuscleGel. These little packets have become permanent fixtures in Cory's plans. Of course, the company's foundational products like Assault, Re-Con, Zcor, and Combat Powder also each play a role.

"I have access to so many supplements. It's not even really fair, right?" Cory says. "The biggest perk to me isn't hanging out at the UFC fights, or the athletes, or the cool things we do. At the end of the day, I am a straight supplement guy, so to me, having an unlimited branched chain amino acids is key to my success."

That's just one key. Gregory has the nutritional equivalent of a janitor's key ring, and he knows how to open every door.