CoQ10—Ubiquinone Vs Ubiquinol: What’s The Difference?

In order to understand the fundamental difference of Ubiquinone vs. Ubiquinol, you first need to understand what CoQ10 (CoenzymeQ10) is. CoQ10 is a nutrient, discovered by Fred Crane in 1957...find out more below!

In order to understand the fundamental difference of Ubiquinone vs. Ubiquinol, you first need to understand what CoQ10 (CoenzymeQ10) is. At the very least, you probably need to know what it does. You can leave your molecular biology hat at home as I will lay out everything out for you plain and simple.

For those of you who regularly take supplements as part of your daily routine for bodybuilding, sports or just improving your health, you have probably already come across CoQ10. Many of you might discard the thought of using CoQ10 thinking it was a supplement for old people, but how many of those same people not too long ago thought the same thing about fish oil?

CoQ10 is a nutrient, discovered by Fred Crane in 1957, that has profound effects on our levels of energy, stamina, organ health, immune system functionality and more. You can find CoQ10 in fish, like sardines and mackerel, as well as beef and peanuts.

Our cells require this coenzyme to function properly on a day-to-day basis and it's considered to be an extremely strong antioxidant existing within our mitochondria fighting off free radicals. Without it, we suffer cell death—period. Improved health and less cell death is critical for anyone, either a high intensity athlete looking to improve a skill or muscle strength or the average Joe that just wants to enjoy a round of golf.

Not only does this coenzyme play a part in slowing the aging process in healthy people but it can reduce issues with blood pressure, ulcers, migraines, muscular dystrophy, heart disease and a wide variety of other illnesses. 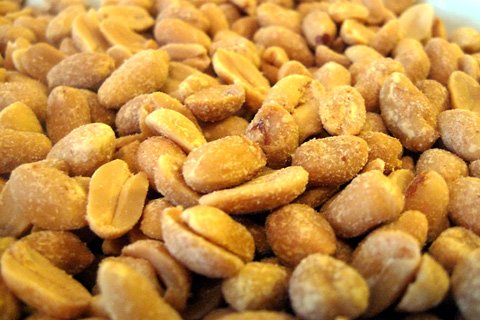 Click To Enlarge.
You Can Find CoQ10 In Fish, Like Sardines And Mackerel, As Well As Beef And Peanuts.

The Two Forms Of Coq10

OK, so how does that relate to the current topic? Well, simple: CoQ10 comes in two forms—Ubiquinone and Ubiquinol. Ubiquinone is more common and widely known because it is the form most commonly sold commercially. Ubiquinone is the completely oxidized form of CoQ10. When taken, this supplement is actually metabolized within our bodies where it becomes Ubiquinol.

Ubiquinol is the strong, antioxidant form of the aforementioned CoQ10. When purchasing CoQ10, if the bottle doesn't mention which form it is, Ubiquinone or Ubiquinol, it is usually Ubiquinone as this is the cheaper of the two forms.

The problem arises with aging in many people; the ability for the body to metabolize is reduced significantly over time and many people will find that it's difficult for the body to break down Ubiquinone into Ubiquinol. There-in lies the difference between the two supplements. Though it will come at a greater cost, taking Ubiquinol after the age of 40 is a good idea.

Ubiquinol supplements are in a form that has already been reduced to being a strong antioxidant. When taken directly in this format it works more quickly and can be delivered in lower concentrations without worry that it's not being metabolized properly.

Researchers have suggested that anyone taking these supplements (one or the other) can gain the greatest benefit of CoQ10 by combining them. The dosage would of course need to be appropriate as it includes both forms of supplement.

For a healthy individual that exercises on a routine basis, consumes a standard diet and lives a generally healthy lifestyle, there's little benefit to switching between the two supplements, combining them, or taking one over the other.

If, however, you suffer from a condition that forces you to take medications like statin drugs (for combating high cholesterol), then it's important to consult a physician about taking the supplement. Medications can affect the metabolic process and some drugs, like statins, are known to decrease CoQ10 levels. 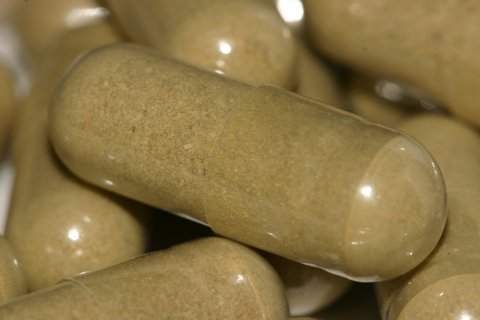 Click To Enlarge.
If You Suffer From A Condition That Forces You To Take Medications Like Statin Drugs, Then It's Important To Consult A Physician About Taking The Supplement.

As age increases, the likelihood of a shift to Ubiquinol grows more appropriate to gain the most benefit from CoQ10 without worry over metabolic interruption. This is important, particularly in patients with pre-existing conditions that compromise the health of organs. The organs in our bodies with the greatest concentration of CoQ10 (thus gaining the most benefit from its use) are the heart, lungs and liver.

Individuals over the age of 30 typically begin to see deterioration in these organs even when sustaining a healthy lifestyle. That's why it's important to understand the level at which your body functions, metabolizes food and supplements so that you can make the appropriate choice between Ubiquinone and Ubiquinol.

As you have learned, CoQ10 can increase energy, stamina, improve immune health to fight off sickness and much more. All athletes should look into to amazing supplement and take advantage of all the benefits it has to offer.

As always if you have any questions regarding this article (or fitness, in general) please don't hesitate to drop me an email. I would love to help out! Stewbid@comcast.net

Alex has a passion for bodybuilding and this has led him to a life in the fitness industry. He is a certified personal trainer & nutritionist.