Your Expert Guide To Forskolin

Forskolin has leapt from the lab to the gym, and with good reason! It could help you burn fat, support healthy testosterone levels, and get more results out of your training. Here's why you should give it a try!

Sometimes, a great ergogenic supplement earns its fame in the gym, and researchers need years to catch up on how and why it's special. In other cases, though, an ingredient has a clear-cut lab use long before it becomes a popular performance supplement, and then one day, trainers' and nutritionists' light bulbs start going off. This is the case with coleus forskohlii, more commonly known under the name of its primary active compound, forskolin. 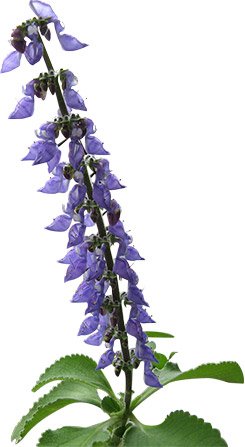 "The tuberous roots of coleus contain its most potent active ingredient, forskolin, which is largely believed to be the most beneficial substance derived from the plant."

Forskolin reliably serves a singular function in lab research. In the wake of some eye-popping studies, however, it has begun to earn acclaim as a testosterone booster and fat-burner. It's effective enough in both of those roles that I've recommended it to celebrity clients who are preparing for roles that demand their physique to be totally on-point.

If you've seen this ingredient on the label of your favorite fat-burner, or if you saw Matthew McConaughey outshine men half his age in the movie "Magic Mike" and asked "What's he taking?" then read on to learn about this promising supplement.

Coleus is a member of the mint family native to subtropical regions of Africa and Asia, such as India, Thailand, and Uganda. It has a long history of use in traditional medicine, including Ayurveda, where it has been used to support lung, heart, and urinary health, among numerous other uses.1 Its tuberous roots are also commonly made into slightly sour pickles which are served in various relishes in Indian and other continental Asian cuisines.

Like all herbs, coleus contains a multitude of active compounds. However, the tuberous roots of the plant contain its most potent active ingredient, forskolin, which is largely believed to be the most beneficial substance derived from the plant. It has been used extensively in experimental clinical research as a positive control to effectively increase the levels of the important cellular messenger compound cAMP (cyclic adenosine monophosphate).2 Healthcare providers also sometimes give patients forskolin in IV, eye drop, or powder form to treat a range of conditions.

As a supplement taken by mouth it is far newer, and as such, has been subject to less research. I and many others hope that's about to change!

What Does Forskolin Do?

In the supplement realm, forskolin is predominantly used within formulations to support fat burning and energy levels.

One of the most rigorous and promising studies concerning supplemental forskolin was conducted by researchers at the University of Kansas a few years ago.3 They found that overweight and obese men lost more than 7.8 times more body fat, added 35 percent more bone mass, and increased their bioavailable free testosterone by almost 34 percent more when they added 250 mg of a 10 percent forskolin-containing coleus to their otherwise unchanged daily lives, twice per day. In other words, 50 mg of total forskolin per day—as compared to subjects who consumed a placebo—realized a significant improvement in both body composition and testosterone levels.

What makes forskolin so effective is its ability to directly and rapidly stimulate almost all known forms of the enzyme adenylyl cyclase, and therefore significantly affect the concentration of the messenger molecule cAMP. This powerful compound activates numerous other enzymes within a range of cells and tissues, and is indirectly involved in far too many cellular functions to list here.

What makes forskolin so unique, though, is that its actions on cAMP levels are reversible, and it accomplishes this action without the use of other cellular receptors such as beta adrenoreceptors, contrary to other well-known fat burners such as ephedrine. Its relative simplicity and dependability are why forskolin is such a commonly used control arm in clinical trials which are looking to assess the role of cAMP for any reason.

Forskolin's primary draws for physique athletes are its potential as a test booster and fat-burner and the limited studies into the supplement back that up—particularly with men. In a similarly designed study to the Kansas study, researchers out of Baylor found that forskolin reduced weight gain and hunger in obese women, but otherwise didn't reduce body fat.4 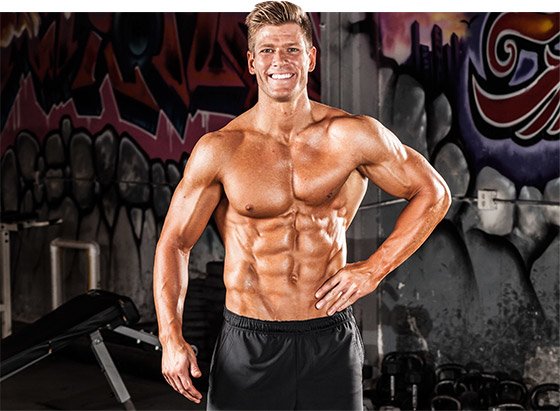 "Forskolin's primary draws for physique athletes are its potential as a test booster and fat-burner are, and the limited studies into the supplement back that up—particularly with men."

What types of forskolin are there?

Coleus is an herb, and therefore you can't assume all coleus-based products are the same, or even that the same company's coleus material remains identical from year-to-year. If you've ever had a garden, you know that plants grown in the same soil don't even remain consistent from crop-to-crop, let alone from grower-to-grower. For example, researchers in India reported that forskolin concentration ranged significantly in coleus plants by region.6

However, thus far, there are no suppliers that I'm aware of selling a non-coleus-derived forskolin supplement. I'm not aware of any research that has observed the presence of forskolin within a non-coleus species. There are, however, multiple species, for example C. blumei and C. purnilus, so buyer beware. ForsLean by Sabinsa Corporation is the branded and patented form of coleus that's been used most often in human trials assessing changes in body composition.

"When I was working with McConaughey to get him "water-moccasin-like shredded" for his role as a male stripper in the film "Magic Mike," I had him take one of his daily doses prior to training. However, this approach has yet to be studied."

How do I take it?

To reduce body fat and improve free testosterone in men, it appears that 250 mg, twice per day of a 10 percent forskolin supplement is the optimal dose. That's the dose from the Kansas study, and it's reflective of most forskolin supplements on the market. However, be aware that the percentage of forskolin in supplements can be anywhere between 10 and 20 percent, and dose accordingly.

As with most active ingredients, I would advise consuming forskolin approximately 15-20 minutes prior to meals. This is also a good time to consume it, since it has been indicated in some studies to help curb appetite.7

What should I stack it with?

Within commercial fat burners, you'll see forskolin combined with a range of ingredients, in the thought that forskolin's ability to amplify cellular receptor activity could help other types of fat-burning ingredients work more effectively. Yohimbine is common to include with coleus.

In a previous Bodybuilding.com article, I suggested stacking forskolin with tribulus terrestris, D-aspartic acid, Phosphatidyl serine, vitamin D3, and—if you're over 35—possibly DHEA to support elevated testosterone and hormone response. I had McConaughey take forskolin with breakfast and before training alongside 7-keto DHEA and D-aspartic acid, in addition to his pre-workout formula, multi, and green tea extract.

There's no data to date that suggests forskolin needs to be cycled to maintain or improve its efficacy.

The most common side effect in response to consuming forskolin is diarrhea due to increased cAMP within the smooth muscles of the gastrointestinal tract, resulting in greater contractions and motility, meaning, the rate at which things move through your digestive system. 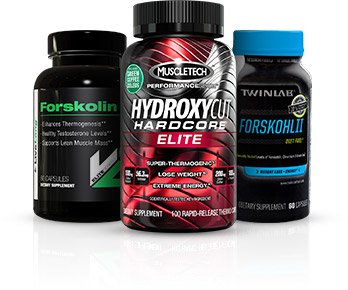 "The data on coleus supplements is still premature with regard to its effects on fat burning, but the research that exists definitely looks promising."

The data on coleus supplements is still premature with regard to its effects on fat burning, but the research that exists definitely looks promising. However, much is known about its primary active ingredient, forskolin, and the benefits associated with this ingredient make it a strong candidate to include in almost anyone's supplement arsenal.