Can you imagine being able to take the time for a mid-day snooze, wake up refreshed and finish out your workday? Too bad it's just a pipe dream. When fatigue sets in, caffeine can help you fight the battle...learn more below!

Small children don't know how good they have it—their parents make them take a nap every day. Can you imagine being able to take the time for a mid-day snooze, wake up refreshed and finish out your workday? Sounds great right?

Unfortunately, in our hectic, busy world, those days are few and far between. So, our best option is to try to prevent fatigue in the first place and fight it when it overwhelms us—by getting up, moving around, and, consuming a little caffeine.

Caffeine is a xanthine alkaloid compound that stimulates the central nervous system, temporarily increasing alertness. It is the most widely consumed legal psychoactive agent (a substance that affects brain functioning) in the nation.

Caffeine is found in the beans, fruit or leaves of over 60 plants and therefore, caffeine may not be listed on the label of a supplement or functional food but instead, you may see some of the following listed: guarana berries, mat, chocolate or cocoa, Camilla sinensis (the leaves of this plant are used to make tea) or kola nut. Some of these plant-based sources of caffeine include other stimulants as well including theophylline and theobromine.

The most notorious use of caffeine is to support mental alertness and help ward off mental fatigue. However, there are many other potential applications as well.

Caffeine is used to fight the mental and physical fatigue of training (traditional athletic training or military training), support other issues associated with eccentric exercise and support glycogen resynthesis.

In addition, caffeine can be found in weight loss products, energy drinks and combined with analgesics for treating headaches.

In the United States, caffeine is Generally Recognized as Safe (GRAS). However, each individual's ability to tolerate caffeine differs. Some people experience negative side effects after ingesting very small quantities of caffeine while others can drink a pot of coffee a day with no problem (though this isn't recommended!).

Doses of 250-300 mg or more per day can lead to a rapid, irregular heartbeat and difficulty sleeping. Ingesting extreme quantities, 10-14 grams (or 150-200 mg per kg body weight) can lead to death.

It is recommended that pregnant women consume below 300 mg of caffeine per day. Caffeine in high doses can lead to spontaneous abortion, low birth weight and/or premature birth.

In addition, experts recommend the following individuals avoid caffeine altogether: those with anxiety disorders, cardiac problems, glaucoma and high blood pressure. Caffeine can increase the risk of adverse side effects when taken with certain over the counter or prescription drugs including diethylpropion (Tenuate), epinephrine, phentermine (Ionamin) and pseudoephedrine (Sudafed), stimulants, riluzole (Rilutek) phenylpropanolamine and clozapine.

Therefore, it is always wise to check with your personal physician if you are concerned about your caffeine intake or caffeine's potential interaction with a medical condition or medication.

Many supplements and beverages do not indicate how much caffeine is in them. If you are concerned, call the company and ask.

In a USDA study that examined the caffeine content of energy drinks, researchers found that these beverages, in general, contain the amount of caffeine commonly found in sodas and coffee drinks.

However, supplements containing caffeine varied wildly from less than 200 mg per serving (the majority of supplements studied fell into this category) to over 800 mg (one supplement). 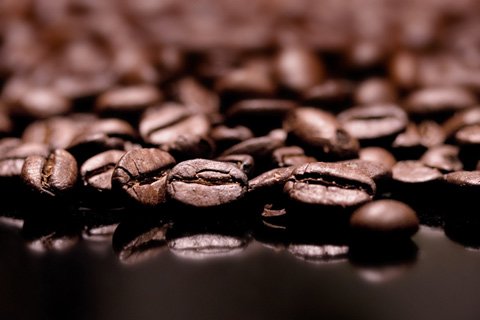 Click To Enlarge.
Each Individual's Ability To Tolerate Caffeine Differs. Some People
Experience Negative Side Effects After Ingesting Very Small Quantities Of Caffeine While Others Can Drink A Pot Of Coffee A Day With No Problem.

How The Bodybuilding Supplement Caffeine Can Fight Fatigue

Caffeine is completely absorbed by the body within 45 minutes after ingestion. It binds to receptor sites for the neurotransmitter adenosine, thereby reducing adenosine activity, resulting in an increase in dopamine, which stimulates the central nervous system.

If you continually consume caffeine, your body will adapt to the presence of caffeine by increasing the number of adenosine receptors within the central nervous system. This increase in total receptor sites decreases the stimulatory effects of caffeine, so more is needed to achieve the same affect.

2. Caffeine May Improve Alertness And Memory

Fatigue can get in the way of life, leaving you grouchy, unfocused and daydreaming of a nap. If you can't take the time to sleep, get up and get moving, drink plenty of water, take a 10 minute break with your eyes closed, lights off and away from distractions, and when you wake up, consume a little caffeine to help you get through the rest of your day.