This Is Your Brain On Creatine

Most of us hear the word ''creatine'' and immediately think of muscle gains. Although that's definitely true, creatine also plays an important role in brain function. Here's what you need to know!

Perhaps one of the most widely studied and used supplements in the world, creatine is often touted for its ability to enhance athletic performance. Many of us take creatine hoping it will help increase our one-rep max or add on an extra five pounds of lean mass. But did you know creatine has a strong influence on brain function as well?

Although you might be more interested in how creatine affects muscle growth and development, understanding creatine's function in the brain really shouldn't take a back seat. Better brain energy means faster processing and better overall brain performance. So unless you want to embody the oafish bodybuilder stereotype, pay attention! 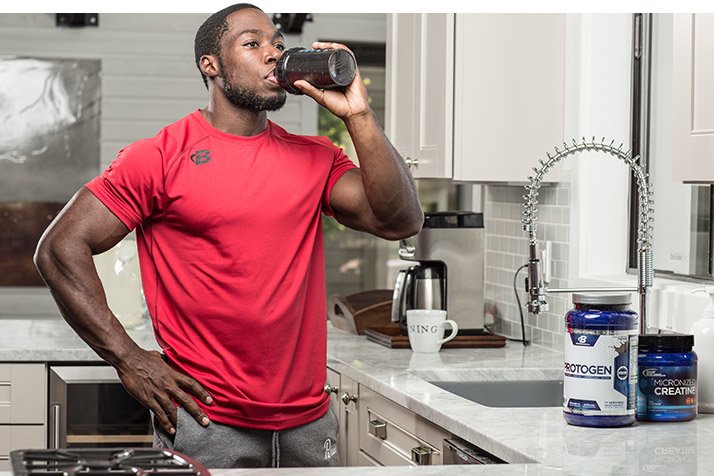 "Many of us take creatine hoping it will help increase our one-rep max or add on an extra five pounds of lean mass. But did you know creatine has a strong influence on brain function as well?"

In the body, energy is stored and transferred by reactions that make and break phosphate bonds. For example, adenosine diphosphate (ADP) has two phosphate groups bound to it. It is relatively stable and low energy.

In a metabolic reaction, a third phosphate is attached to an ADP molecule forming an adenosine triphosphate (ATP) molecule. The ATP molecule is less stable and has higher energy because it holds extra energy in that third phosphate bond. When that bond is broken, the released energy can be used within the cell to perform other cellular functions, like a muscle contraction.

Like ADP, creatine can also form an energy-charged bond with a phosphate group, forming phosphocreatine (PCr). PCr can donate its phosphate group to ADP to form ATP and plays a particularity important role in tissues that have high, fluctuating energy demands, such as muscle and the brain.

If the PCr shuttle were not in place, each ATP molecule charged with energy would have to travel all the way across the cell to deliver that energy to the site where energy is being used. Once the phosphate is removed, the ADP would have to travel all the way back to where energy is produced to get charged up and converted back to ATP. This is a big waste of time, and it slows down the entire system.

The PCr molecule can speed up this process by donating its phosphate group and transferring its energy to a new ATP molecule.1 By facilitating this quick energy handoff, molecules of ADP and ATP can stay localized in the areas they are needed most, allowing the whole system to generate, transfer, and use energy more efficiently.

Bottom line: Without creatine, your cells wouldn't be able to produce or use energy efficiently. That's why creatine supplementation has the good reputation it does.

Recent study findings agree that the creatine/phosphocreatine system is physiologically important for an adult brain to function at optimal levels. Moreover, they found that relative levels of creatine and phosphocreatine in the brain are considered reliable indicators of mental performance.4

In other words, the more creatine in your brain, the better your brain works. 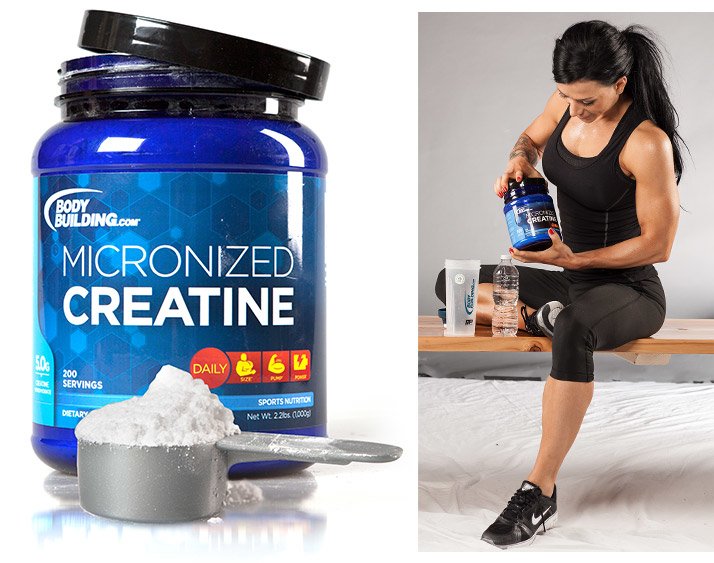 "Results showed that oral creatine supplementation caused a statistically significant increase in the concentration of creatine across brain regions."

Levels of creatine in the brain were shown to increase as oral supplementation increased. After only a single dose of oral creatine, the average level found in the volunteers showed substantial increase in gray matter, white matter, and the thalamus. The effects became even more pronounced after 3-4 weeks of supplementation.

Researchers also found that these changes in brain creatine levels are completely reversible. The volunteers were measured again after three months without supplementation. The creatine levels in their brains had returned to their original concentrations.

Some subjects showed more benefits from oral supplementation than others. The two largest volunteers with the greatest body weight showed the smallest increases in brain creatine concentrations, indicating that proper dosage is likely related to individual size.

The richest dietary source of creatine is wild game. Other sources include lean red meat and certain fish, particularly herring, salmon and tuna.5 Individuals who don't get much of these creatine sources in their diet—vegans, vegetarians, people that restrict red meat, or any individual restricting portions and total calories—are much more likely to have lower total creatine levels. These individuals showed the most dramatic benefit from oral creatine supplementation.6

Kendall is a NPC Bikini competitor, personal trainer, and received a Bachelor's Degree in Biological Sciences.