The ABCs Of A Muscle-Building Diet

Want know where to start when it comes to mass-building nutrition? Start here! These three tried-and-true benchmarks will help you transform your physique, body composition, and workout quality.

Many people think the project of building muscle begins and ends at the gym door. They work hard and feel good, but typically don't achieve the level of success they dream about. Gaining mass is a 24/7 endeavor that includes not just gym sessions, but everything they eat in between them as well. Taking a wide-angle view significantly increases your chances of getting "there," wherever that may be for you.

Unfortunately, this type of perspective can't be downloaded directly to your brain a la "The Matrix." You need to build it over time and through experience. Luckily, IFBB bikini pro and BPI Sports athlete Abbie Burrows has spent long years figuring out what works and what doesn't, and she can help you build the fundamental skills that will serve you in your quest.

If you feel mystified and under-muscled, begin today with these three basic tips!

A
Approximate Your Daily Calories 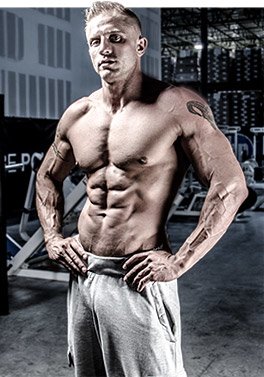 "By this method, a 180-pound hard-training lifter would estimate his or her daily caloric needs as 3,060 calories to maintain bodyweight."

Gaining mass starts with estimating the number of calories you eat daily. The best way to do that is to keep a food journal for at least three days, then run the numbers using a website like NutritionData.com or the USDA's Nutrient Database. This requires a fairly meticulous accounting of portion sizes, but that's a good thing. You need to master this skill in order to get where you want to go, and it'll get easier over time.

If you discover you're not eating this much, start doing so immediately! "It took me two years of competing to realize I should've been eating way more calories, especially carbs, to achieve my ideal physique," recalls Burrows. Don't let this common mistake sabotage your results.

B
Boost Your Calories By 500 A Day

If you're seeking to add mass, you're going to have to tip the balance in favor of eating more calories than you expend. Start by adding 500 to your estimated energy requirements. Our 180-lb. lifter now has a target goal of 3,560 calories a day.

Stick with that number for two weeks before changing anything. At that point, audit your progress and start tweaking. If you're a hard-gainer who is having trouble putting on weight, consume 200 more calories per day. If you're losing definition or have excess body fat, pare that number down by 200 calories. Re-evaluate your numbers every two weeks.

You'll quickly find that it's hard to fit all of these calories into the traditional three-squares-a-day approach. This is why people start adding additional meals and post-workout shakes. Get comfortable with the idea of eating often!

"To take in the amount of calories one needs in order to gain mass, meals needs to be spaced over more than just three times a day," says Burrows. "It's very challenging to cram the required number of calories from so-called 'clean foods' into just three meals."

Now you need to divide your daily caloric intake into the right foods for fueling muscle growth. There are countless combinations that people swear by, but these numbers are a solid place to start:

Protein
At least 1 gram of protein per pound of bodyweight

Protein is essential for muscle repair and growth. It gets broken down during digestion into individual amino acids, then reassembled back together in the body. In short, protein is your highest priority, even though you only devote roughly 20 percent of your diet to it. Good sources include lean cuts of beef, skinless chicken and turkey, whole eggs and egg whites, fish, whey or casein protein, and low-fat dairy.

If you're looking for one time in your day to add protein, look no further than after your workout. Two scoops—or roughly 40 g—of clean whey protein in a shaker bottle will go a long way toward helping you meet your protein needs, at precisely the moment when your body is most receptive to this macronutrient's benefits. Don't leave home without your protein already in your bottle!

Carbs
2.5 grams per pound of bodyweight

Don't shun carbohydrates, especially when you're trying to pack on muscle. Carbs fuel your energy needs, especially during high-intensity activity like resistance workouts. They're your second-highest priority, and they should make up around 50 percent of your calories, with slow-digesting carbs taking precedence.

"Because they digest slower and keep you fuller longer, slow carbs give you more energy throughout the day and are better for stabilizing blood-sugar levels [than simple carbs]," says Burrows. 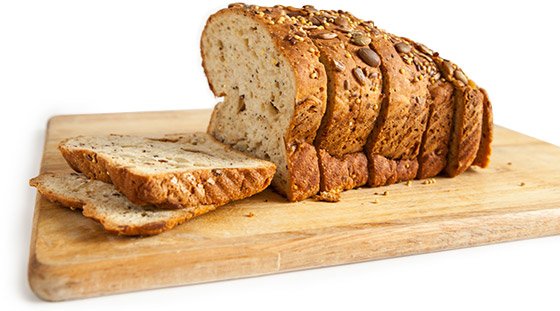 "Don't shun carbohydrates, especially when you're trying to pack on muscle. Carbs fuel your energy needs, especially during high-intensity activity like resistance workouts."

Your best choices among slow carbs include brown rice, yams, quinoa, and whole-grain breads. Avoid sugary sweets and sodas as much as possible; these "empty" calories can send your blood sugar—and insulin—skyrocketing, and are more likely to be stored as body fat.

The exception to the slow-carb rule is immediately post-workout, the only time of day during which it's preferable to consume "fast" carbs like glucose (dextrose). These shorter-chain carbohydrate molecules quickly raise blood-sugar levels, enabling insulin to drive the sugars (as well as amino acids and other nutrients) into muscle tissue and the liver to replace spent glycogen, the stored form of sugar in the body.

Fats
1 gram per 1.5 pounds of bodyweight

"Don't fear fats! They're necessary for the absorption of a number of key vitamins, as well as the production of key muscle-building hormones like testosterone," says Burrows. Roughly 30 percent of your daily calories should come from fat. Half of that should be from unsaturated sources like olive and canola oils, nuts and seeds, and fatty fish. The other half should come from saturated sources such as meat, dairy, and eggs. 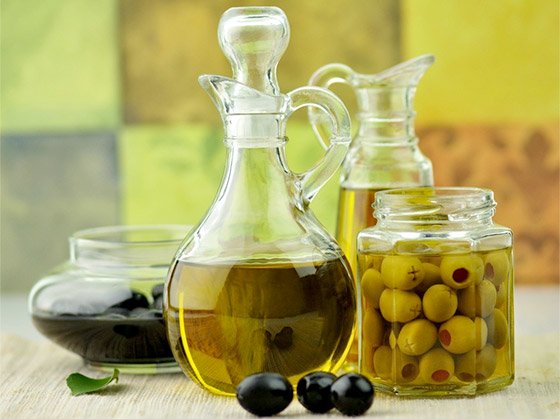 "Roughly 30 percent of your daily calories should come from fat. Half of that should be from unsaturated sources like olive and canola oils, nuts and seeds, and fatty fish."

GAINS ARE MADE IN THE STORE AND KITCHEN

We could hammer you over the head with an additional 23 letters' worth of rules, but the truth is that eating for muscle growth really begins with these three steps. Everything else is just details, customizations, and techniques to help you make the most of the big three, all of which will come with time. Simply run the numbers above and figure out how to fit them into your life, and you'll see noticeable changes for the better.

You'll also find that it's very, very hard to follow those numbers while eating out regularly. This is no coincidence. "When eating at a restaurant, it's almost impossible to know exactly what's in your food, let alone the grams of fat, carbs, protein, and sodium content," says Burrows. "Your best bet is to stick with what you know—a lean cut of meat for protein and a veggie—and have them cook everything dry unless it's a cheat meal."

That may not sound as fun as a fried hunk of decadence, but the difference will show in the mirror. Learn to take control of your diet now, and you'll set yourself up for success for years to come!

The No. 1 Reason You're Not Growing

Just showing up and lifting isn't going to maximize your muscle and strength gains. Here's how to implement the most critical principle of bodybuilding: progressive overload.

6 Mistakes That Are Killing Your Gains

Taking the next step in muscular development is partially about training better, but it's just as much about removing the roadblocks to anabolism that hold you back. Are you committing any of these crimes?

Breakfast is the most important meal of the day. Add a protein punch to your morning with these recipes!