There may be 9 essential amino acids, but none is more important to the bodybuilder than leucine. Here's the latest research on how this branched-chain amino can boost protein synthesis.

Imagine being told that there was a switch you could flick to stimulate muscle growth, just like the light switch you turn on to illuminate a room.

After killing it in the gym for an hour, something tells me you would hit the switch faster than Uncle Bob gets drunk on Christmas Eve.

Training sets the stage for muscle growth, but it's not enough by itself. You also need protein. No source is better than whey protein, due to its high amino acid score, and more specifically its leucine content. Leucine, one of the 9 essential amino acids—"essential" means it cannot be made by the body—is considered the "switch" that stimulates protein synthesis.

There has been a tremendous amount of research surrounding leucine, and this is information you need to know—but only if you want to grow. Let's take a look.

Leucine, isoleucine, and valine are the three branched-chain amino acids (BCAAs) that are highly effective for stimulating skeletal muscle protein synthesis. Interestingly, leucine has much greater power on stimulating protein synthesis compared to any other amino acid. One of the most researched pathways of muscle growth is called the mTOR pathway (mechanistic target of rapamycin), and leucine activates complex muscle-building pathways via mTOR. 1,2 In fact, mTOR is highly sensitive to concentrations of leucine.

Here's what happens: Declining leucine levels signal mTOR that there's a lack of dietary protein present to synthesize new skeletal muscle protein, therefore disabling mTOR. Upon ingesting increased concentrations of leucine, the elevated amino acid then signals mTOR that sufficient dietary protein exists, and switches on overall protein synthesis. An important point to remember is an increase in mTOR activity (and all aspects of the pathway with which it belongs) results in an increase in protein-building and more growth!

It really is that simple: Flick the leucine switch and you start growing, assuming you're training and eating enough to support anabolism. 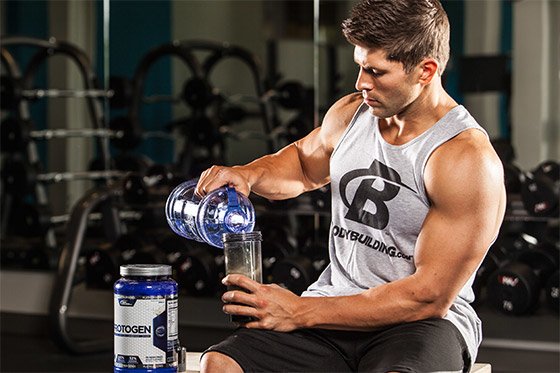 Leucine is considered the "switch" that stimulates protein synthesis.

A Tale Of Two Age Groups

The two biggest questions researchers were trying to answer were: 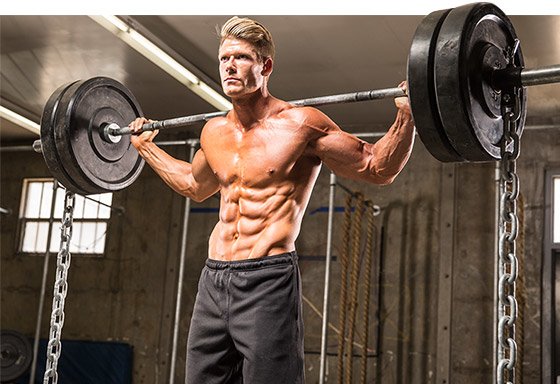 The combination of whey protein and added leucine maximizes muscle protein synthesis before and after resistance exercise.

In the young group, when both amounts of leucine were provided, significant increases in blood levels of amino acids occurred very rapidly. In fact, within 15 minutes of ingesting each solution, blood levels of the essential amino acids began to rise rapidly, and within 30 minutes of ingestion they reached their peak levels. In addition, rates of muscle protein synthesis reached similar peak levels regardless of whether the solution contained 26 or 41 percent leucine.

Protein: How Much Do You Really Need?

How much protein to consume is a huge question, and one that's beyond the scope of this article, but good general guidelines include:

Supporting these findings, a recent study published in "Nutrition Journal" highlighted the changes seen in muscle protein synthesis after older men consumed a combination of protein and amino acids.4 In one group, the study participants consumed a combination of whey protein that also contained added leucine, and in another group, the study participants ingested a drink containing milk protein. Both groups were given the same amount of calories, but what was different was the amount of protein and leucine that was delivered. Rates of muscle protein synthesis were maximized and much greater both before and after a single bout of resistance exercise when the combination of whey protein and added leucine was given. 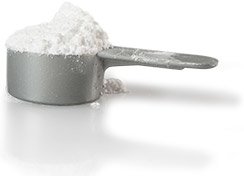 In simpler terms, leucine turns on protein synthesis, which stimulates muscle hypertrophy. Even adding leucine by itself to protein assists to further stimulate muscle protein synthesis. A study published by European colleagues in the "American Journal of Physiology" had eight male study participants complete three separate research trials.5 During all trials, separated by one week, a single bout of resistance training involving primarily the lower body that lasted 45 minutes was completed.

During one condition, carbohydrate was consumed. In a second condition, the same amount of carbohydrate plus protein was supplemented, and in the third condition a combination of carbohydrate, protein, and leucine was consumed. Results from the study demonstrated a significant insulin response in the trial that included leucine. What's so great about insulin in this context? Insulin has been shown to inhibit muscle protein breakdown and enhance amino acid uptake, ultimately leading to greater rates of protein synthesis—which is exactly what the authors found in the current study.8 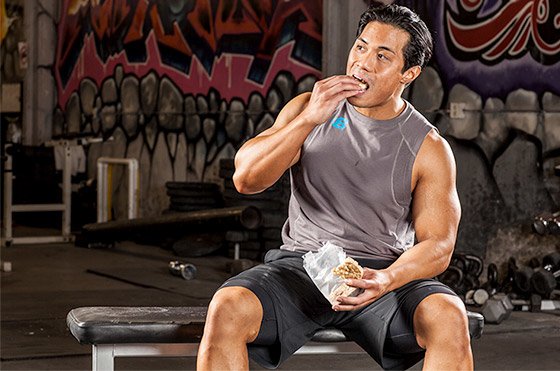 A study published this year by researchers at McMaster University in Canada in the "American Journal of Clinical Nutrition" assessed the impact of several different combinations of different doses of whey protein and individual amino acids on changes in muscle protein synthesis, both at rest and after single bout of resistance exercise.6 Forty men with an average age of 21 were recruited and underwent resting and exercise conditions. One group ingested a 25-gram dose of whey (3 g leucine), the second group ingested just 6.25 g of whey protein (0.75 g leucine), a third group ingested 6.25 g whey supplemented with leucine to 5 g total leucine, and the fourth group ingested 6.25 g of whey protein supplemented with BCAAs to total 5 g of leucine.

The results showed that 6.25 grams of whey protein plus a high dosage of leucine (5 g) was more anabolic than the same dose of whey with less leucine (3 g). What's more, it was just as effective at increasing protein synthesis rates as a high-protein dose (25 g). In other words, increasing leucine levels can compensate for a suboptimal dose of whey protein. You'll still get the same degree of protein synthesis.

Here are some supplementation strategies you can use to help you maximize the benefits of leucine.

The Many Benefits Of Branched-Chain Amino Acids

Dieting down will get you shredded, but it might also shave some size from your biceps. BCAAs can help protect your muscles against the catabolic effects of dieting!

You can rest easy and recover well with this handy list of our best-tasting amino acid supplements chosen by the Bodybuilding.com community!

Move over chicken, broccoli, and steak. Here are the 9 top bodybuilding foods flying under the radar. Make them a part of your high-performance diet!

Jonathan Mike, CSCS, NSCA-CPT, USAW, competes in strongman and is pursuing his PhD in exercise physiology from the University of New Mexico.