Breaking The Myth - Women Who Lift Heavy Will Look Like Men!

This article will discuss and compare the physiology, the hormonal adaptations to resistance training, and the role of diet in gaining muscle, in both males and females.

You hear it time and again from females in and out of the gym, when it is suggested to them that they either a) lift weights, or b) increase the weight that they are lifting. "I don't want to do that, because I don't want to look like a man."

Many people, males included, have come to believe that for a female to lift weights means that she will somehow transform into the stereotype image of the female bodybuilder. This is simply NOT the reality of females and resistance training.

This article will discuss and compare the physiology, the hormonal adaptations to resistance training, and the role of diet in gaining muscle, in both males and females.

Whilst males and females are structurally similar, there are many physiological differences that affect the sexes' ability to gain muscle mass. 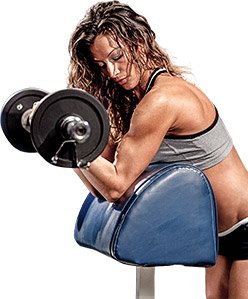 "Masculinization in females does not occur as a result of heavy weight training."

The primary reason that females cannot gain muscle mass as fast or to the extent as males is the difference in hormone status.

Testosterone is one of the androgenic hormones responsible for anabolism in the body (Kraemer & Ratamess). It is testosterone that is responsible for masculine traits (i.e. excess hair (especially facial), deepening of voice, increase in muscle mass).

Both males and females produce testosterone, as it is necessary for hormonal balance and body function (Marieb, 2004). However, males have much higher levels of testosterone than females, with the 'normal' range of total testosterone (in the bloodstream) being 0.95-4.3 pg/dl, compared to the 0.7-3.6 pg/dl of females.

The female 'equivalent' of testosterone is estrogen (Marieb, 2004). Whilst estrogen may increase Growth Hormone (GH), it also increases a) SHBG, which decreases the amount of free testosterone in the body; and b) cortisol, which reduces muscle mass (Hakkinen, 1989). 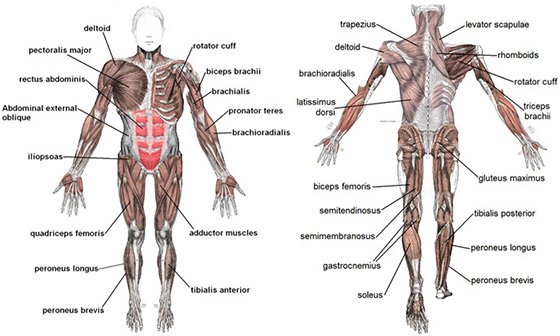 Therefore, despite the potential for muscle hypertrophy in a relatively short period of time (Gregory, Stephen, Frederick, & Lemmer, et al., 2006), similar percentage increases in either muscle mass or volume as a result of resistance training, results in smaller total overall gains in CSA and ACSA in females than in males (Folland & Williams, 2007).

Yet, because females have less free testosterone than males at rest, any increase is not significant enough to allow for muscle hypertrophy to the extent of a male. Therefore, it has been suggested that other anabolic hormones, such as GH may be responsible for hypertrophy in females (Kraemer & Ratamess, 2005).

Role Of Diet In Gaining Muscle

Diet is an important component of gaining muscle mass. To gain muscle mass one needs to be eating more than maintenance calories. Because females are generally smaller than males (i.e. smaller bone size and mass, less muscle mass, etc.), they generally require (and eat) less than males. 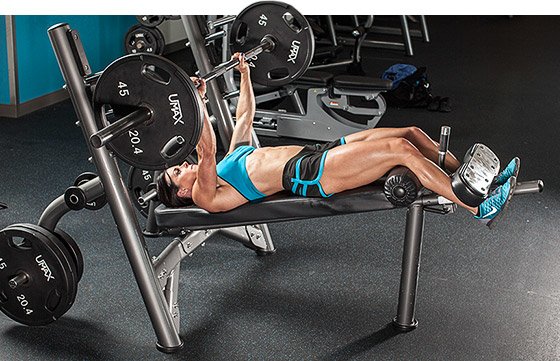 "The primary reason that females cannot gain muscle mass as fast or to the extent as males is the difference in hormone status."

If a female ate the amount that a male ate to gain mass, they would most likely end up gaining a lot of unwanted body fat along with muscle hypertrophy. Females are also generally more prone to eating disorders such as anorexia and bulimia, etc. that are detrimental to muscle hypertrophy, and cause muscle loss (Beals & Houtkooper, 2006).

Masculinization in females does not occur as a result of [heavy] weight training, but rather because of the excess of androgenic hormones (i.e. testosterone) coupled with the correct stimulus for muscle growth (i.e. chronic resistance training and diet directed at muscle growth).

The stereotype image of the female bodybuilder in the media is a result of said females chronically using androgenic compounds (i.e. steroids) in order to increase their muscle mass and size. For the female who is not doing this, they can lift as hard and as heavy as they want, and will come nowhere close to "looking like a man."

If running and yoga are the cornerstones of your fitness plan and you aren't seeing the results you want, try resistance training. Here are eight reasons why weights rule the gym!

Health And Fitness Tips For The Busy Mom

This Mother's Day, celebrate fitness! These 5 fit moms share their hints and strategies to help you and your family stay fit, healthy, and happy.

Iron Is A Girl's Best Friend

Going for a new personal record isn't easy. Max lifts require a lot of training and mental preparation. Here are 5 things you need to know before you attempt a 1RM or new PR.

Rosie thrives on challenges and continually progressing as an athlete and trainer. She works with male and females alike to provide motivation...