From gluten-free pizza to gluten-free brownie mix, our fascination with gluten-free anything has taken off over the past few years. But is gluten really that bad for you? See what the science pros have to say about going gluten-free!

These days, it's nearly impossible to walk into a grocery store or eat at a restaurant without seeing specialty menus and displays carrying gluten-free items. Yes, that's great news for people with celiac disease, who have an abnormal immune response to gluten, but what about the rest of us? Why are so many people without celiac disease opting for gluten-free products?

It's estimated that about one percent of Americans have celiac disease.1 For these people, eating a gluten-free diet is essential because of the effects gluten can have on the lining of their small intestines (e.g., intestinal atrophy and malabsorption issues). Others may suffer from a wheat allergy, or a sensitivity to gluten—oftentimes linked with irritable bowel syndrome (IBS)—and may opt for a diet with less gluten to reduce symptoms associated with gastrointestinal (GI) distress.

However, these conditions only account for a small percentage of the population, so why are we so obsessed with everything gluten-free? And, perhaps more importantly, do we need to be? Let's take a closer look.

The Goods on Gluten

First and foremost, gluten isn't some crazy, artificial ingredient. It's a protein found in wheat, barley, rye, and many other whole-grain foods. Removing these foods, which are rich in vitamins and minerals, from your diet may actually increase your risk for nutritional deficiencies. Additionally, the consumption of whole-grain foods may help to lower your risk of heart disease, type 2 diabetes, and some forms of cancer.2,3

Deciding to go gluten-free can also mean a hard hit for your wallet, as gluten-free alternatives are significantly more expensive than their traditional counterparts. Gluten-free isn't inherently healthier, either. Many gluten-free foods are high in saturated fat or loaded with simple calories that contain no nutritional benefits. Still, a survey from the Consumer Reports National Research Center found that one-third of people buy gluten-free products because they believe they are better for digestion, healthy weight loss, a stronger immune system, and overall improved health.4

Before you decide whether or not to exclude gluten from your diet, let's take a closer look at the various popular claims surrounding the gluten-free craze. You might be surprised how these claims fair when they go head to head against the facts in a round of "bro science versus real science."

Real science: Very few randomized, double-blind studies exist evaluating gluten intolerance in healthy individuals, making it almost impossible to examine the effects of gluten in individuals who do not have celiac disease. There is some research suggesting individuals suffering from IBS may have an increased likelihood of GI discomfort and bloating with gluten consumption, but it's unlikely that an individual without IBS would exhibit those same symptoms.5

Due to the lack of scientific literature that exists on the effects of GI discomfort as a result of gluten consumption in a healthy population, we cannot say for certain that gluten does or doesn't cause bloating. The average, healthy person should simply experiment with various food sources to determine which ones work best with their own digestion. Think for yourself; eat for yourself.

The average, healthy person should simply experiment with various food sources to determine which ones work best with their own digestion.

Real science: Currently there isn't any scientific evidence to suggest consumption of gluten in the general population will lead to increased body fat. This belief most likely arose from literature that investigated the effectiveness of a gluten-free diet in the restoration of body composition and bone density in patients with celiac disease. In complete disagreement with the myth that gluten causes weight gain, patients actually increased body fat after switching to a gluten-free diet. Keep in mind that this was a favorable outcome for this population.6-8

At this point, there is too little evidence to suggest that eating gluten will lead to weight gain in a healthy individual. While anecdotal accounts may exist, this is more than likely due to a heightened awareness of people's foods and macronutrient compositions after taking control of their diets. Although researchers did find a reduction in fat mass in mice following a gluten-free diet, we cannot simply infer that the exact same result will be observed in humans.9

Furthermore, science is more than just the findings of a single study—it is the sum of findings that have been repeated in similar fashion many, many times. A simple contradictory finding is not necessarily where you should stake your beliefs. Excess calories and physical inactivity will lead to weight gain, not gluten. 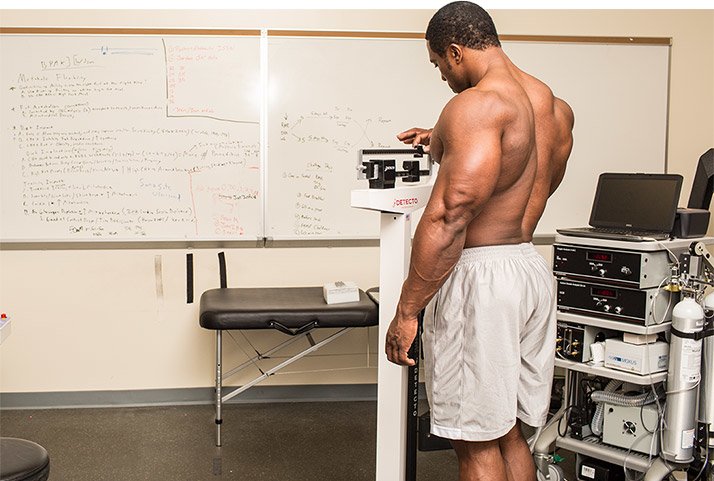 At this point, there is too little evidence to suggest that eating gluten will lead to weight gain in a healthy individual.

Real Science: Ingestion of gluten will cause our bodies to generate antibodies that actually attack our own cells? Come on FoodBabe—get out of here with that! Celiac disease is an autoimmune disorder that is inherited by genetics. No, you won't magically get an immune disorder by eating products containing gluten. That would be almost as asinine as saying, "Don't eat chicken breast. You may get an autoimmune disease from leucine." 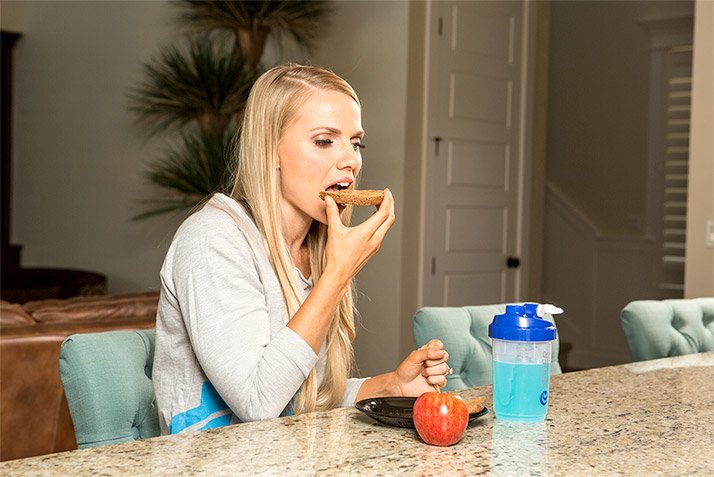 No, you won't magically get an immune disorder by eating products containing gluten.

Real Science: This makes as much sense as trying to teach abstract algebra to a third grader. Want to know what causes heart disease? Inflammation, which isn't a complicated process: It's your body's natural defense to a foreign invader such as bacteria, toxins, or a virus. And it shouldn't always be viewed as a bad thing; it is, after all, one way we protect our bodies. But chronic inflammation can be damaging, especially if it occurs in your arteries.

Chronic inflammation is what allows cholesterol to build up and cause atherosclerosis—a culprit in the development of heart disease. Keep in mind that a lot of things can cause inflammation—pollutants in the environment, oxidative stress, bacteria—but, to date, there are no reported cases of gluten having caused inflammation or heart disease in generally healthy people.

If you're allergic to gluten, then yes, eating gluten on a daily basis would most likely put you at a higher risk for developing heart disease due to chronic inflammation. If you were allergic to peanuts and ate them on a regular basis, you would be at an increased risk for developing skin rashes, digestive problems, or even suffering from a heart attack. But I don't hear too many people advising individuals without a nut allergy to avoid peanuts.

Real Science: Really? What doesn't cause cancer these days? Kidding, but the sentiment does make one wonder where these bogus claims come from. Currently, the only research linking gluten-free diets to a reduced risk of cancer are in individuals with celiac disease. The most important thing to note here is that the disease itself is associated with intestinal lymphoma and other forms of cancer, not the consumption of gluten!10

Note that studies have found an association between removing gluten from the diet and reduced risk of cancer, but there is no research to support the notion that consuming gluten will increase one's chances of developing cancer. Again, eating gluten does not cause cancer in healthy individuals!

To Be Gluten-Free, or Not to Be?

We're not here to tell you that you're wrong to take gluten out of your diet. Ultimately, it's your decision what to put in your fridge, cabinets, and body. But unless you have a gluten sensitivity or celiac disease, there is little reason to eliminate gluten from your diet. If you're a healthy individual, the best thing to do is try a variety of diets for your goals and use what you like best!

Parker Hyde is certified as a CSCS and CISSN with a focus on exercise science. He has written a great deal regarding performance, nutrition, and much