The main basic purpose of glucosamine is to create long chains called glycosaminoglycans (GAGs), which the joints and cartilage require for repair. Find out how it can help you!

Republished with permission from wannabebig.com.

Glucosamine is an aminomonosaccharide naturally occurring in the human body and is produced naturally in the body by chondrocytes in cartilage to help maintain and build healthy joint tissue. The main basic purpose of glucosamine is to create long chains called glycosaminoglycans (GAGs), which the joints and cartilage require for repair. The GAGs, formerly known as mucopolysaccharides, are long chains of modified disaccharides and are the main component of proteoglycans (PGs). These, along with chondrocytes and collagen, make up cartilage.

The chondrocytes use ingested supplemental Glucosamine to produce more cartilage components, which are the four main types of GAGs: chondroitin sulphate, hyaluronic acid, keratan sulphate and, to a lesser extent, dermatan sulphate. So, as you can see, chondrocytes are responsible for the synthesis, maintenance, and regeneration of cartilage. The more Glucosamine at hand means your body has a better chance of decreasing or eliminating pain caused by insufficient lubricants and poor shock absorption.

Chondrocytes have two methods in which to make GAGs. In the first method, a glucose molecule will be phosphorylised (have a phosphate group added) and will then undergo epimerization reactions (basically changing the configuration of the compound). This modified sugar then receives an amino group donated from glutamine. A synthetase reaction (from the glutamine) forms the molecule glucosamine-6-phosphate, which then undergoes additional reactions in GAG synthesis. This is the 'natural way' if you will. The second method is basically the 'supplementary method'. What I mean by this is that the chondrocytes use preformed glucosamine from ingested supplemental sources. When the glucosamine enters the chondrocyte, a phosphorylation reaction occurs forming glucosamine-6-phosphate and from here continues the natural synthesis reactions.

Why Do I Need Glucosamine?

Ingestion of Glucosamine has been shown to actually stimulate GAG and PG production (1). This is because when glucosamine is available for chondrocytes, they are able to produce connective tissue faster because they can skip three chemical reactions, needing only a phosphorylation reaction to make glucosamine-6-phosphate. Also, when supplementary glucosamine is taken, fibrotic articular tissues begin to heal, improving the potential diffusion of glucose and amino acids through joint capsules and synovial membranes.

This then provides the chondrocytes with the raw materials necessary (sugar and amino acids) to stimulate the synthesis of GAGs and PGs. At the end of the day, a lack of adequate glucosamine would result in GAG synthesis essentially 'shutting down'. In turn, this would cause proteoglycan synthesis to also cease. It's at about this time that you may notice joints getting that little bit sorer after a hard workout, or your knees getting stiff a few hours after cardio. Over an extended period of time of continuous 'wear and tear' so to speak, you may very well develop osteoarthritis.

Osteoarthritis is when cartilage becomes worn and exposed bones can rub together. This can get extremely painful and can even affect the joints of bones throughout the spine, which can also become very dangerous for nerves. Glucosamine supplementation is recommended for anyone with osteoarthritis as it has been proven to alleviate pain (2,3,4), increase flexibility (5, 6, 7, 8) and is even comparable to ibuprofen for joint pain relief (9).

The reason being that during the preparation, sodium and potassium are added to glucosamine (resulting in the 83% for the HCL version), but the sulphate version has sulphur added (hence, 'sulphate') which results in a net loss of glucosamine per capsule or tablet. But after oral administration, glucosamine sulphate is split into glucosamine and a sulphate ion so like previously mentioned, the effects are identical and it doesn't matter whether you take the HCL or sulphate version.

The N-acetyl-glucosamine (NAG) version yields 81% pure glucosamine. This gives the false belief that the NAG version is superior to the sulphate version, but NAG is metabolised differently than other forms of glucosamine. Instead of being absorbed relatively intact, the intestinal bacteria digest it rapidly and other tissues of the gastrointestinal tract absorb it before it can reach cartilage. A study does exist showing positive effects from NAG (10), but in general, it is probably best to avoid this type of glucosamine as far as cost-benefit goes.

Another interesting trait of glucosamine is that unlike other amino sugars, it can be digested and still keep it's primary properties and isn't metabolised like other compounds are. For instance, insulin is a peptide hormone that when ingested orally would be broken down into the constituent amino acids and used for protein or energy. Thus, insulin is only worth taking intravenously. Glucosamine has been shown to keep it's nature despite digestion (21), although quite obviously, intravenously would be a better way but it is quite impractical and unwarranted - especially for people who dislike needles. 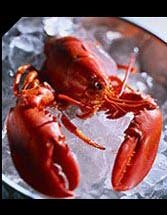 Manufactured glucosamine is derived from Chitin, a major component of shellfish shell. Crabs, shellfish and lobsters tend to be the popular choice of manufacturers. The calcium carbonate and proteins are removed from the chitin and which is then hydrolysed to yield Glucosamine hydrochloride. If the manufacturer wishes to make glucosamine sulphate, they simply add a sulphur group. More often than not, they will add this sulphur group, because it means they save money on production costs i.e. the sulphur is basically a 'filler'. Incidentally, over 90%, of the imported Glucosamine in the US comes from China because it's cheaper to manufacture and there are fewer quality controls.

Now, as a wise man once said "The dosage dictates the poison", or something to that effect I'm sure. If you're confused as to where this has come from, it's because glucosamine has a dark side. More specifically, glucosamine has been shown in several studies to directly cause increased insulin resistance, reduced liver glycogen production, and reduced glucose uptake by cells. If you're unsure of what this means for the long run, let me explain insulin resistance to you. It is where more insulin than normal is required to reduce blood glucose (insulin transports nutrients into cells).

There are many ways this can happen but it is bad because it overworks the pancreas, causes more insulin to be secreted, and raises the average blood glucose level. More insulin secretion may be anabolic, but it is also very fat storing. This also makes glucose the preferred choice of fuel over stored body fat. This is nothing new, but it means that cutting becomes extremely hard.

Another problem that can arise is the onset of type II diabetes from the increased insulin resistance, which has been shown in several studies over the years (11, 12, 13, 14, 15, 16, 17). These studies, however, use "chronic" doses to establish this. Define the term chronic how you will, but the recommended daily dose is 1500mg and there exists a study indicating that short term glucosamine use doesn't in fact cause insulin resistance (18), so there is no harm in those users who only take glucosamine for a few weeks at a time and then cycle off it (although cycling of glucosamine is not actually necessary).

If the insulin resistance is something that really concerns you, then I can inform you that ingestion of inosine (a nucleotide, also available as a supplement) has been shown (in vitro) to counteract the increased insulin resistance from glucosamine. And let us not forget that glucosamine has been shown on several occasions to assist in the up-regulation of leptin levels (22, 23, 24, 25, 26). I can also tell you that a combination of EPA GLA, chondroitin, MSM, cod liver oil, ginger oil, and nettle leaf extract may also be just as effective as glucosamine, only not as cost effective. In fact, chondroitin on it's own has been shown to be a great supplement for joints (19).

At the end of the day, glucosamine supplementation is proven to help joints (20) and really should be a supplement any strength athlete; especially bodybuilders and power lifters have on their supplement shelf.