Eat Your Meat: The Muscle-Building Bounty Of Beef And Fish

Meat is packed with protein, but a cut of lean beef or a can of tuna offers more than just macronutrients. They're like muscle-building multivitamins!

Milo of Croton, the legendary ancient Greek wrestling champion, is said to have consumed 20 pounds of meat each day. While such a beefy intake hardly seems realistic, it does emphasize how long ago athletes perceived the importance of certain foods in strength and performance improvements.

Milo's penchant for protein-dense food would have yielded an intake level some 10-20 times greater than today's big-time protein consumers, but the difference between him and them is one of degrees, not kinds. According to a recent survey of athletes at the University of Tampa, protein remains the most sought-after nutrient for those seeking muscle gains, and for good reason! High-protein foods and supplements deliver the amino acid building blocks for muscle protein synthesis (MPS).1,2 Plus, protein-rich foods promote satiety to help control overeating, and they increase thermogenesis, the body's internal calorie-burning mechanism.3-5 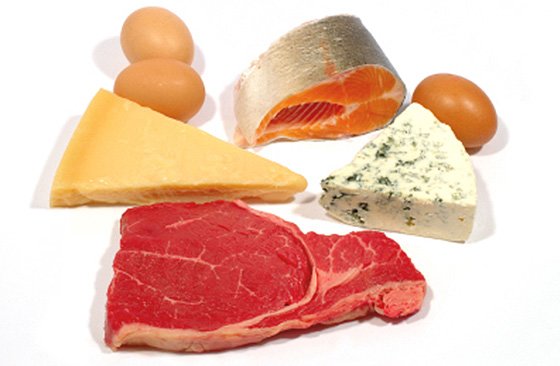 Protein remains the most sought-after nutrient for those seeking muscle gains.

But the appeal doesn't end there. Milo's mega-meat consumption also would have delivered a host of other muscle-building and body-leaning ingredients that also happen to be some of today's best-known supplements. These foods are your friends during heavy training, and they should be evaluated strategically for the ways they can help you maximize your physique beyond the macronutrients they contain.

Let's take a closer look at two classic protein sources to see what I mean.

For many, the sizzle of grilling beef is the sound of celebration. For athletes and weight trainers, it's also the sound of protein on the way.

Unlike plant-based protein sources, beef is densely packed with the same types of proteins humans are made of: skeletal muscle proteins like myosin, actin, and troponins, as well as collagen and other connective tissue proteins. Typically animal meat is more than 80 percent protein on a dry-weight basis. Assuming leaner cuts, the protein content of beef rivals fish and poultry at about 6-7 g per oz. depending on the cut. For maximum muscle impact with minimum calories, look for rounds or loins, which are extra-lean meat cuts.

Beef is more than just a piece of charbroiled protein. It is also a major source of micronutrients including vitamin B12 and the minerals phosphorous, iron, and zinc, all of which are crucial in muscle-building and athletic performance. It's also a key source of carnosine, the dipeptide which releases beta-alanine during digestion; and conjugated linoleic acid (CLA), a healthy fat that's been connected in studies to decreased body fat, among other benefits.6 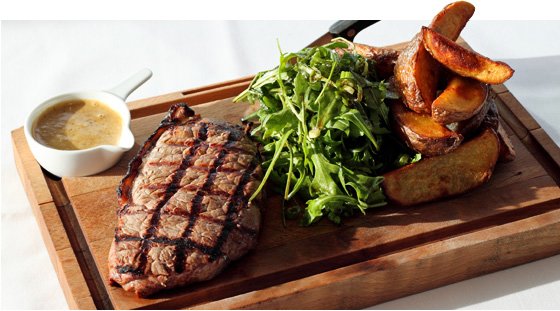 Beef is more than just a piece of charbroiled protein.

Beef is also one of most concentrated food sources of creatine, which it delivers to the tune of 1 g for every 8 oz. of meat. Creatine is a potent anaerobic backup energy reserve in muscle cells, usually applied during the first few seconds of high intensity muscle actions like weight training reps and sprints.1,7 It can also help increase mitochondria content in growing muscle cells, providing additional cellular energy for use in recovery and adaptation.8 In addition, creatine can draw and hold water into cells, which in turn supports additional protein-building.9

When it comes to supplements, there are few options for beef protein concentrates or isolates. If you find one, make sure its protein is derived from meat tissue, not collagen. Intact collagen is poorly digested and contributes little to MPS, and hydrolyzed collagen isn't much better. Go with real beef for real results! 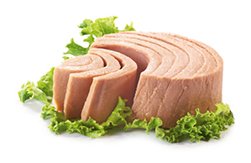 Water-packed tuna derives more than 80 percent of its calories from protein.

Our finned friends offer a wealth of muscle-building might and body-leaning support, both from protein and other nutrients. When it comes to protein, fish skeletal muscle is molecularly similar to mammalian skeletal muscle and offers the same 6-7 g of protein per oz., but is typically leaner. For instance, water-packed tuna derives more than 80 percent of its calories from protein, just one reason it has long been a favorite snack for athletes of all types.

The appeal goes beyond just protein. A 165 g can of tuna contains more than 3 g of leucine, the branched-chain amino acid most responsible for stimulating MPS. Tuna is also one of the best dietary sources of the amino acid arginine, which can support blood flow via nitric oxide production. That same can contains 2.5 g of arginine, as well as healthy blasts of iron, niacin, and vitamin B12. Fish also provides creatine at about the same level as beef, at approximately 1 g per 8 oz. in the case of tuna.7

Fish is also the single best source of the omega-3 fats EPA and DHA. You can get some EPA indirectly from non-meat sources like nuts and seeds, but DHA comes only from seafood. These special fats are unique in many ways, but when it comes to muscle, researchers have reported that when people consumed fish oil supplement providing a little more than 3 grams of EPA and DHA for eight weeks, their MPS was optimized in response to eating.10,11 In addition, omega-3 fats have been reported to help improve aspects of exercise recovery like reducing inflammation and soreness.12 One last exciting area of fish oil application is the ability of omega-3 fats to potentially support optimal testosterone formation.13 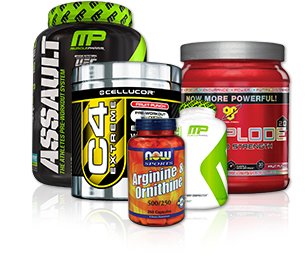 You might see some familiar names on here: creatine, beta-alanine, CLA, and arginine, for instance. Does that mean that a diet heavy in meat makes them obsolete? Not unless you want to pile your plate like Milo every day! These classic performance-boosters still have plenty of value, but they're not meant to be a replacement for food sources. They're supplements; use them that way. Just don't forget to get your fill of flesh, too!