Although considered an important trace mineral since the 1950s, selenium's many functions are still being defined by researchers. Find out what it can do for you!

Although considered an important trace mineral since the 1950s, selenium's many functions are still being defined by researchers. Indeed, the benefits of selenium are many, and, without adequate intake, the body might be subject to a range illnesses and stresses. Many are unclear both in terms of how much of this mineral they need to show a positive selenium status, and the types of foods and supplements in which to derive sufficient levels of selenium.

One thing is for sure: selenium, given its trace mineral status, should be taken in small amounts, otherwise toxic build-up may occur. In fact, in areas where soil concentrations of selenium are excessively high, plants that are grown therein are toxic to humans and animals alike (indeed, many of selenium's compounds have modes of action similar to arsenic). Conversely, many areas of soil are deficient in selenium, and, as a result, those eating foods produced in this land are advised to seek out supplements, and foods, with added selenium.

Selenium is nothing new, having been discovered in 1817, in Sweden, by scientist Jons Jacob. However, its disease preventing actions were demonstrated 32 years later, in 1950, when researchers in the US and Germany collaborated to highlight its important antioxidant actions.

In 1973, selenium was shown, by researchers at the University of Wisconsin, to be a co-factor of glutathione peroxidase - a detoxifying substance. In light of its historical underpinnings, it is safe to say selenium is immensely important to health and well-being. But why is selenium so important, what are its benefits, and why is selenium deficiency problematic? Read on to find out.

As mentioned, selenium is a trace mineral, or micro-nutrient, important for health and well-being, and a component of all known forms of life (in humans selenium concentrations are highest in the liver and kidneys). It exerts its beneficial effects by combining with proteins to make selenoproteins. These selenoproteins are essentially antioxidant enzymes (glutathione peroxidase specifically), with antioxidant properties, which help to prevent cellular damage resulting from free radical build-up.

Denoted on the periodic table with the symbol Se, and atomic number 34, selenium is chemically related to sulphur and tellurium, and regarded as a toxic non-metal. Copper, sliver and lead are the main sulphide ores, in which selenium, as selenide, occurs.

Selenium On The Periodic Table Of Elements.

Selenium, independently, or in tandem with vitamin-E, help to ward off several types of disorder including cancer, 2,10 cataracts, 8,11 heart disease, 2,7,10 fertility problems 8, and neurological conditions/psychological problems 6,9 as mounting research has shown.

These problems might be countered by (in its selenoprotein form) selenium's ability to minimise free radical proliferation. It also plays a major role in the functioning of the thyroid gland, which has mental health ramafications. 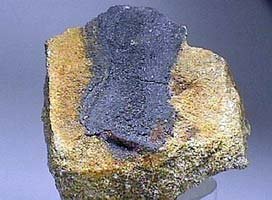 Over-supplementation of selenium can result in a serious toxic reaction, although this is rare, given a considerable amount would be needed to have this effect. An overdose could cause hair loss, nausea, vomiting, and fingernail changes (which occurred in one case where people consumed 500-times the RDA).11,13,14,15

This condition is called selenosis, and can include additional symptoms of mild nerve damage and gastrointestinal distress.13 A lesser, more likely toxic effect, might cause depression, garlicky breath and anxiety. However, given many rely on diet for their selenium requirement, any level of toxicity is unlikely, for these people. Experts caution against more than 200mcg used on a long-term basis, until a safe dosage is ascertained.

Note: mcg = microgram" or one-millionth of a gram.

The Recommended Daily Allowances (RDA) For Selenium Are Set At The Following: 4,8

These Are As Follows: 11

The Best Sources Of Selenium

The most concentrated food source of selenium is the Brazil nut, with a single nut containing almost 120mcg (twice the RDA). Thus, it is advisable to eat Brazil nuts only very occasionally, due to the potentially toxic effect they may have, in light of their high selenium levels (one ounce may contain up to 600mcgs).

The most common sources of selenium include bread and meat. Animals that eat grains or plants grown in selenium rich soil are likely to have higher levels of selenium in their meat content. Seafood, as well, is often rich in selenium. Three-ounces of tuna, for example, has a relatively high 63mcgs of selenium.

Supplemental selenium can be used in instances where it has been shown that one is clearly deficient in this mineral. Those with widespread infection, or gastrointestinal problems such as Crohn's disease16, are most likely to be deficient in selenium, and would therefore qualify for larger, supplemental dosages. Selenium supplements can also be used, on a smaller scale, by the general population, to ensure they are not lacking in this vital nutrient.

Selenium, as a vital trace-mineral, is important in terms of ensuring complete health and well-being. Selenium deficiency has been linked to all major health conditions, from cancer to heart-disease, low immunity to cataracts. Ensure all nutritional basis are covered by eating selenium rich foods, and supplementing if necessary.