Everything you need to know about the evil catabolic hormone!

Training is my drug.

I train hard. I train heavy. I push the limits.

I work out six days a week. I work out twice a day.

All because I want to be buff and ripped.

But my training addiction has a downside. Training this often and this intensely not only appeals to my psyche, it also triggers the release of a hormone called cortisol, which is always looking for new bodies to shrink and "smoothify." (Yes, I invented that word.)

No wonder bodybuilders tell their children bedtime stories about the horrible hormone that will come and get them if they don't eat their spinach. Cortisol wants to break down your muscle and increase body fat, the very things that you hope to avoid. 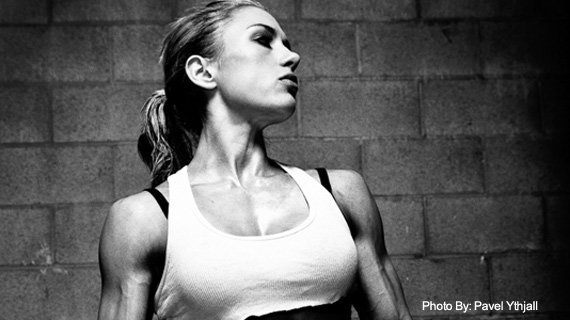 "I train hard. I train heavy. I push the limits."

To help you train hard and train often while escaping cortisol's clutches, I sat down and talked to my favorite muscle-science researcher, Jerry Brainum. He was the science editor at Muscle & Fitness for 10 years, has been a contributing writer at Ironman for 25 years, and consults on nutrition with world-class elite athletes such as Floyd Mayweather.

There's growing interest in cortisol, namely in how to control it when you train very hard and frequently. But aren't there some good aspects to cortisol?

Yes. For one, cortisol is a primary anti-stress hormone. Without cortisol, you would go into shock and die if exposed to trauma.

Cortisol also plays an important role post-exercise, by helping to supply fat in order to power muscle-protein-synthesis reactions. So cortisol is definitely not all bad.

Most serious athletes across sports train twice a day. For instance, swimmers train for hours, both morning and afternoon. How do they manage cortisol?

Any type of intensive exercise is capable of elevating cortisol. But athletes with the highest levels are usually those who overtrain. Overtraining is a form of stress, and in response to any type of stress, cortisol release is activated.

Ultra-long-distance runners probably have the highest cortisol levels, but keep in mind that cortisol release is modified by athletic experience. Those new to exercise or sports will secrete higher amounts of cortisol than more experienced athletes. One easy way to manage cortisol is to get sufficient rest between exercise sessions, and also enough sleep.

Do some people release and produce more cortisol than others? And is it an advantage or disadvantage?

Cortisol release is very high for those suffering from Cushing's disease, and deficient in those with Addison's disease. President John F. Kennedy was one of the more prominent sufferer of Addison's. Having excess cortisol is a greater disadvantage for those seeking athletic success because of its catabolic effects.

Cardio is thought to result in tons of cortisol circulating in the body. Is that true? Or is weight training "worse?"

The effect of cardio exercise on cortisol has been greatly exaggerated. Levels begin to rise after an hour of aerobics. As for weight training, the more intense the exercise, the higher the cortisol release. But again, those more training experienced often show little or no change in cortisol. They've adapted. 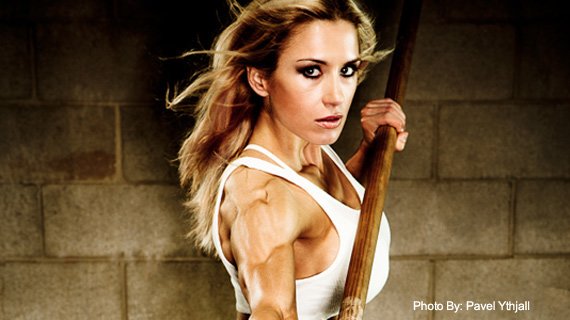 "You're not afraid of aerobic exercise, are you?"

From a hormonal point of view, what's the best time to do cardio and weights?

Cortisol levels peak in the early morning, so exercising very early should result in higher cortisol output. Training in the evening produces the lowest cortisol response. But practically, it's best to train when you most feel like it or can fit it into your schedule.

What do you think about cortisol testing? Pros and cons?

It's a good idea for endurance athletes or those engaged in either longer workouts or who train more than once a day. The only con is the cost of the test.

What supplements help with cortisol control? And do they really work?

Phosphatidylserine has been suggested in some studies to support healthy levels of cortisol, with subjects taking 400 milligrams daily. Another supplement for this purpose is Relora, a plant extract.

Can you combine Relora and phosphatidylserine, or is that too much?

Yes, you can mix it, but whether that would significantly increase any effect isn't known.

What are signs of excessive cortisol production?

Water retention, bloat, excess fat in the central area (trunk) of the body, and failure to increase muscle size and strength. Cortisol promotes the release of myostatin, a protein that breaks down muscle. 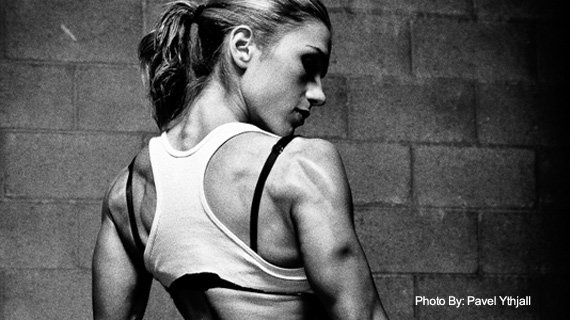 Pauline doesn't seem to have any trouble with cortisol, does she?

What are the signs of inadequate cortisol production?

What is the relation between cortisol and testosterone levels?

Cortisol has an inverse relationship with all anabolic hormones, including testosterone, growth hormone, and insulin. When cortisol is elevated, these other anabolic hormones are depressed, and vice versa.

I've read that unfit people tend to release more cortisol than the fit. True, and if so, why?

The enzyme that converts an inactive form of cortisol into the active form is found in fat cells. So the obese tend to produce more cortisol. Whether this perpetuates the obesity is still a matter of debate among scientists.

But there are experimental drugs that inhibit the enzyme that converts inactive cortisone into the active form, and these drugs have shown beneficial effects against obesity in preliminary animal studies. Also, those who are fit are able to handle any type of stress more effectively than those who aren't fit.

As a result, fit people produce less cortisol even under stressful conditions.

Cortisol automatically goes up with both styles of training.

Pauline Nordin is a top international fitness model and personality.