Its backers say carnitine offers powerful health and performance benefits. But a new study seemed to link it to heart disease. I'm here to separate the truth from the hype. 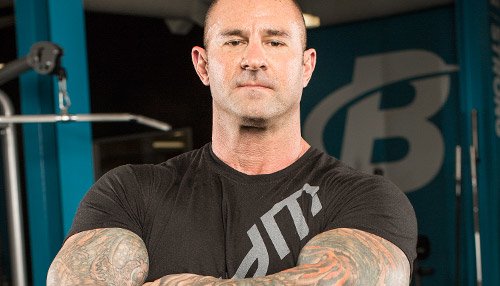 I READ RECENTLY THAT CARNITINE IS A DANGEROUS SUPPLEMENT TO TAKE BECAUSE IT CAN CAUSE HEART DISEASE. SO WHY DO YOU RECOMMEND PEOPLE USE IT IN YOUR PROGRAMS, SUCH AS SHORTCUT TO SHRED?

Let me start by stating that carnitine is not dangerous and is a very safe and effective supplement. The recent confusion about carnitine arises from a new study that reported a possible association between carnitine and atherocsclerosis. But before I get into the details of this flawed study, let's first take a closer look at carnitine and what it does in your body.

L-carnitine, or just carnitine (the "L" refers to the configuration of the carnitine molecule that is biologically active) is often referred to as an amino acid, but it is not a true amino acid. Carnitine is an amino acid-like compound that is made in the body from the amino acids lysine and methionine.

Its name is derived from the Greek word for flesh or meat, carnus. Not so coincidentally, it's abundant in red meat and dairy products, but it can also be found in various nuts, grains, and green vegetables. Your body also naturally produces carnitine, and if you're chronically deficient, you struggle to use fat as a fuel. This can lead to muscle weakness, stunted growth, and an enlarged liver, among many serious problems.

One of the main roles that carnitine plays in the body is in assisting the transport of fat into the mitochondria of cells, such as muscle cells. It is here in the mitochondria where the fat is burned away as fuel. This is why carnitine is a popular ingredient in fat burners. Research confirms that supplementing with carnitine increases the amount of fat burned, particularly during exercise. This enhances fat loss and also boosts muscle endurance by sparing muscle glycogen.

Carnitine has also been found to improve blood flow by increasing nitric oxide production. This relaxes the smooth muscles of the blood vessels, causing them to widen, allowing more blood to flow through. This can further promote muscle endurance through better deliver of nutrients and oxygen to working muscles, along with helping to improve recovery after exercise.

With all these benefits, carnitine sounds like quite a beneficial supplement. So you are likely confused with why the New York Times and many other newspapers are suddenly reporting on carnitine as if it's going to kill you. They even have a study to support this sensationalism! But let's take a closer look at that study.

It was published in the journal Nature Medicine by researchers at the Cleveland Clinic. They reported that the intestines contain microbiota that can convert carnitine into trimethylamine-N-oxide (TMAO), an organic compound which may promote atherosclerosis. They also reported that the consumption of carnitine increased TMAO levels in red meat eaters, but not in vegans, due to a difference in gut microbes between omnivores and vegans or vegetarians. 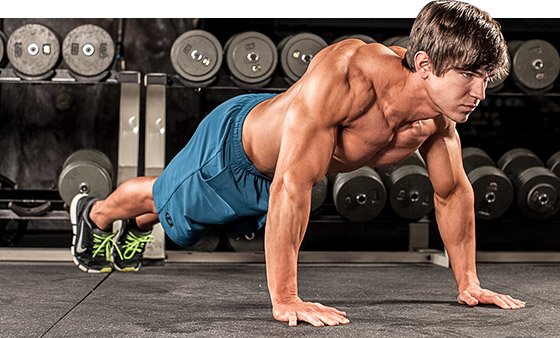 Supplementing with carnitine increases the amount of fat burned, particularly during exercise.

So what's the problem? Among the major flaws in this study, the researchers based many of their conclusions about TMAO on research done in mice. So we don't truly know whether or not TMAO actually causes cardiovascular disease in humans. Another issue is the fact that the human component of their study consisted of only six people: one vegan and five meat-eaters. Six people is not even close to being enough subjects to draw conclusions.

Additionally, after reading the study, I'm left wondering about the health of these meat-eating subjects. Did they exercise regularly? Did they eat a healthy diet? These factors can all dramatically impact a person's gut microbiota. In short, this study is weak at best, so take it with a shaker cup-sized grain of salt.

The Study You Didn't Hear About 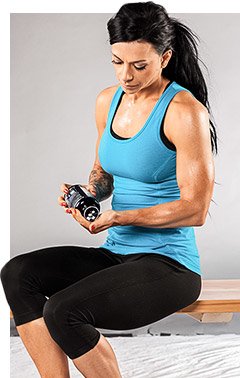 The Cleveland Clinic study isn't the only major carnitine study to come out recently. A brand new meta-analysis study published in the journal Mayo Clinic Proceedings analyzed 13 different studies on the effects of carnitine and cardiovascular disease. The researchers reported that carnitine is actually helpful for fighting against cardiovascular disease, not contributing to it. You read that right.

More specifically, they found that supplementing with carnitine reduced all-cause mortality by almost 30 percent, reduced heart arrhythmias by 65 percent, and reduced symptoms of angina by 40 percent. Additionally, they noted research showing that carnitine helps to prevent atherosclerosis, not lead to it.

It's easy enough to explain how the Cleveland Clinic study got such big headlines. Once one prominent paper decided to run with the latest dose of doom and gloom, dozens of others seemingly had no choice. I'd be happy if the more positive study got the same level treatment, but I'm not holding my breath.

If you're taking carnitine now, feel safe to continue taking it for better endurance during workouts, greater muscle growth and strength gains, and improved fat loss. Based on the study in Mayo Clinic Proceedings, it may also offer a host of other health benefits that include enhanced cardiovascular health.

Because L-carnitine requires insulin to be taken up into the muscle, I suggest that you take about 2-3 grams of either L-carnitine or L-carnitine L-tartrate (Carnipure), either with high carb meals or a protein shake. Good times for this are in the morning with your first meal, and with your pre- and post-workout meals.