With many types of creatine on the market, all claiming to be the best, how do you choose the best one for you? Here is the scientific truth!

Creatine is a nitrogenous amine. Normal daily dietary intake of creatine from an omnivorous diet approximates 1 g. Exogenous dietary sources of creatine include meat, fish, and other animal products, but it may also be formed endogenously in the liver, kidney, and pancreas from the amino acids glycine, arginine, and methionine. One-half kg of fresh, uncooked steak contains about 2 g creatine.3 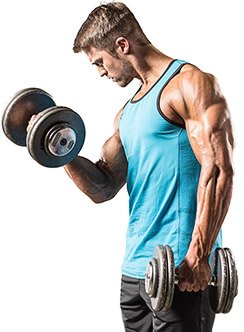 Creatine has become a popular nutritional supplement among athletes. In 1998, about $US200 million was spent on creatine monohydrate. Of the approximately 300 studies that have evaluated the potential ergogenic value of creatine supplementation, about 70% of these studies report statistically significant results while remaining studies generally report non-significant gains in perfomance.1

However, studies that have reported no significant benefit of creatine supplementation often have low statistical power, have evaluated performance tests with large test-to-test variability, and/or have not incorporated appropriate experimental controls.1

Creatine supplementation is not banned by the International Olympic Committee and, with the exception of a small increase in body mass (~1 kg) over the initial 3-6 days, does not appear to have any adverse side effects, at least with short-term use.2

Few scientific data are available for more prolonged use but considering the large numbers of athletes using creatine over the past 6+ years and the absence of reported problems, it may be that the often discussed somewhat nebulous long term adverse effects are presently being overestimated.2

Creatine Storage in the Body

Various supplementation strategies have been used in attempts to increase total creatine concentration, particularly phosphocreatine. The most commonly used protocol is to ingest a daily total of 20 to 30 g of creatine, usually creatine monohydrate, if four equal doses of 5 to 7 g dissolved in fluids over the course of a day, for 5 to 7 days.3

Dr. Green and colleagues reported that creatine ingested in combination with simple carbohydrates substantially increased muscle creatine accumulation compared with the ingestion of creatine alone.5 (View products like this.) Furthermore, ingestion of creatine in conjuction with carbohydrates reduced the interindividual variability in the magnitude of muscle creatine accumulation, such that all subjects demonstrated an increase in muscle total creatine content ?20 mmol/kg dry mass.

It was proposed that the stimulatory effect of carbohydrates on muscle creatine accumulation was due to insulin-enhancing muscle uptake, probably by stimulating sodium-potassium pump. Recently, same laboratory has confirmed that insulin can increase creatine accumulation in skeletal muscle but only when present at a concentration close to, or in excess of, 100 mU/l.6

On the basis of these findings, it is clear that creatine supplements would need to be ingested with very large quantities of simple carbohydrates to achieve an insulin-mediated stimulation of muscle creatine transport. However, it has been reported that the ingestion of proteins in combination with carbohydrates can result in a greater increase in serum insulin concentrations than would be expected from the sum of their individual responses.7 (View products like this.)

Thus, the aim of recent study by Dr. Steenge and coworkers was to examine whether the ingestion of creatine in combination with a solution containing about 50 g of protein and about 50 g of simple carbohydrates could increase serum insulin concentration to a level similar to that observed after the ingestion of about 100 g of simple carbohydrates.8

According to Dr. Steenge and colleagues, "This information will be useful to individuals aiming to elevate their muscle total creatine store by supplementing with creatine, particularly those that regularly ingest CHO-protein [carbohydrate-protein] supplements after exercise or several meal-replacement supplements per day...the potentiating effect of insulin on creatine disposal was less marked after the fourth oral challenge compared with the first. We would, therefore, propose that ingestion of CHO alone, or in combination with protein, in an effort to augment muscle creatine accumulation will probably only be highly effective on the first day of supplementation."

D-pinitol is a plant extract that has been reported to possess insulin-like properties. Thus, the purpose of recent study by Dr. Greenwood and coworkers was to examine whether co-ingestion of D-pinitol with creatine affects whole body creatine retention.9 Results suggest that ingesting creatine with low doses of D-pinitol (2 x 0,5 g/day) may augment whole body creatine retention in a similar manner as has been reported with co-ingestion of high levels of carbohydrate or carbohydrate and protein. However, ingestion of higher dose of D-pinitol (4 x 0.5 g/day) did not enhance retention. Clearly, more research is needed before conclusions can be drawn.

D-pinitol is a plant extract that has been reported to possess insulin-like properties.

Effervescent creatine products have been marketed as a more optimal means of ingesting creatine because they theoretically enhance the suspension and solubility of the creatine in liquid, optimize pH levels to prevent degradation of creatine to creatinine, and reduce purported gastrointestinal problems that may interfere with creatine transport in the gut.

"A recent article in an independent and widely-respected journal of naturopathic medicine has acknowledged that Creatine Serum is the safest and most effective form of creatine for athletic supplementation. The article appeared in the February/March issue of The Townsend Letter for Doctors & Patients...It outlines the different forms of creatine available, and details the rising safety concerns around supplementation with large doses of creatine powder.

These safety concerns include the osmotic effect of dehydration resulting from creatine monohydrate's insolubility, and the suppression of natural creatine production in the body...The article also points out several other important concerns around creatine monohydrate powder supplementation. For example, an unknown amount of powder remains unaccounted for in the digestive system. Furthermore it may cause complications in stomach acid deficiency and an increase in the body's production of formaldehyde. Both of these could lead to potentially serious complications." 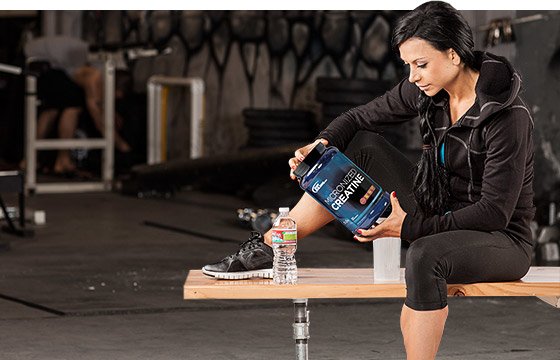 A recent article in an independent and widely-respected journal of naturopathic medicine has acknowledged that Creatine Serum is the safest and most effective form of creatine for athletic supplementation.

However, there is no scientific evidence supporting these claims, and the Townsend Letter for Doctors & Patients is certainly not a peer-reviewed scientific journal. I just read this paper (Gina L. Nick, Ph.D., N.D.: Creatine phopshate complex and creatine serum) and I was stuck by the following statements: "Creatine monohydrate is less than 1% soluble in water (0.7%), and therefore most preparations come in powdered form or suspended in a variety of viscous proprietary compounds. Only the soluble 1% is absorbable through the stomach lining. Of the remaining 99% of the ingested monohydrate, roughly 90% will be hydrolyzed to creatinine by stomach acid, leaving about 10% to enter the blood stream and taken by muscle cells."

Although creatine is not subject to first-pass metabolism, other routes are possible for decreasing systemic creatine exposure after oral administration. The rate of formation of the degradation products, creatinine, is increased in the presence of acid and therefore accelerated degradation is possible in the lower pH of the stomach. However, creatine degradation to creatine occurs at its maximal rate at pH 3-4.15 The degradation half-lives for the conversion of creatine to creatinine at pH values 1.4, 3.7 and 6.8 are 55, 7.5 and 40,5 days, respectively.15 At these rates, less than 0.1 g of a 5 g dose would be lost in 1 hour.

Caffeine is the most commonly consumed drug in the world, and athletes frequently use it as an ergogenic aid. It improves performance and endurance during prolonged, exhaustive exercise. To a lesser degree it also enhances short-term, high-intensity athletic performance.11 It is relatively safe and has no known negative performance effects, nor does it cause significant dehydration or electrolyte imbalance during exercise.11

Results of pilot study indicate that co-administration of creatine with low-doses of D-pinitol may offer a non-caloric means of augmenting whole body creatine stores. Effervescent creatine supplementation appears to be no more effective than ingesting creatine monohydrate alone. Creatine serum has no effect on muscle ATP or creatine stores even when taken at eight times the recommended dosage for 5 days. Caffeine has been reported to adversely affect the efficacy of creatine supplementation.

According to recent review by Dr. Persky and coworkers, "A short loading phase of 2-3 days taking 0.071 g/kg bodyweight (equivalent to 5 g for a 70 kg person) four times a day is suggested. Creatine should be taken with a high-carbohydrate meal or beverage, but high-fructose components (e.g. fruit juice) should be avoided because fructose does not elicit a significant insulin response. After the loading phase, creatine can be taken once daily at a dosage of 0.029 g/kg bodyweight to maintain muscle levels. This regimen should cause rapid increases in muscle creatine without overuse of the supplement."15

Anssi Manninen is a Finnish exercise physiologist specialising in sports nutrition and ergogenic aids and has consulted elite athletes in all sports.