By now, you've no doubt heard that coconut oil is a worthy addition to your cupboard. But what to do with it? Here's where to start!

Coconut oil has officially taken the health and fitness world by storm. No longer do you have to hunt through the incense smoke of your local health-food co-op to find it; it's in every supermarket and on many websites for surprisingly cheap. Along with its well-documented potential to aid health and performance, a growing number of people use it for their skin, hair, and as a great backup cooking oil.

Here are three reasons to cook with coconut oil!

When stored above 76 degrees F, coconut oil resembles a liquid similar to traditional oil. However, store it below this temperature (which you almost definitely will) and you'll find it to be a slightly chalky solid, similar to butter. This makes it remarkably versatile.

In its liquid form, it blends beautifully with baked foods—just make sure your other ingredients are higher than room temperature, or the coconut oil will solidify again! In its solid state, it spreads well on a slice of warm toast, pancakes, or between two baked-potato halves. In all those cases, its flavor and consistency beat olive oil by a mile.

To avoid having to scrape out precise amounts of solidified oil from the jar—it can be a pain as you get close to the bottom—consider adding liquid coconut oil to an ice cube tray and freezing them. A tablespoon per cube makes for easy measuring. 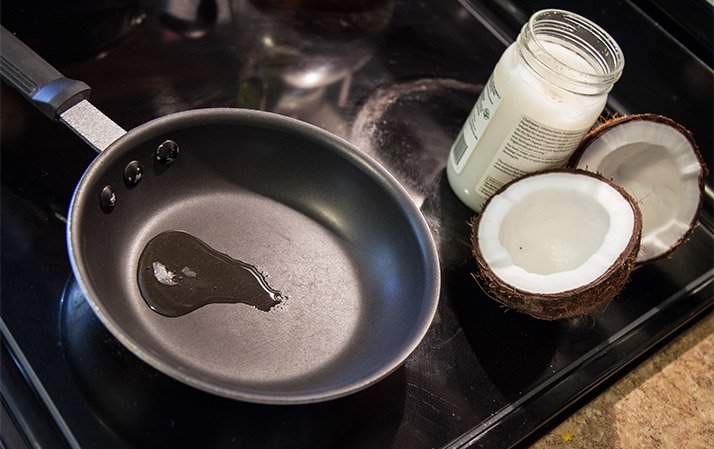 The smoke point refers to the temperature at which the oil begins to visibly smoke and the taste and nutrition go seriously downhill. Coconut oil has a smoke point of 350 degrees F, which is significantly higher than that of olive oil . This small yet significant difference may afford you those extra few seconds to finish chopping your sauté veggies before you set off the smoke detector.

What to do with all that olive oil you've been frying with? Drizzle it over cooked foods, or use it in salad dressings, where its flavor can come through and nutrition can stay intact.

Coconut oil can almost always be substituted in place of butter, shortening, or oil in a pinch. Sauté greens in it, or use it in cookies, cakes, puddings, and smoothies. In baked goods in particular, you won't notice the slightest difference in consistency. Simply substitute at a 1:1 ratio, and you'll be set.

As for the flavor, well, some people find it a little strong at first when cooking meat or vegetables, but it usually grows on them quickly enough. In other dishes with more ingredients, you'd be hard-pressed to notice.

One of my favorite ways to use coconut oil is to turn a boring protein shake into protein pudding! 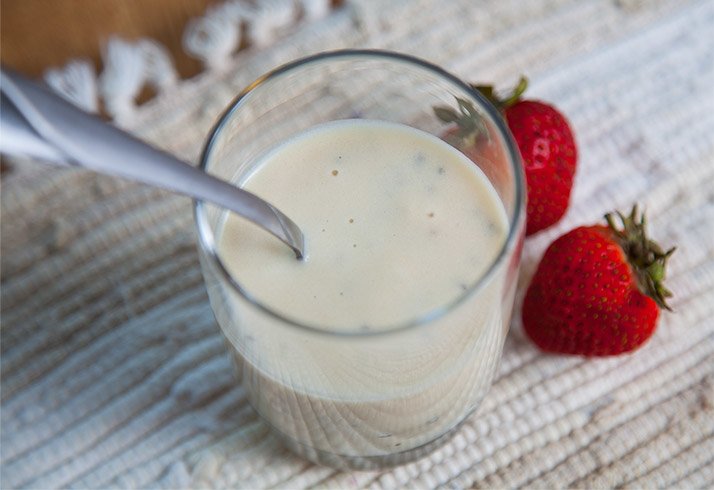