Meeting your daily macros is great, but without proper supplementation your workouts could be going to waste. Make the most of your training with these vegetarian-friendly supps.

Once you've mastered breakfast , making sure your day of vegetarian eats is as well-rounded as any mindful carnivore's might sound like a simple task. After all, you've kicked off the morning with a healthy dose of essential omega 3s, downed B-12 fortified milk, taken in some iron and zinc, and added 30 grams of protein for good measure. But the quest to meet not only your macros but also your daily pre- and post-workout essentials has only just begun.

That's right, we're talking supplementation, which can play an important role in any vegetarian diet.

For vegetarians, especially those who work out, taking that extra step to make sure you're adding essential amino acids to your diet is paramount. After all, cutting meat from your diet comes at a cost, but that doesn't have to be your gains. Check out this list of pre- and post-workout supplements to help you fuel your workouts and reach your full fitness potential.

Supplementing with creatine is a must for vegetarians. Creatine is stored in muscle, so the only way you can get it through diet is by eating animal meat. This leaves vegetarians out in the cold.

"Supplementing with creatine is a must for vegetarians. Creatine is stored in muscle, so the only way you can get it through diet is by eating animal meat."

It's a no-brainer, then, that the more creatine you have stored, the better your exercise performance and recovery time. In fact, the benefits of creatine are thought to be even more pronounced in vegetarians, who have lower resting muscle-creatine stores.

Beta-alanine, a nonessential amino acid produced in muscle tissue, has been shown to enhance muscular endurance and delay fatigue. Once ingested, it's converted to carnosine (with the addition of a histidine amino acid group), and contributes to intracellular buffering—which helps to delay fatigue during high-intensity activity. Basically, this means you can go harder for longer periods of time in the gym.

But don't worry—you don't need steak to be great.[2] Supplementing with beta-alanine can increase carnosine concentrations, enhancing your training by increasing your work capacity and overall training volume.

Recommended intake: 10-15 grams daily. Drink before, during, and after workouts to help reduce protein breakdown and diminish the feelings of fatigue.

Branched-chain amino acids are key to regulating protein metabolism. They promote protein synthesis and suppress protein degradation. In muscle, BCAAs serve as an important energy source during exercise, and BCAA supplementation taken before or after exercise may improve recovery of damaged muscles. BCAAs may also help you fight off fatigue during your workouts by reducing levels of tryptophan—and consequently serotonin—in the brain, therefore reducing your perception of fatigue. In other words, bring on the extra reps! 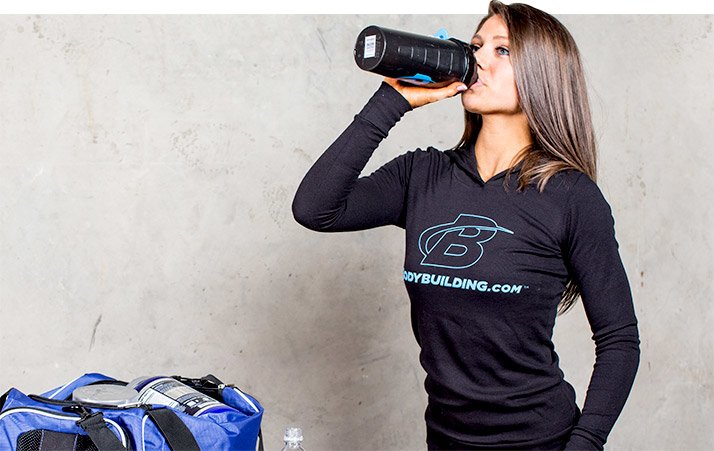 The only snag for vegetarians is that their diets typically fall short on essential amino acids. While nuts, beans, and grains contain some amino acids, they are often lacking those necessary for protein synthesis. Even if you consume a hearty amount of complete proteins, like quinoa and soy, your body may not be absorbing all of the amino acids due to a lower biological value compared to meat, which has a higher rate of absorption.

One power food you can rely on for BCAAs is egg. If you're a vegetarian, you might consider incorporating eggs into your diet, since the bioavailability of egg is comparable to that of meat. If you're looking to make the most of your workouts, supplementing with BCAAs is key.

A good BCAA supplement should have a 2:1:1 ratio of leucine, isoleucine, and valine. Not all BCAAs are vegetarian-friendly, but Aminocore and Kaged Muscle have the seal of approval.

In addition to the BCAAs and beta-alanine you'll be taking post-workout (see above), here are a few other supps you should be sure to throw into the mix.

Recommended intake: 20 grams within an hour of working out.

Protein might be the most glaring dietary deficiency vegetarians tend to face. The recommended daily intake for protein is 10-35 percent of total calories, but many vegetarians fall at the very low end of that range. Since many vegetarian sources of protein—including grains, nuts, and beans—are incomplete and have low digestibility scores (10-30 percent lower than their animal protein counterparts), it's important for vegetarians to be mindful of their intake. If you're a vegetarian, aim for 0.6-0.8 grams of protein per pound of body weight per day.

Not sure which tub of protein powder to take? Look for rice and pea protein. When combined, they offer a protein efficiency ratio that rivals dairy and egg. What's more, they're easily digested and hypoallergenic.

If you're still not sure where to start, check out this list of the 10 best-tasting vegan protein powders as decided by the BodySpace community.

Glutamine is a nonessential amino acid involved in protein and glycogen synthesis. It also helps support the immune system. While it may not lead to significant gains in lean body mass or reductions in body fat, those who hit the weights often can benefit from glutamine supplementation. Glutamine works by removing excess ammonia, which can accumulate during intense exercise, helping to regulate your body's acid-base balance.

The human body can make its own supply of glutamine. However, if you're struggling to fully recover from your workouts, or repeatedly putting a lot of stress on your muscles, you may opt to supplement your diet with a little extra glutamine.

Not all glutamine is vegetarian-friendly, but Deva Nutrition Vegan Glucosamine and Kaged Muscle Glutamine Powder have the seal of approval.