Your Muscles Are Thirsty: Here's Why

You know that growing muscles require lots of protein, but they need even more water. Don't wait for dehydration to impact your performance. Fill up on one of the most anabolic agents there is!

When you're watching elite physique competitions like events constituting Olympia Weekend, it can be easy to come to the conclusion that water is something to be "shed" in the quest for a more defined physique. While it's definitely true that dehydration practices are common in contest prep, in any other setting water is quite simply one of the most important anabolic nutrients you can ingest. Unfortunately, it is also one of the most overlooked.

A few years back, the Gatorade Sports Science Institute collaborated with Bally Total Fitness on a hydration-focused study, and researchers determined that more than 40 percent of participants going into a group exercise class were partially dehydrated.1 How strongly this percentage carries to strength training individuals is unclear, but there's no doubt about the negative impact that dehydration has on performance in weightlifting, as well as on muscular growth and recovery. 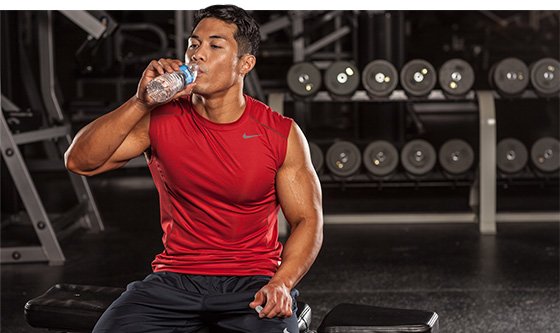 "Water is quite simply the most important anabolic nutrient you can ingest."

You've probably heard that the human body consists of approximately two-thirds water. However, this number barely begins to portray the importance of H20 from a muscular or training perspective. Let's plumb the depths of what water means to you in the gym. 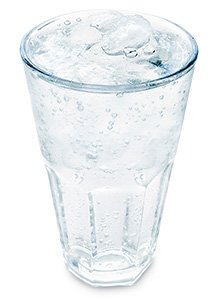 You may recall hearing somewhere—like in one of my previous articles, for instance—that muscle is more than 80 percent protein on a dry weight basis. However, it's equally important to remember that your muscles aren't dry. In a living, moving body, skeletal muscle is more than 70 percent water. All contractions and all of the heavy muscle protein synthesis operations take place underwater, so to speak.

During resistance training, water is driven from blood into muscle cells and surrounding areas—known as interstitial space—based on the muscle squeezing during contraction. This creates the "pump" sensation, but on a more fundamental level, it's also just what muscles do when they try to move a heavy load. However, when body water is compromised because of poor fluid consumption, often in combination with excessive sweating, water is drawn out of muscle and back into the blood. This ensures the preservation of circulation and keeps your blood pressure at safe levels.

When you don't have enough water to fill the muscle cells, you're at risk of losing more than your pump. Research studies have shown that when cells lose water, and thus volume, protein production can slow down and protein breakdown can speed up.2-4 While researchers are still working out the details, it seems likely that post-exercise muscle protein synthesis (MPS) would also be hampered in an dehydrated state.

Greater muscle breakdown, less new muscle growth—if the implications of that don't make sense to you, then you're definitely operating a quart low. Go get a glass—or maybe a jug—of agua before reading any further.

A Little Bit of Dehydration Makes a Big Difference

Several studies have indicated that during aerobic performance, such as running or cycling, performance begins to decrease when dehydration progressively exceeds 2-3 percent body weight loss.5 That may sound like a lot, but research has also shown that the thirst sensation doesn't really kick in until you're already dehydrated. So if it helps, think of it this way: If you're thirsty, your performance may already be affected.

For intense training, such as multiple sprint sessions and weight training, the window is slightly larger, but the impact can still be dramatic. Power generation is thought to become compromised at 3-4 percent reduction in body weight, but one research study was able to show that upper and lower body power output was reduced after 3 percent dehydration. The researchers concluded this simple amount was enough to increase athletes' risk of injury.6-7 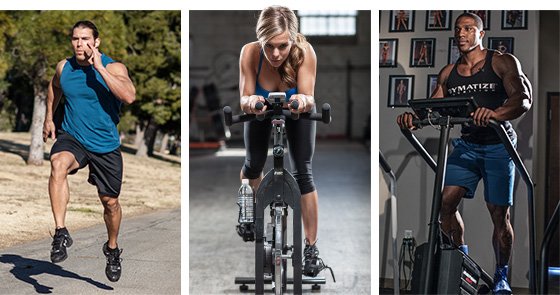 When researchers have looked more closely at how dehydration negatively impacts strength training, they have seen effects on both objective and subjective markers. In one study, participants were dehydrated by three percent before performing three sets to failure of the bench press, lat pull-down, overhead press, barbell curl, triceps press, and leg press, with a two-minute rest period between both sets and exercises. Another group performed the same routine, but properly hydrated. The researchers determined that total repetitions (all sets combined) were significantly lower when the participants were dehydrated, but subjects also perceived the exercises as more difficult, and they needed longer for their heart rates to recover.8

In a different study, researchers determined that measures of back squat performance were significantly decreased in later sets at levels of dehydration as low as 2.5 percent, and even more so at 5 percent.9 When the total work performed during a training session is decreased in such a way, so is the level of stimulus to build muscle and improve strength.10 Put another way, leaving your water bottle at home could mean leaving gains on the table. 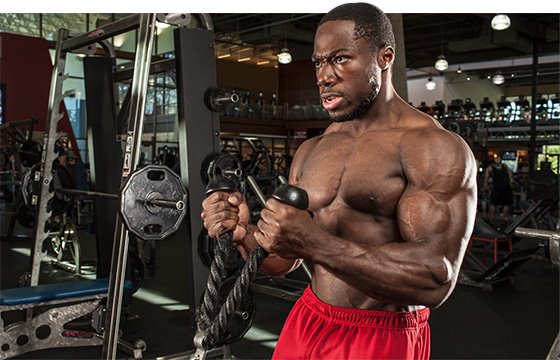 "Leaving your water bottle at home could mean leaving gains on the table."

When we do the math, it becomes clear that our dietary need for water far exceeds any other essential nutrient. The symptoms of water deficiency begin to show much more rapidly than for any other nutrient, and as such, water should be a top priority throughout the day—especially if you train.

General recommendations for people who train and sweat are 3.5-7 liters per day, or the equivalent of about 7-15 pounds of water. Do you think this is a lot of water? Well, don't sweat it! Some of it will come from fruits—which are often 80 percent water—and other foods. However, the bulk of your liquid needs need to come from water and watery beverages, including milk. Many weight trainers and strength athletes will hydrate before a workout and train with water bottles nearby or will frequent the water fountain, but others still ignore hydration opportunities before and during training.

Even pre-workout drinks, BCAAs, and electrolyte-based performance fluids consumed during training contribute to hydration, and the timing helps muscle cell volumization. As a general rule, drink fluids throughout the day and try to create the balance between not feeling thirsty and not spending too much time in the bathroom.

Don't leave your results up to chance. Staying hydrated is the cheapest, easiest way there is to maximize your performance in the gym and afterward, so keep a bottle close at hand and always know where you can get more!