The Do's And Don'ts Of Holiday Treats

An all-or-nothing approach to seasonal treats rarely works, and when it does, it's not fun. Here's how to make moderation work while everyone else is going to extremes!

As a single treat-filled day, Halloween seems harmless enough. But of course there's a trick: It's all too easy to enter a mental holiday daze of "Screw it, let's eat!" that lasts through Christmas, only to regret those unwanted pounds come January.

How? It's no mystery. Copious amounts of candy leads to an extended positive caloric balance, making it increasingly difficult to maintain your hard-earned physique—or find those initial results that give you the motivation to keep training. The average American gains 2-4 pounds per year, but up to 75 percent of this comes during the holiday season, which unofficially starts this week.1 This is especially true in the overweight and obese population.2

I'm not here to tell you that going cold turkey is the answer. I'm not planning on it! Instead, here's how to navigate the candy, cookies, and pie the winter months offer, so you can enjoy yourself without feeling awful later on.

Don't restrict yourself from sweets altogether

The key word is "restrict" here. If sweets aren't a high priority for you during the holiday season, hey, good for you. But if you have the type of sweet tooth where candy is always kinda on your radar, then denying yourself all the time is going to be a battle, to say the least. 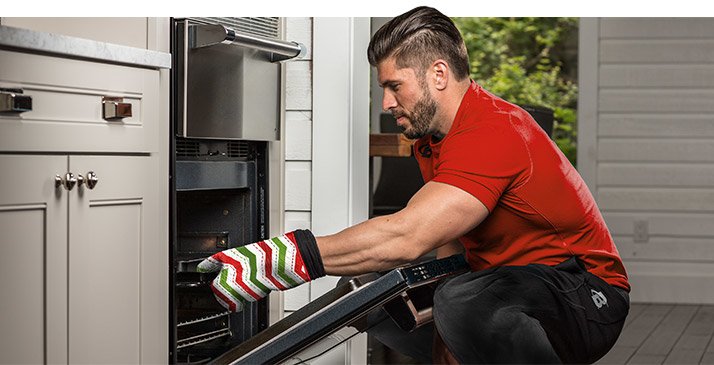 Rather than restricting yourself, include your favorite treat in moderation.

Here's what's wrong with that. Research shows that restrictive behaviors actually alter the chemicals within your brain to promote an increase in appetite and cravings. Not a decrease, an increase. This holds particularly true if you are already in a caloric deficit.

In action, this means that once your food of choice becomes abundantly available, there will come a point where you are more likely to give into this internal cue and overindulge, often to the point of no return. Rather than restricting yourself, include your favorite treat in moderation.

Have it in small amounts once or twice per week. For many people, that's enough to scratch their itch.

Many of us have certain desserts or treats that are, quite simply, part of the season. Maybe it's a certain cookie recipe your mom always made, or a pie that's such a regular at the Thanksgiving table, it's almost like a member of the family. These items are supposed to be indulgences; it's OK to enjoy them for what they are.

However, don't forget about the numerous high-protein, low-fat dessert options that work as delicious alternatives to the popular high-fat, high-sugar offerings year-round. Sentimental treats and convenient candy bars are calorie-dense and often laden with high amounts of fat and sugar.

A healthier alternative such as banana ice cream, snickerdoodle protein cupcakes, or chocolate-covered protein pretzels can absolutely satisfy your craving.

Stuck for recipe ideas? Check out this never-ending list from Bodybuilding.com!

Ditch the idea that healthy dessert recipes have to be sugar-free and nasty. Let the Bodybuilding.com Healthy Recipe Database awaken your taste palette to some lip-smacking, yummy desserts and treats, while helping you stay lean and healthy.


Don't set yourself up to have multiple leftover bags

If you allow yourself to purchase candy to pass out on Halloween, it doesn't make you an obesity-promoting villain. How you lead your life the rest of the year matters far more than what you do on a single night. 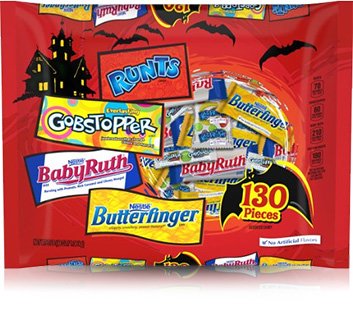 So ask yourself: How long do the remnants of that night usually stick around? Too often, cheap candy and BOGO deals run rampant in October, causing you to end up with multiple treats for weeks to come. A few pieces a day adds up quickly, setting you up in a positive caloric balance that you might not see coming. After all, they're just "fun-size," right?

The answer is clearly to be prudent in your purchases. Don't buy double what you'll use, and if for some reason you still end up with plenty of leftover candy, bring it into the office. If you just leave it anonymously by the coffee maker, hey, you won't be the first.

This might go without saying, but don't purchase king-size bars to hand out on Halloween. This one is both for you and your neighbor kids. Childhood obesity continues to be on the rise, and the rate of adolescent diabetes is exponentially increasing.2,3

Don't echo the message of sugary excess kids are already hearing all around them. And if there's a little person who is looking up to you, this is especially important. Teach them that a little portion control goes a long way.

Be sure to exercise control over yourself just as you do over your little ones! The number of individuals with type II diabetes or prediabetes is growing exponentially, and the risk runs higher in those who are overweight. If you (or your children) fall into one of these groups, you may need to forgo my earlier advice and cut out sweets altogether to avoid a lifelong battle with erratic blood sugar.

Do keep training hard this holiday season, but for the right reason

Yeah, there's an implicit "don't" here. Namely, don't get sucked into the two-headed numbers game of: 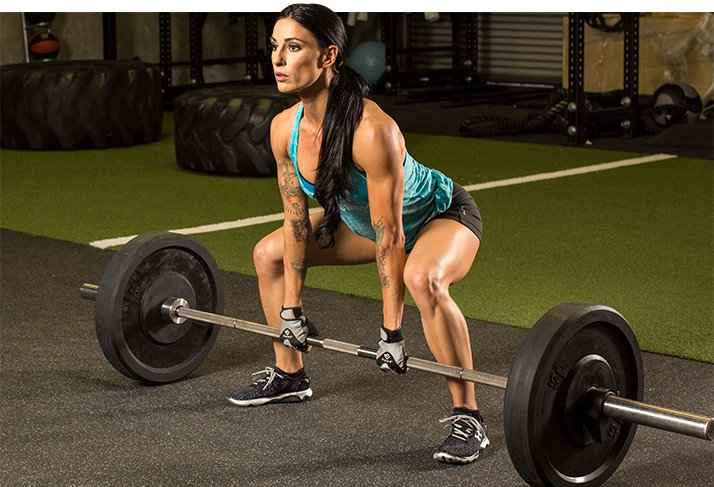 If you're using exercise as an excuse to eat treats recklessly, you're only tricking yourself!

Despite putting in the hard work, consistent training still doesn't warrant a buffet for every meal, no matter how many goodies you're surrounded by. In fact, research has shown that weight gain during the holiday season is not significantly influenced by total daily energy expenditure (TDEE).4 In other words, the numbers don't pan out nearly as much as you may hope. If you're using exercise as an excuse to eat treats recklessly, you're only tricking yourself!

I know that staying fit and healthy can seem like a complicated dance this time of year, especially when you see gluttony all around you. My message is just this: Keep it simple, keep your head, and you'll keep the results you've worked year-round to achieve.