Not all fruits are created equal. Harvest and enjoy these five flavorful nutritional powerhouses during the long hot days of summer!

With summer in full swing, more people are looking for ways to tame the heat. Instead of making a beeline for the ice cream parlor or guzzling sugary iced lattes, why not feast on Mother Nature's gift of refreshing summer fruit? Do so and you'll reap the benefits of their health-hiking, physique-chiselling powers.

A study in the American Journal of Clinical Nutrition found that people who ate five servings or more each day of fruit or vegetables were more likely to live longer.1 And if that isn't motivation enough to load up on the bounty of summer's nutritional stars, consider that higher intakes of fruit have also been associated with a lower risk of becoming overweight.2

Sadly, many of us need to do much better when it comes to fruit consumption. A new report from the Centers for Disease Control and Prevention suggests that 76 percent of American adults aren't meeting their daily fruit intake needs of 1.5-2.0 cups each day.3 Buck this trend by loading up on these five best flat-belly summer fruits!

It's time to pucker up! While you can find dried tart cherries and tart cherry juice year-round, be especially sure to grab them when they're available fresh during their fleeting summer season. Tart cherries are rich in antioxidants that have been shown to help improve recovery from training by limiting training-induced inflammation and muscular damage.4,5

Chop up a bunch of pitted tart cherries and combine them with halved cherry tomatoes, diced yellow or orange bell pepper, minced jalapeno pepper, chopped fresh mint, and a couple pinches of salt. Serve this salsa over fish or chicken.

While peaches may make the pie, sun-kissed nectarines are also a worthy addition to your summer menu. The easiest way to identify the difference between these two stone fruits is the absence of fuzz on the nectarine. Their yellow-tinged flesh is a good source of vitamin C, which can have an impact on fat oxidation during exercise, making it a potential ally in the battle of the bulge.7 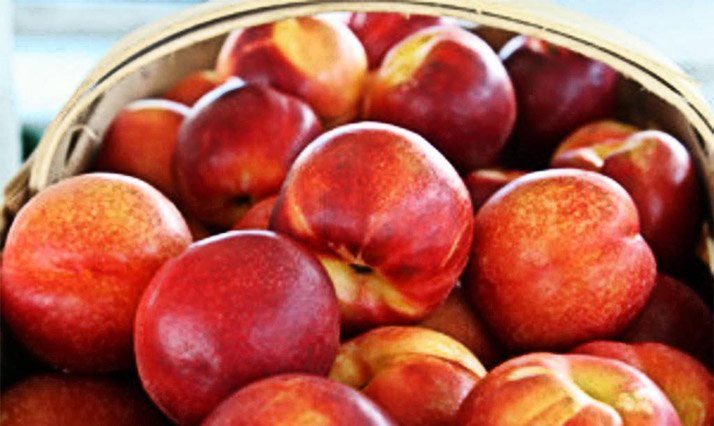 More good news: Scientists at the University of California (Davis) determined that nectarines can pony up notable amounts of disease-fighting antioxidants.8 A nectarine that's ready to devour will be fragrant, with slight give to the touch.

Recharge after a workout by blending together a cup of milk or almond milk, one pitted nectarine, one small chopped frozen banana, half a cup ricotta cheese, two teaspoons of almond butter, and a quarter teaspoon of cinnamon.

Consisting of about 90 percent water, this ultrarefreshing fruit is filled to its dimpled skin with liquid to help keep you hydrated when temps begin to soar. Cantaloupe's impressive nutritional resume includes plenty of vitamin C and beta-carotene. In the body, beta-carotene can be converted to vitamin A, which helps regulate the growth of new skin cells to assure you're flaunting the best beach body possible.

On its own, beta-carotene may have a protective effect against certain forms of cancer and cardiovascular disease.9 As a bonus, cantaloupe supplies healthy amounts of core-carving fiber.

Slice a cantaloupe in half, then slice about half an inch off of the bottoms so the halves can sit flat. Scoop out the seeds and stuff the cavities with Greek yogurt. Sprinkle with seeds or chopped nuts.

If the dog days of summer are leaving you parched, be sure to bite into summer's quintessential fruit, which is made up of more than 90 percent water. Proper hydration is important to keep your joints well-lubricated and your metabolism humming along. But watermelon is so much more than H2O. A recent study in the Journal of Agricultural and Food Chemistry discovered that the amino acid L-citrulline, which is abundant in watermelon, can dampen muscle soreness in athletes.10

The fewer muscle injuries you experience, the quicker you'll be able to once again show some feats of strength in the gym. This picnic fave is also loaded with lycopene, an antioxidant compound that gives watermelon its signature blush and may help improve blood pressure numbers.11 It may also work to reduce sun damage your skin.12

Toss together watermelon cubes with wedges of tomato and sliced cucumber. Blend together some olive oil, basil, red-wine vinegar or lemon juice, and salt. Drizzle the mixture over the watermelon salad and garnish with feta cheese or goat cheese and chopped pistachios.

They might be blue, but when it comes to nutrition, there's nothing sad about these health bombs. For a mere 84 calories per cup, blueberries deliver 4 grams of belly-flattening fiber and a huge payload of anthocyanin antioxidants, chemicals responsible for the deep purple hue of the fruit.

Researchers in New Zealand determined that antioxidants in blueberries may help reduce muscle-cell damage brought about by oxidative stress.12 A separate animal study reported that an antioxidant in blueberries called pterostilbene may help your six-pack pursuit by limiting fat storage and increasing fat burning.13 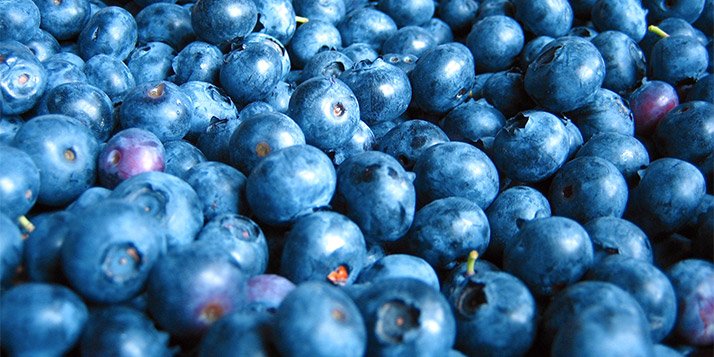 Of interest, research suggests that cooking does not result in a significant drop in the antioxidant power of blueberries.14 If you can find them and don't mind the splurge, wild blueberries are especially chock-full of antioxidants.