Secret Sodium: The Salt Hiding In Your Food

You know that potato chips and fries are packed with sodium, but what about brownies and cereal? Three health experts explain the salty consequences of our societal addiction to processed foods.

Pass the salt, please. We've all said it before—probably more than we think. While the recommended daily consumption of sodium is 2,300 mg, studies have shown that Americans consume well more than that, with an average of about 3,600 mg per day—and especially Americans between ages 19 and 30 [1,2].

We consume so much salt that the American Medical Association has openly suggested we reduce salt consumption altogether [3]. So, we get it: Sodium can be bad for us. But it's not all that bad. In fact, an amount is necessary for normal body function. So why should we care? Let's take a closer look.

It's a Salty, Salty World

Approximately 80 percent of the sodium consumed by Americans comes from processed foods like cereals and baked goods. Bet you didn't know Cheerios and brownies are two salty culprits! [4]. The other 11 percent comes from shaking salt at the table or throwing in a few pinches to the frying pan while trying to imitate the latest Top Chef stars [5,6]. But it's not just what we add ourselves that can be a problem. Processed foods are often high in salt, since it's used as a preservative to keep food fresh longer. 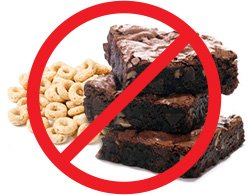 So what is salt, exactly? Sodium is an element in table salt that is both necessary for certain body functions (more on that below), and that can also contribute to health issues like high blood pressure and heart disease when consumed in excess [7,8,9].

Why not just cut out salt completely? For one thing, some salt is essential. Important vitamins and minerals containing salt, like iodine and sodium chloride, can help maintain fluid balance, body temperature, and nerve and muscle function [10,11,12]. Salt is also necessary to maintain proper blood pH (the balance between acidity and basicity). And for the athletes among us, salt is essential in maintaining healthy blood pressure, so athletes should be wary of sodium deficiency from overhydrating before competitions [11,14,15]. Cutting back on salt too much may even increase cholesterol and triglyceride levels, which can contribute to heart disease [16].

We know. It's tricky! To break it down a bit further, here's what three experts had to say.

The Skinny on Sodium

Kent Berridge, a professor of neuroscience and psychology at University of Michigan who researches the brain bases of emotion, motivation, and reward to determine what drives pleasure, liking, wanting, addiction, and the structure of natural behavior.

Dr. Jeffrey Mechanick, an endocrinologist specializing in nutrition. He practices at Mt. Sinai Hospital in New York City and is the author of The Complete Guide to Lifelong Nutrition.

Jason Edmonds, a biomedical researcher who works in the pharmaceutical industry and studies bacterial resistance to antibiotics and biological mechanisms strengthening autoimmune disease pathology. Edmonds is also a competitive Olympic weightlifter and one of Greatist's in-house experts. 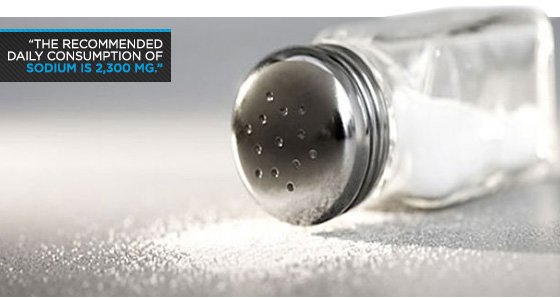 Q. So let's start with a basic one: What does salt really do to the body, and why can it cause problems?

Jeffrey Mechanick: Salt is an essential nutrient. It's a chemical the body needs in order to function. So why does it cause problems? As we enter into recent phenomena of processed foods which contain added salt solely for taste, we now overeat salt, more than our body can handle.

As a result, blood pressure increases. But in general, across the board, we don't handle these high salt loads well. If you just associate salt consumption particularly among different ethnicities you see a higher rate of high blood pressure, which is a risk factor for cardiovascular disease and mortality.

Jason Edmonds: Excessive salt intake is probably best known for high blood pressure and its related problems. One theory for how this happens is that the kidneys sense excessive salt in the body, signaling our hormones to pump out more water and fill up the empty space. This consequently increases blood volume. Some subsets of the population are at greater risk of suffering the ill effects of excessive sodium: African Americans, and people with high blood pressure, diabetes, and kidney disease.

So is salt a necessity for our diet? And why do we like it so much?

Kent Berridge: Salt is a required part of a healthy diet. If the body loses salt, strong biological mechanisms kick in that give us an intense craving for it. Our normal liking for mild saltiness, and our [desire for salt], are both products of our evolution.

In the past, salty food has represented an opportunity to stock up on salts for the body, so we like it. Sometimes our ancestors had to go for long periods without salt. That created emergency mechanisms that make finding and eating salt a higher priority in states of need. Salty pretzels are normally nice but seawater or a handful of salt is nasty. But in a "salt-need state," all of them start to taste nicer, because the body needs them. 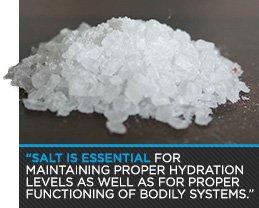 Jason Edmonds: Salt is essential for maintaining proper hydration levels as well as for proper functioning of bodily systems. We tend to crave savory foods and typically enjoy the taste of salt. Like sugars, salts were probably not nearly as abundant or easy to find during much of our evolutionary history. For this reason, we probably evolved to enjoy and crave the taste of sugar, salts, fat, etc., because when they were present we needed to ensure we got out fill.

We've retained this craving for savory, sweet, and fatty foods, but in our modern culture—especially within industrialized nations—foods rich in salt, sugars, and dietary fats are abundant and readily available. As a result, we still crave them as if we're in a feast or famine state and so we end up consuming in excess of what we need to maintain proper physiological balance and health.

What's the best way to cut back intake?

Jeffrey Mechanick: The first recommendation is to read nutrition labels and be aware of the salt and sodium content in processed foods. Number two is to become familiarized with healthy eating. A diet that's high in fresh fruits and vegetables would be lower in sodium. This can help to decrease blood pressure and the risks associated with it.

The best way to cut back on salt intake is to limit consumption of prepared or processed foods, which are usually high in sodium, preservatives, and other assorted unhealthy ingredients. Also resist the salt shaker. Many of our meals already contain sodium-rich sauces, gravy, and seasonings, so shaking salt onto those mashed potatoes along with a ladle full of gravy unnecessarily increases the sodium content. Choosing one or the other, or eliminating both and seasoning with crushed black pepper, are healthier alternatives for people who consume high levels of sodium in their diets. 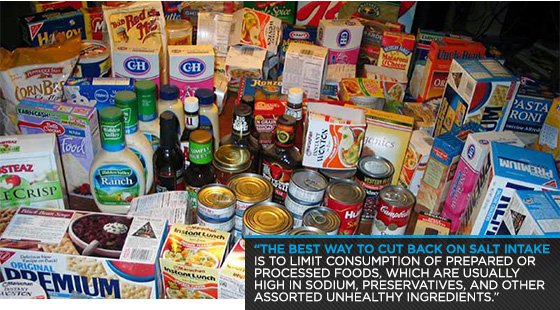 With this said, the scientific literature on the benefits of reducing salt intake are mixed. There's evidence showing that reducing sodium can lead to a modest but clinically relevant decrease in blood pressure, [and] that the risks from high salt intake are overblown and excessive reduction can also be harmful.

Many of these studies conclude that reducing salt only slightly-to-moderately lowers blood pressure, and the reductions aren't significant enough to change the risk of developing cardiovascular disease. Some of these studies also say that salt reduction won't reduce risk of hypertension or cardiovascular disease in people with normal blood pressure. 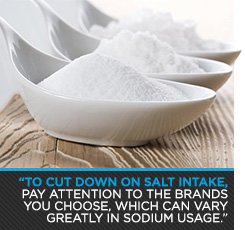 What are your thoughts on salt consumption research?

Jason Edmonds: My opinion is that the average—even healthy—person should reduce their consumption of processed foods. These foods contribute to a large fraction of many people's daily salt consumption, but also typically contain other unhealthy ingredients such as unhealthy saturated and trans fats, high sugar, and preservatives. By limiting these foods, you'll also limit a whole host of other ingredients that, in excess, can increase the chances of developing hypertension and other health problems.

To cut down on salt intake, pay attention to the brands you choose, which can vary greatly in sodium usage. Read nutrition labels and learn how to interpret sodium content—e.g., "unsalted" foods still contain natural sodium but are made without sodium. Avoid processed foods, cut back on those French fries and even cottage cheese, cook with less salt by trying different substitutes and remove that salt shaker from the table [17].

Greatist, headquartered in NYC, is a health and fitness media startup on a mission to make better choices easier for everyone.