I will take you back to the early 20th century where the fundamental ideas of organic farming were born, through the present day.

Over the past two decades the sale of organic foods has increased annually nearly 20%. Today's organic food system includes a combination of small and large food producers, local and global distribution networks, and a wide variety of products including processed foods, fruits, vegetables, meats and dairy.1

Recent food crises such as mad cow disease and foot-and-mouth disease may have decreased consumer confidence in conventional foods and swayed their buying tendencies to what they perceive as safer foods - "Organic, All Natural Foods". In one survey the reasons people consumed organic foods were avoidance of pesticides (70%), freshness (68%), for health and nutrition (67%), and to avoid genetically modified foods (55%).2

The majority of Organic Food Advocates I have spoken to eat organic foods because they feel organic foods are safer. A couple of common statements by advocates are: "I don't like chemicals in my foods" and "all natural has to be safer than artificial". Both of these assumptions are erroneous. Organic foods can contain chemicals and all natural is not necessarily safer.

Every living molecule inside every living organism is created through chemical reactions. And natural chemicals contained in organically grown coffee, pepper, mushrooms, apples, celery, potatoes, nutmeg and carrots present a greater risk of cancer in people than DDT, DDE, or Alar, three pesticides that are banned in the USA and many other countries.3

In the following pages, I will take you back to the early 20th century where the fundamental ideas of organic farming were born, through the present day where sales of organic foods are booming. 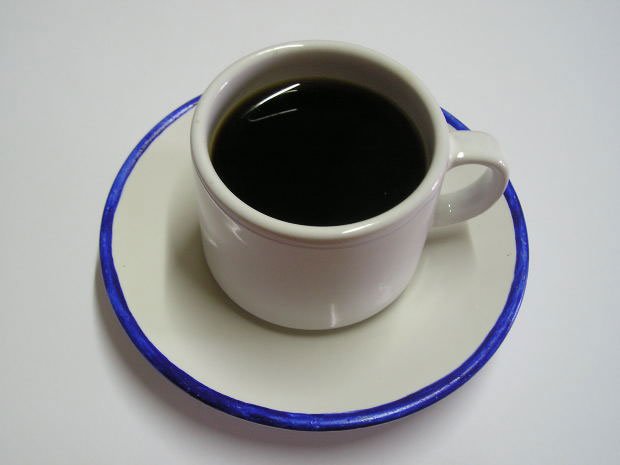 "A Certified Organic Cup Of Coffee Could Contain Up To 20 Different Carcinogenic And DNA Damaging Chemicals."

In the early 19th century all living organisms were referred to as organic while non-living substances were referred to as minerals or inorganic.13 As time passed it was demonstrated that all material substances contain the same chemical elements. Today the word organic is used to define all complex carbon based molecules. According to the scientific definition of organic, the truth is all foods are organic.

Who Was Rudolf Steiner?

Rudolf Joseph Lorenz Steiner (25 or 27 February 1861 - 30 March 1925) was an Austrian philosopher, social thinker, architect and esotericist. He gained initial recognition as a literary critic and cultural philosopher. At the beginning of the twentieth century, he founded a new spiritual movement, Anthroposophy, as an esoteric philosophy growing out of European transcendentalism and with links to Theosophy.

Steiner advocated a form of ethical individualism, to which he later brought a more explicitly spiritual component. He based his epistemology on Johann Wolfgang Goethe's world view, in which "Thinking...is no more and no less an organ of perception than the eye or ear. Just as the eye perceives colours and the ear sounds, so thinking perceives ideas." A consistent thread that runs from his earliest philosophical phase through his later spiritual orientation is the goal of demonstrating that there are no essential limits to human knowledge.

Rudolf Steiner's brilliance was recognized when he was a youngster. His innate ability allowed him to escape the peasant environment he was raised in. He enrolled at the Vienna Institute of Technology and the University of Vienna. In 1897 he moved to Berlin and entered into the world of German High Society. He never felt comfortable among this group who promoted technology and the power of science to change the world for the better, they often poked fun at his spirituality.3

Steiner's spiritual interests drew him to a religious movement called theosophy. Theosophy combined aspects of Christianity, astrology, and Hinduism. He wasn't impressed with the fact that theosophists depended on faith to justify their beliefs. He thought pure reason could explain the universe without reliance on faith.3 In 1912 Steiner created his own philosophy or "spiritual science" as he referred to it called anthroposophy. In Challenging Nature (2006) L Silver describes some of Steiner's beliefs.

L Silver wrote: "Steiner claimed that by looking deep inside himself, he could 'see' a detailed past history of cosmology in which humanity evolved from primitive beings living on the surfaces of the sun, Mars, Saturn, and Jupiter (he meant this literally, not metaphorically). The latest incarnation of humanity somehow made its way to earth, where it had once lived in communication with its own spirits as well as those of Mother Nature in an Edenic setting that he called Aquarius. But people became addicted to material artifacts, consumer goods, and private property. As a result, they forgot how to contact the spiritual world. Materialism and capitalism led to the fall of Aquarius (equivalent to the biblical banishment from Eden) and the present state of human distress. Nevertheless, there is hope for a future age of Aquarius (like the second coming of Christ) when everyone heeds Steiner's call to forsake the material and artificial and rediscover the spiritual."

In 1924 Steiner introduced the world of farming to his "spiritual science". Steiner proposed that people should favor the natural and reject the synthetic and artificial. Every family farm should be recognized as an individual organism that lives within the larger organism that is Mother Earth. Family farms should be entirely self sufficient.3 Steiner's philosophy was given the name Biodynamic Agriculture. The name is under trademark protection by Demeter Association, Inc.3,5

Steiner laid the groundwork for what is now called organic farming, but J.J. Rodale is credited for coining the term in 1942, in his magazine Organic Farming and Gardening.6,7 Rodale proclaimed that processes performed by living things are fundamentally different than ones created through chemical laboratory processes. Ok, never mind that every living process is fundamentally a chemical process.7

According to Rodale and many modern day organic farmers the primary difference between organic and nonorganic food is the process in which the foods are produced, organic food is derived from natural processes whereas nonorganic comes from unnatural processes. This line of thinking demonstrates a common misperception, which is natural is always better. Would you be surprised if I told you the world's most dangerous toxins are all natural?

"They include ricin, abrin, botulinum, and strychnine-highly evolved chemical weapons used by organisms for self-defense and territorial expansion. Indeed, every plant and microbe carries a variety of mostly uncharacterized, more or less toxic attack chemicals, and synthetic chemicals are no more likely to be toxic than natural ones".7

Most consumers assume organic foods are grown without chemical pesticides, however this is not true. Rotenone is a potent neurotoxin, used by organic farmers that has long been used to kill fish and has been linked to Parkinson's Disease.7,8 Betarbet et. al. found that chronic exposure to Rotenone could reproduce the anatomical, neurochemical, behavioral and neuropathological features of PD.8 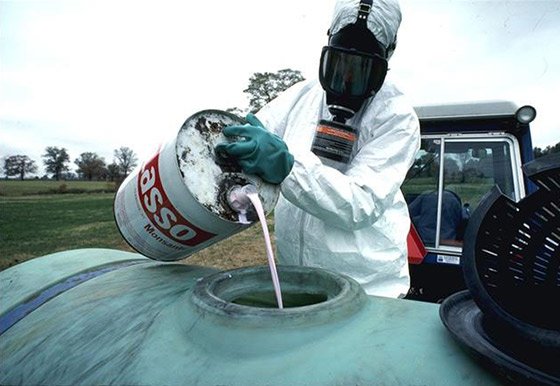 "Most Consumers Assume Organic Foods Are Grown Without Chemical Pesticides, However This Is Not True."

Another pesticide used by Organic farmers is Pyrethrin, which is sometimes used the day of harvesting and can result in breathing difficulties when inhaled.7,9

"Organic fruits and vegetables can be expected to contain fewer agrochemical residues than conventionally grown alternatives, but the significance of this difference is questionable inasmuch as actual levels of contamination in both types of food are generally well below acceptable limits".10

"Pesticide residues, naturally occurring toxins, nitrates, and polyphenolic compounds exert their health risks or benefits on a dose-related basis, and data do not yet exist to ascertain whether the differences in the levels of such chemicals between organic foods and conventional foods are of biological significance".1

Kajiya (2006) suggested a possible relationship between parasite infection and organic food. Hookworm in an 87-year old Japanese man who had a 30-year history of eating organic foods caused heart failure. In general, footwear and proper sanitation are important for control of hookworm because the parasite is usually transmitted through contact with contaminated soil. The highest rates of hookworm infection occur in the World's coastal regions and are often associated with poverty stricken areas.

The 87-year old Japanese man wore shoes outdoors and lived inland. In fact, he did not go outside often. The occurrence of hookworm infection in Japan is uncommon. Organic foods have become relatively popular in advanced countries with good hygiene, and increasing numbers of people buy foods grown without added pesticides. Kajiya suspected that the Japanese man became infected by eating organic food imported from endemic areas of hookworm infection.11

The Institute of Food Technologists issued a Scientific Status Summary on the organic foods industry (2006). Below are some of the key points from the Summary:

"Organic fruits and vegetables possess fewer pesticide residues and lower nitrate levels than do conventional fruits and vegetables. In some cases, organic foods may have higher levels of plant secondary metabolites; this may be beneficial with respect to suspected antioxidants such as polyphenolic compounds, but also may be of potential health concern when considering naturally occurring toxins. Some studies have suggested potential increased microbiological hazards from organic produce or animal products due to the prohibition of antimicrobial use, yet other studies have not reached the same conclusion."1

While many studies demonstrate these qualitative differences between organic and conventional foods, it is premature to conclude that either food system is superior to the other with respect to safety or nutritional composition.1

This review illustrates that tradeoffs exist between organic and conventional food production. Organic fruits and vegetables rely upon far few pesticides than do conventional fruits and vegetables, which result in fewer pesticide residues, but may also stimulate the production of naturally occurring toxins if organic crops are subject to increased pest pressures from insects, weeds, or plant diseases.

Because organic fruits and vegetables do not use pesticides or synthetic fertilizers, they have more biochemical energy to synthesize beneficial secondary plant metabolites such as polyphenolic antioxidants as well as naturally occurring toxins. In some cases, foods animals produced organically have the potential to possess higher rates of bacterial contamination than those produced conventionally since organic production generally prohibits antibiotic use.1 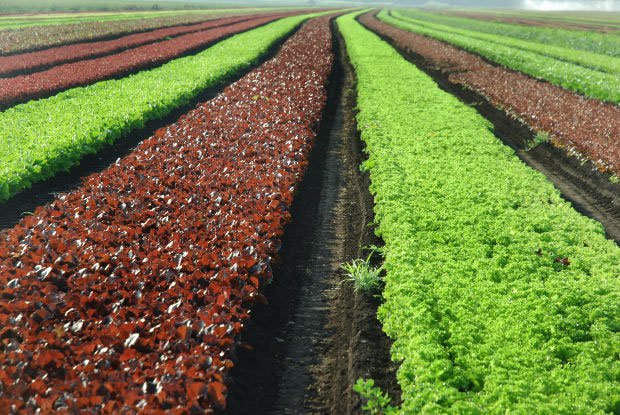 "Researchers Found There Is No Difference In Nutrient Quality Between Organic And Conventional Foods."

If you like the taste of organic food and have the extra money to spend, go for it. However, don't consider it a necessity. When choosing the foods to include in your diet, the first consideration should be a well-balanced diet. Whether it comes from conventional foods or organic foods has little significance.12