You know that whey protein is the way to go for building muscle, but what exactly is whey hydrolysate, and how is it unique? Get the facts.

If number of syllables in a nutrition product translated into number of pounds of lean mass gained, hydrolysate would win the supplement game hands down. But that's the thing: Does the addition of a fancy word actually mean anything, or is it just a bunch of bro-science designed to make you cough up few more bucks each month?

What is whey protein hydrolysate?

Milk is composed of two major protein types: whey and casein. In human milk, whey makes up approximately 90 percent of the protein during early lactation, then levels out to about a 60:40 and 50:50 whey-to-casein ratio in mature and late lactation, respectively. Contrast that with cow's milk, which contains only 20 percent whey protein, with the remaining 80 percent coming from casein.

The high amount of whey protein in human milk speaks to its role in supporting rapid development, and the abundance of casein in cow's milk seems to explain the great majority of the food allergies associated with consuming dairy.

After cow's milk is pasteurized and other processing takes place, the two proteins can be separated by several means. Sweet whey, which only contains 30-40-percent protein, is the most basic form, and is still closer to a food than a supplement. The remaining 60-70 percent is predominantly lactose sugar and fat. Filtration and other purification processes concentrate it to provide higher amounts of protein and yield fewer carbs and fat. These products are called whey protein concentrates. A product with 90 percent or higher in total protein is referred to as a whey protein isolate.

Regardless of the level of concentrate or isolate, all of these products are still composed of extremely large peptide structures. To reduce their size, enzymes in your digestive system have to break the bonds between select amino acid sequences to yield smaller peptides that your body can actually use. To speed up that process, manufacturers can "pre-digest" the protein to create a protein hydrolysate. This makes absorption much easier.

A protein hydrolysate can be created from sweet whey all the way up to whey protein isolates. Also, the enzymes and reaction conditions used, as well as the number of available bonds that are broken, dictate the final composition of the hydrolysate. The greater the degree of hydrolysis, the smaller the number of amino acids per peptide—and the more bitter-tasting the resulting protein. So, hydrolysates can vary a lot more than concentrates or isolates.

Dymatize ISO100 Hydrolyzed Whey Protein Isolate
ISO100 is simply muscle-building fuel. If your goal is gaining muscle size and strength, then ISO100 is your perfect workout partner. Loaded with muscle-building amino acids, ISO100 can support even the most serious resistance-training programs.

Who is whey hydrolysate for?

When you have serious muscle-building goals, it can be hard to get all the nutrients you need from food. Whey hydrolysate is great for anyone looking for a high-quality protein source capable of helping meet total daily protein goals and maximizing muscle growth. Additionally, because of its significant effects on satiety, a protein hydrolysate is a great protein source for anyone looking to increase muscle mass while reducing fat.

What does whey protein hydrolysate do?

Whey protein hydrolysate is ideal nutrition for stimulating muscle growth. It has been demonstrated to provide the greatest anabolic response to weight training. Whey has been shown to elicit up to a 122 percent and 31 percent greater muscle protein synthesis response to exercise than casein or soy, respectively. 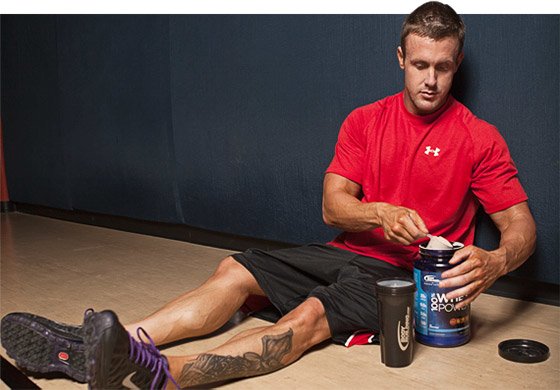 Additionally, whey protein has been demonstrated to improve exercise recovery, as well as increase thermogenesis, improve fat loss, and reduce hunger. So not only is it great for muscle building, it's also powerful fat-fighting nutrition! Protein hydrolysates have been suggested to augment the beneficial effects of protein due to their ability to increase plasma amino acid levels, and a greater peak concentration than normal whey.

Although studies in humans have not shown these differences to reach statistical significance, the blood amino acid response to hydrolysate versus other forms seem promising. My dissertation work revealed that people consuming 30 grams of hydrolysate twice per day significantly increased muscle mass and reduced body fat without significantly affecting total body weight.

Are there any downsides or side effects of protein hydrolysate? Paradoxically, while the rapid spike in blood amino acids from hydrolysate is beneficial for stimulating protein synthesis, it also increases amino acid oxidation—that is, the breakdown of amino acids for energy.

Some people consider this increased oxidation a waste of amino acids, but that's a simplistic view. Just because they're used for energy, rather than stored, doesn't mean they're "wasted." Whey is still more anabolic when compared to other protein sources that don't cause such a large increase in amino acid oxidation. If you think that's a downside, I've got some beachfront property in Utah you might be interested in.

Another potential downside (if you want to call it that) is that protein hydrolysate generally costs significantly more than normal whey protein. The greater the degree of hydrolysate, the greater the cost will be. Hey, you get what you pay for.

Though some people are allergic to whey, allergies aren't nearly as prevalent as they are with casein, soy, or wheat protein. In fact, even those who might otherwise experience an upset stomach, pain, diarrhea, vomiting, and other GI distress arising from a dairy allergy have been shown to have no significant adverse events from an extensively hydrolyzed whey of predominantly low-molecular-weight peptides.

Still, if you've been advised by your physician not to consume this product due to a health condition, then don't. While most people tolerate whey protein hydrolysate very well, those with very severe dairy allergies should use caution. 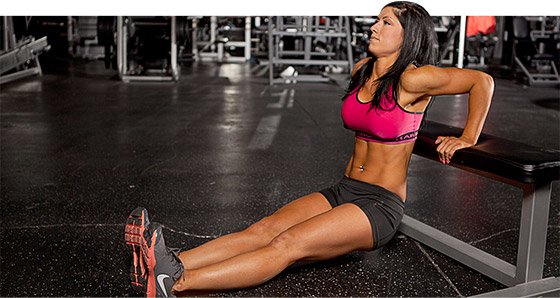 How much why protein hydrolysate should I take?

It depends on your body weight, total protein intake, and whether you consume it alone or with other protein sources. Since whey hydrolysate is rich in leucine, you don't need as much of it to maximize muscle growth as you would from foods. For example, for a 200-pound male looking to increase muscle mass, I'd recommend 25-35 grams of protein hydrolysate immediately post-workout or in place of your current protein supplement. Achieving that same effect with a whole food like chicken breast might take 45 grams.

When should I take whey hydrolysate?

Consuming whey pre-workout ensures that an adequate supply of amino acids will be present in the bloodstream during the workout. Might it upset your stomach? Unlikely. Whey hydrolysate is easily digested and gut-friendly.

Consuming it post-workout allows you to jumpstart recovery by maximizing the anabolic response to exercise and increasing muscle building. Research shows that whey hydrolysate can augment the growth response to weight-training sessions, as well as reduce body fat, recovery time, and muscle soreness.1

What is the best whey protein hydrolysate?

Whey protein hydrolysate is an extremely high-quality supplement that has myriad bodybuilding and health-related benefits. Give it a shot.