HCA is produced from the rind of the fruit of Garcinia cambogia (a tree) popular in Asian cultures. In America, we bottle it and think it will help us burn fat; unfortunately it's probably more useful as a food additive, like in Asia. Very few well-controlled human research studies have been conducted. 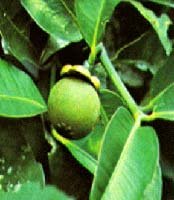 Again, without boring you to tears, I'll only cover the basics - you want to know IF it works, not the chemical process inside the body. Again, if you're feeling compelled to have this information, drop me a line.

A small study was published measuring how nutrients were digested and used in the body without HCA was given to determine its on substrate oxidation in humans in 2000. This study was designed to determine if HCA would enhance fat 'burning" during bicycling; this is important because increased fat burning is one of the purported mechanisms of HCA and, if true, one that could increase fat loss.

Ten cyclists participated in this pilot study; subjects were provided with a flavored beverage that contained 0.5 g/kg body weight of HCA, resulting in a total of ~18 g HCA over the entire HCA trial. This study found no increased fat or carbohydrate "burning."

Next, one group looked at the effect of HCA on feeding behavior, body weight regain, and metabolism after weight loss in male rats. The rats were divided into two groups and fed one of two diets and one group was given 3g/100g HCA, while the other solely at the rodent diet.

The results basically showed that HCA caused a reduction of body weight regain in both groups. Similarly, the rats consuming the 12% fat diet (but not the 1% diet) had a significant long-term suppressive effect on food intake suggesting that the increased fat content was necessary for this change.

Unfortunately while these results show promise, it is difficult to really make sense of them since the dose used would correlate to an extremely high dose in humans, which is not close to cost-effective.

Coleus forskohlii is an herb that has been used since ancient times to treat heart and respiratory disorders; more recently, it has been added to weight loss products as well. Herbal product manufacturers are now producing Coleus forskohlii extracts with elevated levels of the constituent forskolin.

Although no full-length papers have been published measuring the effects of this herb on fat loss, there is currently one published abstract. The logic behind its inclusion is apparent when considering its mechanism. Coleus forskohlii, stimulates an enzyme, which can essentially increase the ability to burn fat. 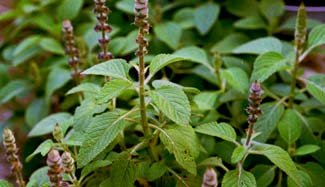 A picture of the herb from Hiroshima, Japan.

The one small study completed to date provided six overweight women with 250 mg Coleus forskohlii, standardized to provide 10% (25 mg) of forskolin twice daily for 12-weeks. At the end of the study, the authors found no statistical difference in body weight or body fat, over the 12-week period. This is only one small study; however, at this time it is the only published evidence regarding this particular supplement.

Consequently, it is safe to say that while the use of Coleus forskolii appears useful on paper, this conclusion can not be drawn without more evidence to support or refute the statement. Moreover, there is concern regarding its safety and efficacy as forskolin may worsen cardiovascular conditions, by lowering blood pressure.

What Have We Learned?

HCA doesn't have enough research behind it to show it's effective. I should say, however, that if you are a rat, HCA might be great! I'd assume most of you are humans, though, so from what we know now, HCA isn't worth your money.

Coleus forskolii also shows promise, however, it's has not even scratched the surface of scientific scrutiny. The one very small study conducted on the ingredient did not even show promise. More research is necessary here, too.

Ephedra alkaloids were effective for fat loss, but since they've been banned due to controversy, companies are scrounging around to see what else is available as a sound replacement.

In addition, even if there is a small positive effect, any effect can be more safely duplicated by a balanced diet, with a modest energy reduction and an increase in energy expenditure. There never will be a better "replacement" for fat loss than a sound diet and intense workout.

If your goal is fat loss, try replacing some of the higher fat foods in your diet with lean proteins, fruits and vegetables. Change your workouts so you're not resting more than 30 seconds between sets.

Try some circuit training for the next 30 days and make sure your circuits rotate between upper and lower body movements that are multi-joint exercises (e.g., squats, deadlifts, bench press, cleans, dips, pull-ups and chin-ups, etc).

I can guarantee by making small changes such as this, you'll be on your way to a new physique.