Meet the Body Behind "Free Guy"

Inspired by heroes like Arnold Schwarzenegger, Aaron Reed has gone from competing as the world's tallest bodybuilder to WWE wrestling to being Ryan Reynolds' body in the new movie, "Free Guy."

Aaron Reed came from a family of athletes, although he didn't get off to a very smooth start. His dad and brothers were all big and muscular, but as a child, Reed battled leukemia and spent most of his time in and out of hospitals.

When he was finally healthy enough to go to the gym at age 12, Reed discovered he was stronger than he expected. His instant love of lifting led him to become a bodybuilder at age 19 and a pro wrestler for the WWE at age 29. At 6-foot-7, Reed towers over the competition, yet still maintains a full and muscular physique that is camera-ready year round..

Now, he's the body behind Ryan Reynolds' face in the new movie, "Free Guy." We sat down to chat with Reed about his career, his new movie, and how he's able to maintain so much while staying so lean.

BBCOM: How has your background as a WWE pro wrestler and bodybuilder prepared you to take roles as a body double?

Aaron Reed: Even at age 19, I had a standout physique for somebody as tall as I was. I started bodybuilding at 19 and did well, but after a few years I got kind of bored with it because I felt like it was very one dimensional.

I didn't get into wrestling until I was 29. I've got a big personality and I like doing stupid shit with my friends, so it felt like a natural fit. I liked interacting with the audience and pumping the crowd. You'll see some people freeze up when they do their promos. For me, all that was easy.

It's very difficult to stay in shape in the WWE. You look at the guys back in the day, like Hogan and Macho Man, and they weren't in great shape, they were in good shape. That doesn't cut it now. It's very difficult. You'll be in a different town or city every week and go to a different gym and eat different foods. My hat's off to the guys these days who maintain peak shape.

Because of that, I'm always ready. I don't know when somebody's going to call and say we need you to audition for this.

You've overcome numerous health issues to get to where you are today. How have these experiences changed your approach to fitness?

I got released from the WWE when I tore my ACL in a battle royal match. They found out that I had a strain of hepatitis that I got from blood transfusions when I was a kid. They said it's probably not going to change my life, but we can't insure you, so we have to release you.

They have a cure for this strain of hepatitis, but I've had this for 25 years without issue and now they want to give me heavy chemo that could potentially damage my organs. I said no, I'm just going to go my own way.

That led me to really focus on my health. I went full force into doing everything as natural as possible—my foods, my training, my supplements—everything. That was when I authored my book, "The Supernatural Lifestyle."

Until I wrote my book, I never really understood nutrition. I learned so much that now nutrition has become a foundation for everything I do. I set a goal to not cheat on my diet while I wrote the book, and I made it for 15 months. I thought, if I'm writing about this, it has to be my lifestyle. Otherwise it's just a diet, and diets always crash.

Now, eating is a variable I don't have to worry about anymore, and I feel great.

There's a pec-popping featurette teasing the new film with Ryan Reynolds' face superimposed on your body. Did you have to do any special training or learn any new moves to prepare for this role?

Working with the stunt guys was so fun. Those guys are my speed because they're always wrestling and messing around. Whenever we had down time, I'd ask them to show me cool stuff. 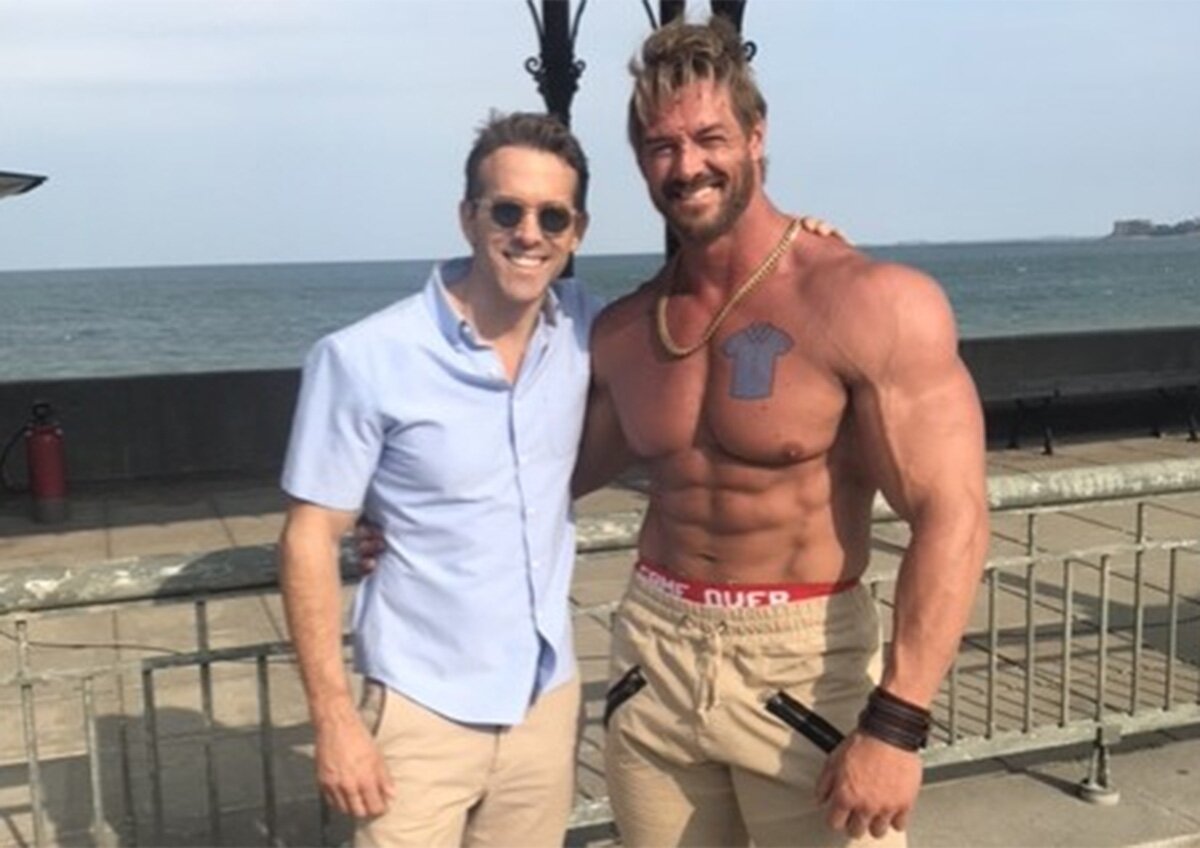 It was a trip watching the film when it finally came together. We were a shared character, because you know, obviously Ryan is the star, but it was his head on my body. It was cool because he would do the scene, then I'd do my best to replicate in detail exactly what he's doing. I wanted the character to be as much Ryan as possible. That was my goal.

Watching him doing what he does and him being just the amazing actor that he is made things easier for me.

You're billed as one of the tallest bodybuilders in the world, a sport which tends to favor shorter competitors. How has your height impacted your bodybuilding career?

When you're as tall as a skyscraper but you're forced to use the same materials as everyone else, it's your training and nutrition that have to change. In this case, it was a fortunate thing for me. Ryan is every bit of 6-foot-2. He's tall—actors are not usually that tall.

When I got the callback, the director told me he knew I was perfect for the role. He said they basically Googled the tallest, most jacked motherfucker they could find, and I popped up. It just really worked out because if Ryan hadn't been tall, they probably would have gone with someone else.

What were some of your go-to techniques and exercises to add or maintain muscle?

Being so tall, I'm already in a little bit of a caloric deficit all the time because it's harder for me to stay big and lean. When I used to train high volume, it was like digging a six-foot hole, then, even eating as much as I could, it was like I was only putting four feet of sand back. I'd never get anywhere.

I discovered low-volume, high-intensity training—similar to what Dorian Yates would do—and it changed everything. It's like digging a two-foot hole and putting that same four feet of sand back in—I got stronger; I got bigger. That style of training has really been a staple for me ever since. 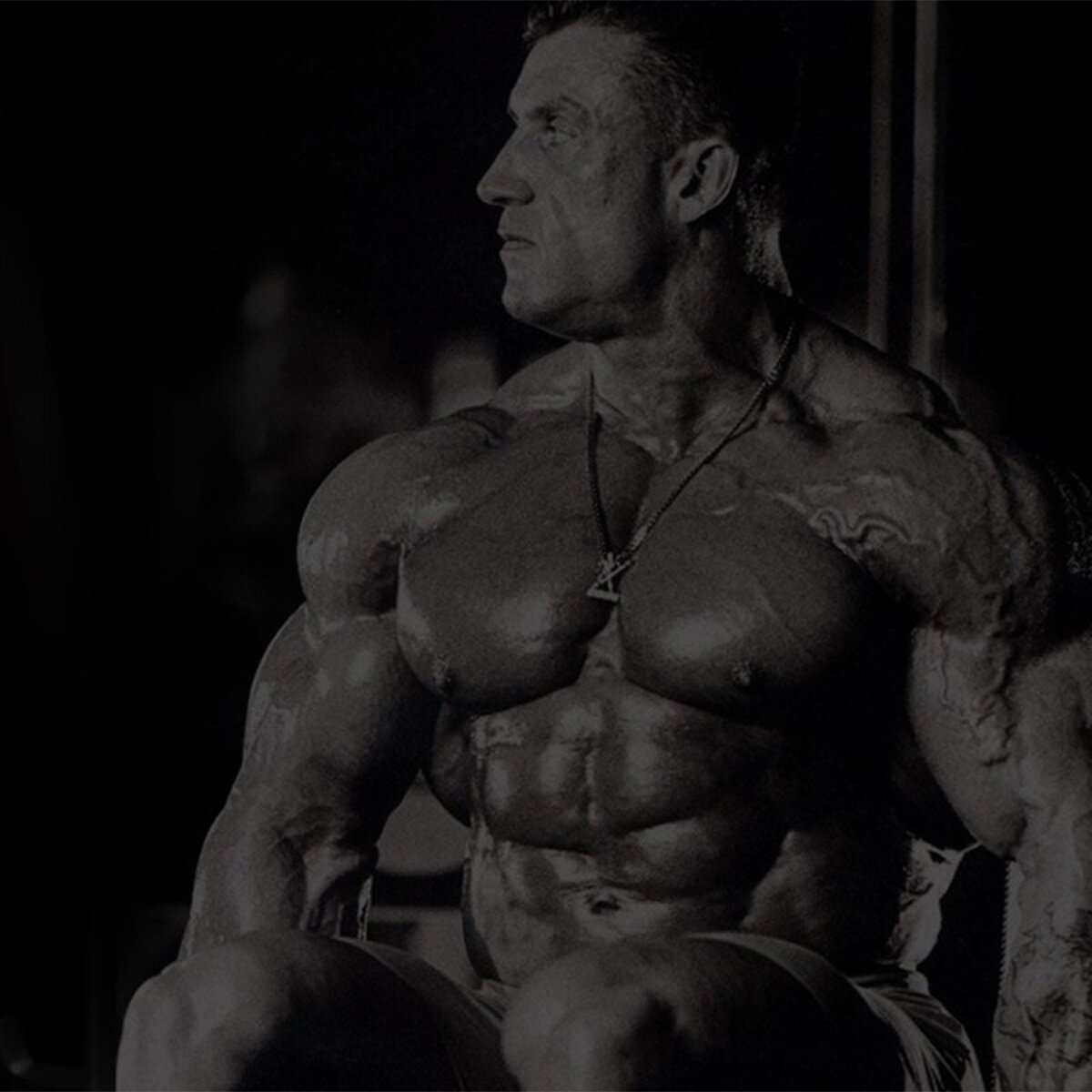 We often refer to bodybuilders as professional eaters. What kind of plan do you follow to keep your size and stay lean in the off season, and does it change much as you prepare for a film?

We'd filmed everything in the summer of 2019, and then had to come back in January of 2020 to film additional scenes. I was in awesome shape at the peak of summer, but every year I cruise-control in November and December. So when I found out we were coming back, I only had about three weeks really to get in shape.

Fortunately, I was so focused on being ready, I wasn't that far off. I'm 315 pounds, and to stay really lean the entire time, I had to stay on my meals. I used a meal prep company, which was a bummer, because in Boston there's awesome pizza and Italian and all kind of good food.

I'd have to sit there and remind myself that I love what I'm doing to stay motivated, but when you're a big guy and you're in a movie, it's tough. The trick is figuring out what you need. For me, it was always feeding my body as much as I can and allowing my body to get in shape versus restricting as much as I can and forcing it to be in shape. 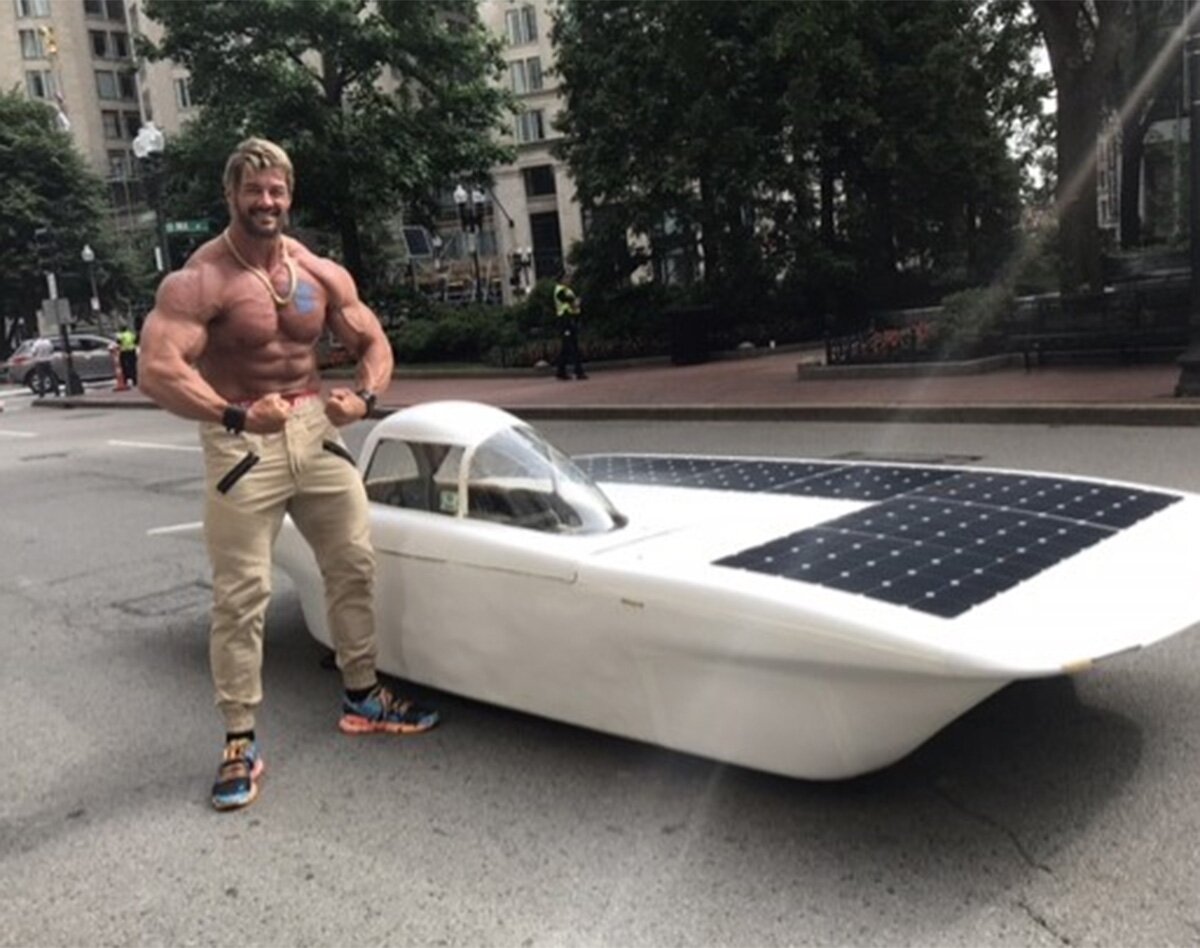 When you feed your body correctly and you give it everything it needs, it's so much easier to lose weight than when you do a restrictive diet.

What are some of the biggest lessons you've learned from your ever-evolving career?

The fitness industry at its extremes is anything but healthy. With bodybuilding, it's always restrict, deplete, restrict, deplete, fasted cardio, all this stuff. I never did any of that, because in my mindset, it has to be a lifestyle.

The biggest rules I follow are don't mix your sugars and fats and think about how you time your nutrients. There is a best time to eat everything, and as we've progressed and we use science, we've gained a better understanding of the body and its processes.

Bodybuilders were the original biohackers. If it wasn't for bodybuilders being mad scientists, we would not have a fraction of the information that we do right now to manipulate our bodies. 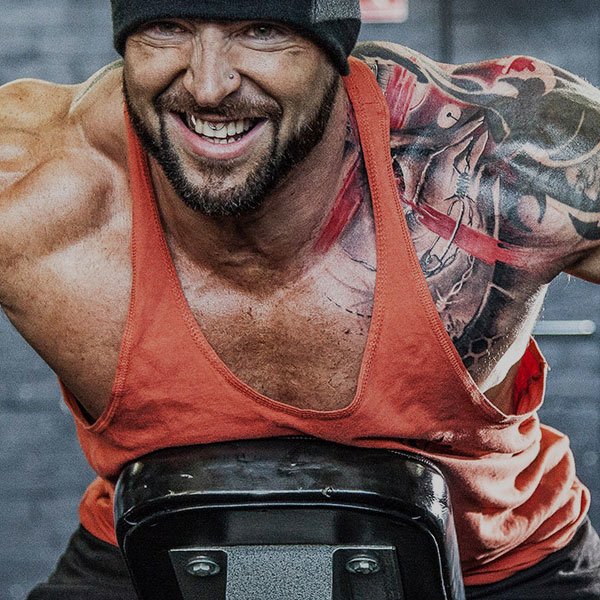 Biohack Your Best Bod
In 15 years of working with some of the world's best experts, Kris Gethin synthesized their techniques into the ultimate plan for building an extreme amount of size in 12 weeks. He tested the program on himself and gained an astonishing 20 pounds. Now it's your turn.