Every once in a while, a hot new supplement comes along and generates a buzz based on a single study that sounds—and often is—too good to be true. And then there are the supplements that gradually build up a solid body of research without much hype. Then, years later, they finally get the recognition they deserve. Betaine is one of these.

In recent years, betaine has become a common ingredient in new pre-workout and post-workout products. But it's actually not a new supplement. People have been taking it for health reasons for many years. Only now, researchers are showing how powerful of an ally it can be for athletic performance and body composition.

If you like to be ahead of the curve, then it's time you get behind the label of your favorite pre-workout and see what this promising supplement can do for you.

Betaine (pronounced "BEET-uh-een") is also sometimes sold under its technical name of trimethylglycine, or as TMG, for short. The names are pretty much interchangeable; no matter what you call it, it's made of the amino acid glycine with three methyl groups attached to it. 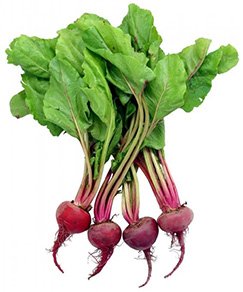 In the human body, betaine is naturally derived from the breakdown of choline, and it's also found in a number of food sources. One of these, you probably guessed, is beets.

Betaine got its name because it was originally isolated from sugar beets, known by their Latin name of Beta vulgaris. But ironically, a number of other foods are far richer sources. For example, 3 oz. of wheat germ contains more than 1,000 mg, which is more than four times the betaine in the same amount of beets. Spinach and quinoa both provide more than twice the amount of betaine as beets. But the name has still stuck.

In all of these plants, betaine serves the same crucial function: protecting the cells from stress, like what happens during droughts or extreme temperatures. It has also been used as a supplement in animal feeds for decades, in order to make pigs, chickens, and salmon healthier and more resilient.

In human health circles, betaine has also been revered for its health promoting effects. People have taken it to support joint and liver health and promote healthy inflammation levels.* In some studies, betaine was even been found to support healthy cholesterol levels, already in normal range.*

What does it do?

In humans, most of betaine's purported benefits derive from its role as a methyl donor. A methyl donor is any molecule that can transfer a methyl group, which is a carbon atom attached to three hydrogen atoms, to another molecule. Many important biochemical processes in the body rely on methylation.

The most critical reaction where betaine performs this function is in the methylation of the amino acid homocysteine to form methionine. Methionine is important in the body's internal synthesis of creatine. So one way that betaine may boost muscle strength and size is by increasing creatine production in the body.*

Methionine also plays an important role in muscle protein synthesis, and specifically the process known as "translation." By having more methionine available for this process, protein synthesis is ramped up, and therefore so is the potential for muscle growth and strength gains.

And finally, betaine supplementation has also been suggested to raise levels of S-adenosylmethionine, also known as SAMe. Having healthy levels of SAMe may support positive mood, promote liver health, and aid joint recovery.* 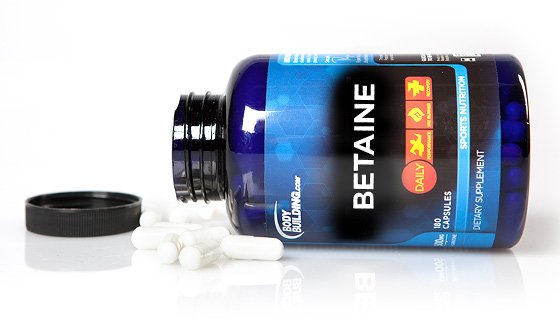 What are the Performance and Physique Applications?

In the last few years, clinical studies have looked at betaine supplementation in a number of modalities, from strength, to muscle growth, to endurance and sprinting performance. What do they all have in common? Betaine left the placebo in the dust.

One of the first studies to look into betaine's performance-supporting effects was done in my old lab at the University of Connecticut in 2010. The UCONN researchers found that weight-trained athletes taking 1.25 grams of betaine twice per day increased their muscle strength by 25 percent, and their muscle power by 20 percent.* They also determined that betaine significantly increased markers for muscle protein synthesis following a workout as compared to the placebo.*

Since this initial study, other researchers have found that betaine supplementation helped lifters complete more total reps in bench press workouts, pedal with more power in cycling workouts, and sprint for almost 40 seconds longer than subjects drinking just water. Like the similar-sounding beta-alanine, it has also been suggested to significantly lower levels of lactate, which can delay muscular fatigue and allow athletes to train harder, for longer.* 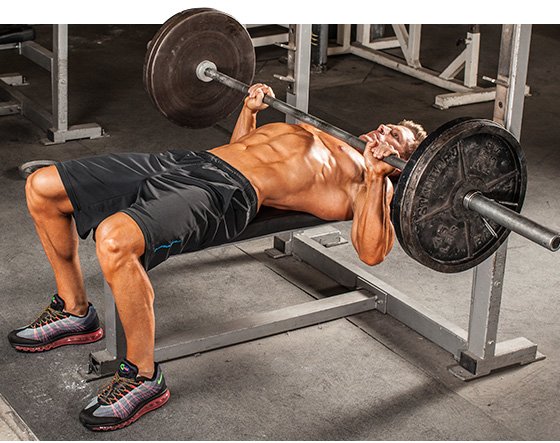 And then there's the latest study on betaine, which comes from the College of Springfield in Massachusetts. Weight-trained males followed an undulating periodized weight-training program for six weeks. One group supplemented with 1.25 grams of betaine twice per day and one group supplemented with a placebo twice per day. They reported that the subjects supplementing with betaine increased muscle mass by 4 pounds and arm size by 10 percent, all while decreasing body fat by 7 pounds.* The placebo group experienced no increase in muscle mass or arm size and no loss of body fat.

What's to explain these incredible results? A recent study from UCONN indicated that these increases in muscle strength, power, and endurance may be due to betaine's ability to increase levels of important anabolic substances while supporting a healthy balance of the catabolic hormone cortisol.*

There are no known serious side effects of betaine supplementation. However, it can cause nausea, upset stomach, and/or diarrhea in some people. This is one good reason to split your intake into two smaller daily doses, as several of the recent studies have done.

How should I stack it?

It's no coincidence that betaine is in pre-workout supplement blends alongside ingredients like creatine, L-citrulline, and beta-alanine. Its effects are definitely complementary to these tried-and-true performance supports, and it indirectly helps your body produce and process creatine to boot.*

Several of the most promising recent studies focusing on betaine have included it as a pre-workout, either on its own in water or mixed into a drink with elecrolytes and carbs. Then, the subjects took a second dose later in the day.

That seems like a solid approach to me. Either add betaine to your current pre- and post-workout stack, or look for a blend that includes it.

At this time, there doesn't appear to be any reason to cycle betaine. It can be taken continuously.

It is estimated that most people consume about 1-2 grams of betaine in their daily diet. However, research does confirm that supplementing with extra betaine provides distinct health and performance benefits. Plus, research confirms that a good deal of betaine is lost in the sweat during exercise. This further supports the notion that you should supplement with betaine daily, and not only before working out.

Given that betaine has been suggested to boost greater levels of muscle protein synthesis and can decrease cortisol levels, it makes sense to put those doses on both ends of your intense training. This is when you work hardest to create an anabolic environment.

So look for products which supply betaine in the form of betaine monohydrate, betaine anhydrous, or simply listed as trimethylglycine (TMG). Take 1.25-1.5 grams of betaine twice per day, preferably pre- and post-workout. 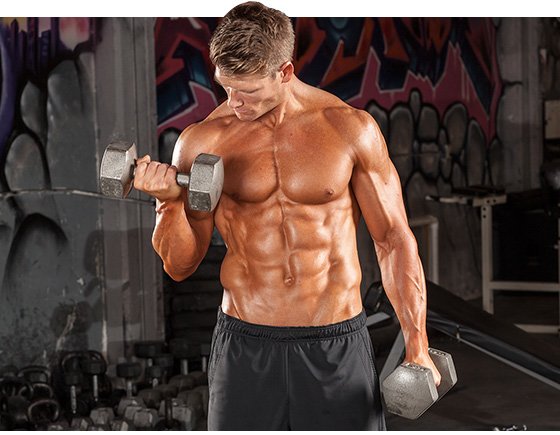 It makes sense to put doses of betaine on both ends of your intense training.

The bottom line is that betaine can help to take your strength gains and lean mass gains to new levels. It may not have the name-recognition of a classic supplement like creatine yet, but its star is definitely is on the rise.

It appears to be safe and effective, is easily stacked with other supplements, and has the potential to support your general health and well-being outside of the gym to boot.*

For a stack that can't be beat, don't forget to include betaine.

These statements have not been evaluated by the Food and Drug Administration. This product is not intended to diagnose, treat, cure, or prevent any disease.