How Your Fat-Loss Diet Could Be Making You Fat

What happens in your body when you cut calories and boost your training? You may think you know, but the truth might surprise you! Dr. Layne Norton is here to pull back the curtain on the real cause of yo-yo dieting.

"Burn more calories than you're taking in, and you will lose weight!" If you spend any time perusing the online fitness-sphere, you've already been beaten over the head with this idea more times than you can count. Occasionally, people will add a dramatic "it's that simple!" to the end, or mention the first law of thermodynamics to make it sound scientifically inevitable.

Well, roll over Isaac Newton and tell Max Born the news: There are plenty—plenty!—of people out there who eat a little, burn a lot, and don't get results to show for it. The more they cut back, the more their appearance and body composition stay the same. And then, as a final indignity, when they momentary slip up or simply return to their prediet calorie level, they actually end up gaining more fat and weight than they originally had.

Clearly, the old cliché of "work harder, eat less" isn't cutting it. It's time for a better model of fat loss! But first, let's take a look at why the old one isn't working for you.

It's All About Efficiency

The word "metabolism" gets misused a lot these days. People talk like it's something we can all manipulate as easily as turning up the volume on a radio. Raise your metabolism, they say, and you burn fat. Lower it, and you gain fat. Unfortunately, this doesn't capture the reality of what's going on inside our bodies.

The truth is that all of us have what's been called a "body-fat set point," meaning the body-fat level our body is accustomed to and will attempt to maintain itself. It's highly individual, too. Five different people might have five different set points based on a range of factors including genetics, activity level, and a lifetime of nutritional habits. Whatever that set point is, the body wants to keep you there as long as it possibly can.

So if you're trying to lose weight, the first few pounds might melt off relatively easily. Your body didn't see it coming! However, progress quickly slows down. "Not so fast," says your body. "You're drifting away from your set point." It responds by making it a little harder for you to burn calories.

Why does this happen? Because the further you get below your set point, the more efficient your body's energy systems become.1 The mitochondria, your cellular energy systems, become able to generate more power—more mileage, if it helps to picture it in automotive terms—from less fuel. You may feel like an old gas-guzzling pickup (especially if you're hungry all the time), but you're more like a super-efficient hybrid sedan. And in this case, that's a bad thing!

This increase in efficiency has wide-ranging effects. Your basal metabolic rate is lowered, the amount of energy you expend during activity is reduced, and even the thermic effect of food—or the amount of calories you use to break down nutrients—decreases.2-3 The farther you get below your body-fat set point, the more efficient you get. And the more often you push yourself down into caloric deprivation—say, a second, third, or fourth dieting cycle—the more you're reinforcing this efficiency.

Other changes happen as well when you lose weight. Not surprisingly, your fat cells shrink, and when they do, they secrete smaller amounts of leptin, a hormone that, among other things, tells you when you're full.4 What's intriguing about leptin is that studies have shown that your levels drop far more than they should, based on the amount of fat you lose—and they stay low even after your weight has stabilized.3 Basically, your body overdoes it, so you rarely feel full or satisfied. At the same time that this fullness hormone is decreasing, ghrelin, the hunger hormone, is increasing.5

More hunger, less satisfaction, fewer calories being burned. If that sounds like the recipe for binging and weight gain, you're right. 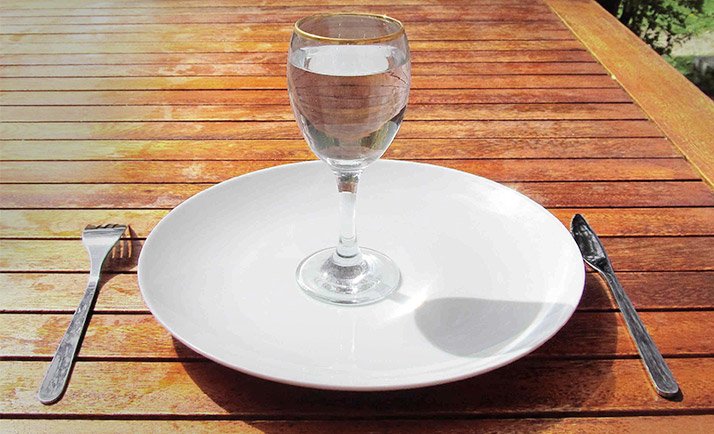 We've all heard about the physique competitor who goes out to eat and puts on 15 pounds by morning. Sure, it's a cliché by now, but there's actually some validity to it. When you couple a lowered metabolic rate due to a very low-calorie diet with an unrestricted binge, it can lead to several pounds' worth of body-fat gain in a short period of time. In other words, all hell breaks loose.

Here's how: The size and number of your fat cells both help to determine your body-fat set point. When you refeed after deprivation and gain back some of the weight you lost, cells that previously shrank swell in size to their former, larger selves. In theory, this should tell your body that order has been restored and the set point has been defended, right?

Unfortunately, studies of rats—it's not currently possible to measure this effectively in human subjects, but it's a reasonable extrapolation—have indicated that this rapid weight regain can actually produce new small fat cells as well.6 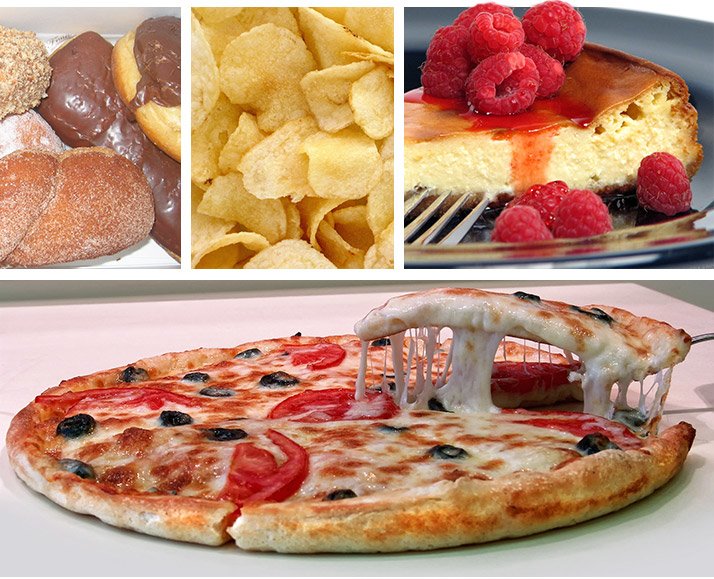 We've all heard about the physique competitor who goes out to eat and puts on 15 pounds by morning.

These new fat cells are what can really wreak havoc. The more of them you have, the smaller the average size of your fat cells becomes.6 This, along with your reduced leptin output from weeks and months of hardcore dieting, signals to the body that it's still below its body-fat set point.

Furthermore, increased insulin sensitivity of fat cells resulting from your weight loss and dieting may promote increased nutrient storage in adipose tissue.4 Put it all together, and your body-fat set point has effectively gone up. Basically, your body now wants you to be fatter than were before you started dieting.

This Is Not Where the Story Ends! 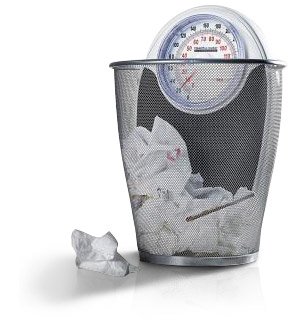 It turns out this phenomenon has a name. It's called "body-fat overshooting," and it happens to at least one third of dieters.7 There also appears to be a correlation between the number of times an individual attempts to diet and the amount of weight gained over the course of his or her life.

Unfortunately, countless dieters, from your Average Joe and Jane to seasoned fitness and physique competitors, find themselves asking, "What the hell is going on with my body?" Those average folks may not feel like they're in the same boat as elite physique athletes when they look in the mirror, but the process is the same.

It may feel like all hope is lost, but it's not! You can actually move your body-fat set point down by consistently following a few smart nutritional strategies. In our next article, we'll explain what those are.