Elite strength athletes and amateurs alike know that their training will only go as far as the food that fuels it. Build your nutritional strategy around these four rules and you can't fail!

Whether you throw iron around in a gym, in your garage, or at a CrossFit box, working out is a highlight of your day. It doesn't matter if you're into sports, bodybuilding, powerlifting, or are just someone who wants to look and feel good; you love training to be your best. You love pushing yourself to your limit and you revel in suffering through what normal people dread.

For you, training is the easy part. But alas, it's not the only part.

To reach the goals you channel so much time and sweat into, two other components of the training equation play a huge role: recovery and nutrition. Unlike the physical components of your training, you can't devote just an hour or two to them. They're both complex processes that require a 24-7 commitment if you want to achieve greatness.

Recovery is an immense topic worth saving for another day. For now, let's take a deeper look at nutrition as it pertains to three different Twinlab Fuel Militia training monsters with three very different goals.

At 259 pounds, Militia general Jason Wheat trains to be strong for his job as a firefighter, as well as to pursue his goal of coming back from a serious pec injury to compete in powerlifting again. He knows well that his strength development will only go as far as the food that fuels it. "If you want to make the most of your hard work, you have to be fully committed to having the right fuel at the right time, all day, every day," he says.

Longtime bodybuilder, Twinlab sales rep, and Militia sentinel Ronnie Milo trains for pro competitions in his free time. He's seen countless cases where a competitor's diet meant all the difference in his placings on the stage, and as a result, he takes his fuel just as seriously as he takes his physical training. Fifty-fifty? Not even close, he says. "Serious bodybuilders will tell you 90 percent of the game is nutrition," insists Milo. 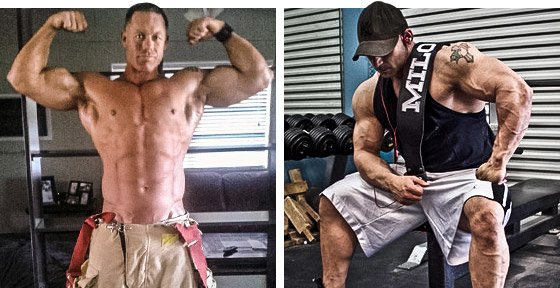 Busy Twinlab exec and Militia warrior Chris Thompson trains simply because he wants to stay lean, strong, and chiseled, but he knows that being a ripped amateur requires valuing nutrition as much as a professional. "There are 168 hours in a week," he explains. "If you train for an hour five days a week, then you have rest and nutrition for 163 hours. Where are you going to make the biggest impact? In the 5 hours of training or the 163 hours where everything happens that puts your body in an anabolic or catabolic state?"

We all know the hard answer to Thompson's simple question: the time outside the gym makes an immense difference in how we look, feel, and perform. But fear not. Thompson and his Militia iron brothers have four straightforward rules to help you master the art of fueling up right for every kind of training.

Rule 1 Feed Your Body, Not Somebody Else's

At one time or another, every athlete with lofty physique goals has read about someone else's diet or stumbled across a meal plan in a magazine, on a website, or in a forum and tried following it. When it comes to fuel, what works for another lifter might work for you—but it also might not. Ultimately, you have to figure out a successful strategy for your body and mind, not someone else's. 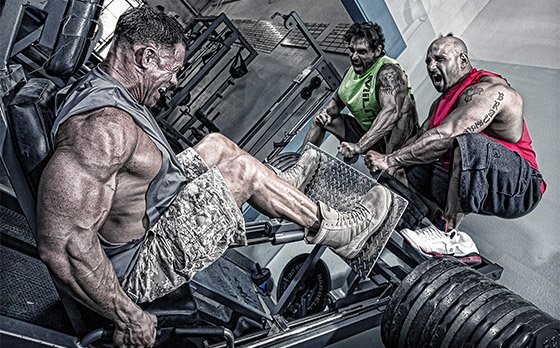 Milo and Thompson both follow an approach where they eat whenever they feel hungry. "I eat the same macros at every meal—I eat 45 g protein, 40 g carbs, 17 g fat every day, every meal," says Thompson. "I only eat when I'm hungry and I only eat those macros." Milo, on the other hand, increases the protein and lowers the carbs to the tune of 50 g protein, 10 g carbs, and 20 g fats. Neither counts calories.

Wheat wishes he could follow that approach, but he knows it wouldn't work for him. "I'm hungry all the time, so I can't do that," he says. "It works for them but it doesn't work for me." What does work for him is eating six meals per day, spread out every 2-2.5 hours. "I think the biggest mistake people make is following someone else's routine," he says. "Sometimes they're eating more than the person they're trying to train like, sometimes they're eating less. The bottom line is you have to eat right for how you train, not how someone else trains."

You know that if you want to get the most out of your physical training you need to find a training program geared toward your goals and execute it to the best of your ability. The same goes for nutrition: Failure to prepare prepares you to fail. 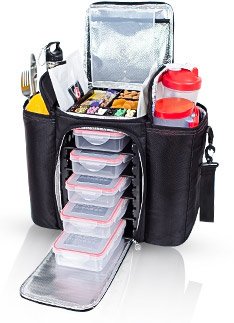 "If you're taking a road trip in your car, you account for fueling your car," says Milo. "You won't travel where there aren't gas stations." And he's never without a meal, no matter where he goes—ever. He prepares all of his meals ahead of time and carefully packs them in a cooler, his constant companion wherever his job demands he travels.

At the firehouse, Wheat also makes sure that when he goes out on a call, he has his Six Pack meal bag with him. It's always loaded with at least three meals, so even if he's at a fire or the hospital, he has no excuse not to eat good, clean food. But a system like this doesn't happen by accident. "Whenever I do my meal prep I make sure I have two hours of free time," he says. "My wife helps me cook, and I cook enough that I'll have five days of meals. When I'm down to my last day, I make sure I set aside another two hours to cook."

Two hours may sound like a big commitment, but if the other option is improvising as circumstances allow, it's worth every minute. "Big picture, it comes down to one thing: planning," says Milo. "You can't just wing it. If you're winging it you're forced to make bad choices."

The metaphor of a high-performance automobile easily lends itself to nutrition, for the simple reason that it clearly draws the line between quality fuel and performance. "You don't fill up a race car at a gas station," says Milo. "For me that means organic and non-processed foods. They make me feel mentally clear, and I don't have digestive problems. I don't feel lethargic."

The downside of quality, of course, is that it costs. But Wheat solves this problem by spending where quality matters most, and cutting where it matters less. To follow his example, simply fuel up on the highest-quality food you can afford. "I try to keep everything fresh from the earth, and if it fits into my budget, I buy organic," says Wheat. "Mostly I buy organic meats and eggs, and the rest I get according to what's on sale to fit my budget."

Rule 4 Use Supplements to Increase Your Potential

"You're building a house with the fuel you consume," says Milo. "The whole foods you eat are the foundation and the four walls." When you eat the right foods at the right time, you'll have a strong base supporting a sound structure. But then you have to top off your structure with a roof that protects you from the elements and completes the overall aesthetic. This is where supplements come into the equation.

"They're the finishing touch," says Milo. His go-to supplements are a high-quality Twinlab protein powder, creatine monohydrate, glutamine, a multivitamin, and fish oil. "Those are my basic five," he says, adding that a pre-workout is just the icing on the cake. "I want it to be more of a function and not just a feeling. It gets me ready to perform my best." 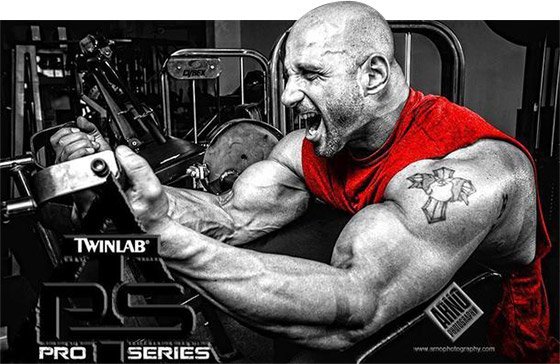 Thompson and Wheat follows a similar basic regimen, topping off their diets with a range of supplements including CLA Fuel, Amino Fuel, Krill Omega Fuel, vitamins, and pre-workouts like MVP and Ripped Fuel. Wheat totes a separate bag alongside his meal-packed Six Pack to carry his supplements with him everywhere he goes.

"When you have an intense lifestyle or diet, it can be hard to make sure you're getting certain nutrients or vitamins or minerals. That's where supplements help you," says Thompson. "Supplements are about gaining an edge to achieve your goals more effectively and efficiently."

Wheat, Thompson, and Milo train for three different goals. But they all know that choosing the right fuel at the right time and creating the routines that enable good nutrition habits makes the difference between dreaming and achieving. Follow their example and you'll be well-equipped to get the most out of your hard work in the gym.