4 fantastic fat-loss factors that will take your program from a bust to a sure bet!

If you're getting geared up to make some major dents in your body fat, it's absolutely crucial that you understand where you are starting from and what you can expect before diving in headfirst. People often forget that your diet planning and ultimate success depends largely on your body's given conditions.

In other words, someone who currently has 12% body fat should never use the same diet as someone with 38%. There are important differences in effective fat loss and successful outcomes between those starting out overweight and those who are relatively lean.

One should take care to keep these differences in mind so you can set your body up for slimming success. Take a look at the main differences, learn a thing or two, and then get ready to tell your fat to take a hike.

Where Do YOU Fall On The Scale?

Are you moving towards your goal? We've got the body measurement tools you need to track your progress.

The first difference between overweight and lean fat loss is the impact of diet on metabolism. While it's normal to expect some degree of metabolic drop with any reduced calorie diet, the drop is much more significant for leaner bodies.

For them, the metabolic drop is basically the body's protective survival mechanism, kicking in to conserve fuel and prevent starvation. The body closely monitors fat stores and is quick to sound the alarm and turn your metabolism down to a crawl the leaner you are - sometimes even within the first week of dieting.

For a dieter with a high body fat percentage, the metabolic decline is much milder and might be unnoticeable for weeks when starting out. This also explains why people see tons of progress at the start of a program but also have trouble finishing those stubborn areas in the final weeks of a fat loss transformation. 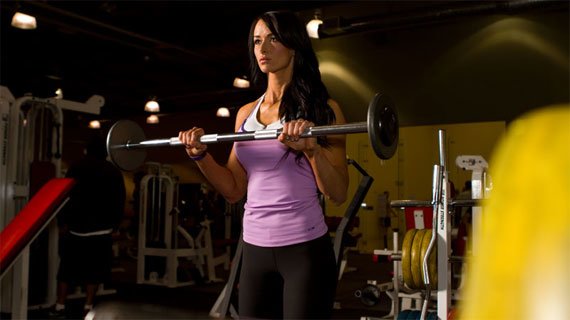 This is the second factor that is influenced by current body fat levels when setting up a diet. Those who are lean should be taking regular diet breaks or implementing cheat meals at least once a week.

The best approach for the lean loser is staggering calorie intake throughout the week, being careful not to allow very many low-calorie days in a row. This goes a long way towards preventing the body from thinking it's in a starved state, and keeping your metabolism fired up.

For those with more body fat, the risk of your body thinking it's in starvation mode and consequently shutting off its metabolism is very low. Usually, their biggest problem is the mental feeling of starvation. Going for weeks without having a favorite cheat food will test your resolve, but your metabolism should stay lit for burning off more fat.

And for that reason, a cheat meal should be limited to once every one or two weeks for the dieters with a high body fat percentage - frequent cheat meals just doesn't make sense from a physiological standpoint here. However, if an overweight dieter is using a very low carb plan and is engaging in regular intense workout sessions, regular carb-ups are a must because they will help to increase muscle glycogen levels.

The next factor that's strongly influenced by your starting body fat is energy. Those with much lower levels of body fat will notice a much higher level of fatigue on a reduced calorie diet compared to people with higher levels of stored body fat.

This is simply due to the fact that stored body fat equates to plenty of stored energy, which means more fuel reserves for the body to tap into. This doesn't mean that overweight dieters don't get fatigued, but it does mean that the leaner you get, the easier it is to become drained on a reduced calorie diet.

Don't have enough energy to get through your workouts? Give your energy a boost with the top energy products!

Get your Energy Increasing Products here

Another very important thing to remember when trying to lose fat is that a leaner body has a much higher risk for losing muscle mass instead of body fat. One study published in The Annals of the New York Academy of Sciences assessed two groups of individuals (one obese and one lean) and recorded their bodies' responses to situations of overeating and not eating enough.

So while lean dieters hold the upper hand in terms of adding lean muscle when they overeat, it's the overweight folks that have the advantage in losing fat. This means that those who are lean should consume more protein than those who aren't in order to safeguard their muscle tissue.

This way, the body will burn up incoming protein as a fuel source and still have plenty left to help maintain lean muscle. But don't get me wrong, people with high body fat need to consume protein as well, just not as much because the body will still turn to excess fat as fuel rather than muscle or protein. 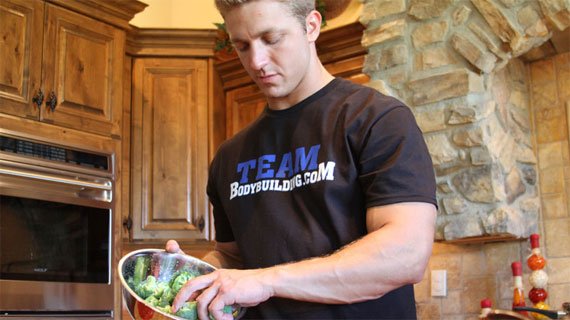 So there you have the greatest factors that differentiate results and body responses from a fat loss program for either lean or overweight individuals. Keep these tips in mind and adjust accordingly on your way to a smokin' lean physique!