D Up! The Case For More Vitamin D

Sometimes the recommended daily allowance is just one version of the story. As the chorus of voices demanding a higher RDA of vitamin D grows, it's up to you to make sure you're not putting your health at risk!

Vitamin D should be a superstar. If there were any justice in the world of health and nutrition, it would be the lead story in the mainstream magazines and TV shows, blasting out a story so compelling that you would have no choice but to extract yourself from that dark living room and get out into the vitamin-D-producing sunlight this summer.

Those of us in the health industry have known for years that the story is legitimate—and it's still being written.

New research shows the role vitamin D may have a play in preventing cancer. We now know that it's essential for bone strength. Sex hormones are made from the stuff. Conversely, populations which don't get much sunlight are at greater risk for multiple sclerosis.

Research shows that physical performance—especially in older folks—is significantly affected by vitamin D levels. Even weight loss is affected by vitamin D. Add all those up, and it's not that surprising that a major study determined that low levels of vitamin D are associated with higher rates of mortality—period.

These stats wouldn't be troubling if not for one other stat: 25 percent of the U.S. population—and that's conservative—is vitamin D deficient. Many times, as in the case of babies and pregnant mothers, they're frighteningly low.

The solution, you might have guessed, is for most of us to simply get more vitamin D, both through sun and supplement. But it doesn't end there. We also need to rethink the way we view and dose this crucial nutrient.

D is for Defective Dosage 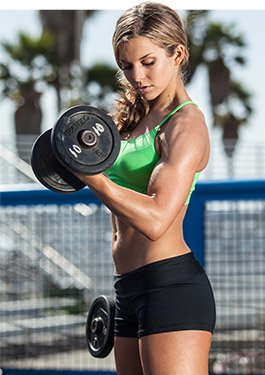 "Extract yourself from that dark living room and get out into the vitamin d sunlight this summer."

That standard dose of 600 IU is up slightly from 400 IU, where it was for many years. However, a growing body of nutritionists and doctors and health professionals—myself included—thinks both numbers are way too low. I'm being polite: We think they're ridiculous.

The current paltry levels of vitamin D recommendations are based mostly on vitamin D's effects on bone health. But as Denise Houston, Ph.D., a medical professor at Wake Forest University, observes, "Higher amounts of vitamin D may be needed for the preservation of muscle strength and physical function as well as other conditions such as cancer prevention." Not helpful; needed.

So what would be a more appropriate level? In 2007 the American Journal of Clinical Nutrition published a risk assessment review for vitamin D that addressed this question. The authors found that the then current "upper limit" recommendation—which is the maximum dose where no research demonstrates a problem—of 2,000 IU wasn't based on current evidence. After performing a review of well-designed trials, they concluded that they could confidently recommend moving to 10,000 IU as the upper level, noting that it could be even higher than that.

Given that the RDA only recently went up from 400 to 600 IU, I wouldn't expect it go any higher in the near future. It'll probably happen someday, though. In the meantime, suffice it to say it is safe to go higher. I usually recommend at least 1,000-2,000 IUs per day as a reasonable supplementation.

D is For Deficient

It's all well and good to talk about how recommended dosages should read on bottle labels. But even the perfect RDA doesn't do much good when nobody pays attention to it. 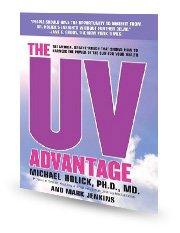 Get this: Research from the Institute of Medicine shows that fully 50 percent of women aren't getting even the paltry amount of vitamin D currently recommended, let alone the optimal amount.

Michael Holick, M.D is the scientist who has done the most research on vitamin D, and who has sounded the alarm the loudest about our collective deficiency. He's written a great book called The UV Advantage, which I highly recommend you read. He's also looked at the vitamin D levels of pregnant mothers coming into his hospital, and at the vitamin D levels of newborn infants. He found that 76 percent of the mothers were severely vitamin D deficient, and 81 percent of their infants were too.

Mother-child vitamin D deficiency (a mother with poor vitamin D reserves nurses an infant who also has poor reserves) is a health disaster. Unfortunately, it's also a growing problem internationally. Children are at risk for a host of serious health problems, including seizures and other neurological problems, as well as rickets, a disease in which the bones are weakened. The mothers may not see any problems in the short term, but down the road they could face increased risk of osteoporosis, among other serious issues. 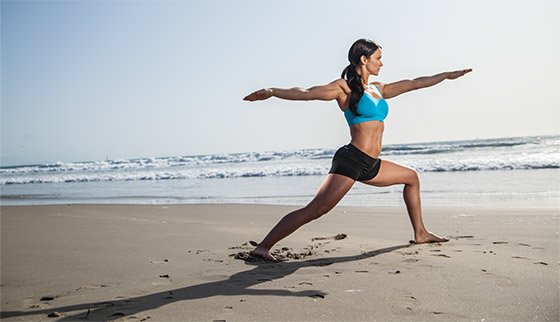 Don't take this to mean that the Caucasian community is much better off. Holick says that 48 percent of Caucasian girls aged 9 to 11 are deficient in vitamin D at the end of the winter, and 17 percent of them remain so at the end of the summer because they all wear sunblock. Older adults are also highly susceptible to low levels of vitamin D because number one, they tend to get less sun exposure, and two, their skin is less efficient in producing vitamin D from the sun.

In an article a few years ago, the website Medical News Today asked the rhetorical question, "How do we get men more interested in vitamin D?" The site reported that most men could care less about the vitamin—as do most women, the young, and the elderly, the stats indicate. But what if, they asked, health professionals tried to "sell" this vitamin by linking it to the kinds of things that do get people's attention? How about physical performance, aka, feeling good and moving well? What about weight loss, or perhaps hair growth?

Well, vitamin D may not yet grow hair on bald heads (though a few recent animal studies indicate that it might one day be able to), but new research shows that it significantly impacts performance—especially important for older adults. Research from Wake Forest University in 2007 showed that older adults who don't get enough vitamin D are at increased risk for both poor physical performance and for disability. More than 900 people over 65 years of age from two towns in Italy were tested on their walking speed, their ability to stand from a chair, and their ability to maintain balance in a variety of positions. They were also tested on handgrip strength, which has been shown to predict future disability. 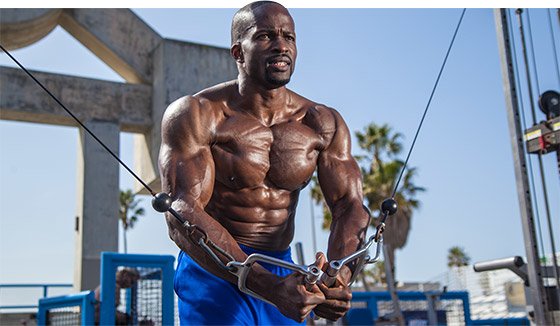 The results: People who had low levels of vitamin D tested approximately 5-10 percent lower in most measures of performance. A different 2007 study published in the Journal of Clinical Endocrinology and Metabolism with a randomized Dutch population showed virtually identical results and arrived at a similar conclusion.

The research is equally compelling when it comes to weight loss. A study presented at the Endocrine Society's 91st Annual Meeting showed that men and women with higher vitamin D levels lost a greater amount of weight when dieting than those with lower vitamin D levels. In fact, the researchers found for each 1 ng/ml increase in blood levels of vitamin D, participants lost an additional half pound of weight over the course of 11 weeks!

This was not the first time vitamin D has been linked to weight issues. Diabetes, for example, has long been shown to be significantly more prevalent in people with low blood levels of vitamin D. A number of studies have linked vitamin D blood levels with improved insulin sensitivity, a measure of how well your body metabolizes carbohydrates.

How to Get Your D

You may have noticed that I've talked very little about sunlight so far. Not getting enough sun is a major contributor to rampant vitamin D deficiency, but is more sun the answer? It's part of it, but I argue that for most of us, it's not enough.

The standard recommendation among most experts is "10-15 minutes of unprotected sun three times per week" in order to get your basic vitamin D needs met. The problem is that "your basic needs" is a moving target that changes with demographics, location, season, and lifestyle. And as the known benefits of higher vitamin D levels pile up, I think you could make a case for doing both—supplementing and exposure. This is especially true if you're aging, obese, African American, nursing or pregnant, or fit into another high-risk category.

There's really no downside to supplementing with vitamin D. You'd have to work pretty hard and swallow a lot pills to get anywhere close to "too much." The studies are clear that a high percentage of Americans have less than optimal levels of this nutrient in their blood. If you have any question about whether you're a candidate, simply ask your doctor for a 25-OH vitamin D test.

If you read this far hoping I'd tell you to go outside and sunbathe, well, here you go: Get out in the sun! But consider supplementing as well. Vitamin D supplements are inexpensive, usually about the size of a TicTac, and they're demonstrably safe at 2,000 IUs per day and probably more. This is definitely one case where your well-balanced diet, and the prevailing wisdom of the USDA, can't be trusted to pick up the slack.