Many pre-workout supplements have a laundry list of ingredients you've never heard of. Here's one you should definitely get to know, even if you don't take a pre-workout: beta-alanine.

I don't take a pre-workout because stimulants don't agree with me. But is there a common pre-workout ingredient that I could still take to get maximum benefits from my workouts?

Creatine would be an easy answer, but most pre-workouts only contain a piddling amount of it, so most serious lifters already take that separately. Nitrous oxide boosters are also a contender, but I'm going to go with beta-alanine.

Pre-workouts often contain a hefty helping of this non-essential amino acid, and for good reason. It has been connected in studies with exactly the type of (non-stimulating) reasons people take pre-workouts: to have a temporary window of increased muscular endurance, strength, and power. I'd call it the "secret" ingredient of a good pre-workout, except that it often makes its presence well known via a harmless pins-and-needles sensation around the lips and neck called paresthesia.

However, don't let that itchy reputation dissuade you from considering this fantastic and inexpensive performance enhancer. The tingle is a way to tell if a product that doesn't list the amount of beta-alanine contains enough to be effective. In other words, the stronger the tingle, the bigger the dose.

Beta-alanine is considered a "non-essential" amino acid because it is produced naturally in the liver. You also get it in your diet from meat sources, such as beef and poultry. In the body, beta-alanine, whether from the liver or ingested from food or supplements, is taken up by the muscle fibers and combines with the amino acid histidine to form the dipeptide carnosine. Carnosine provides the benefits associated with beta-alanine.

What's so special about carnosine, you ask? Carnosine works by increasing your muscle's ability to buffer hydrogen ions, which are produced when lactate levels rise during intense exercise such as weight training and cycling. This increases the muscle's ability to maintain stronger contractions for longer during exercise. 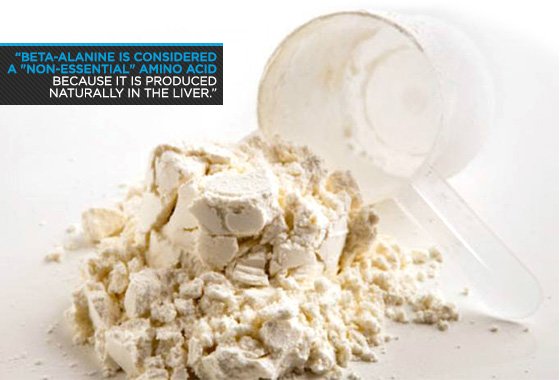 In gym terms, less acid buildup means you can lift more weight and complete more reps during the later stages of your workouts. Over time, this leads to greater gains in strength and power, as well as muscle mass, while also promoting greater fat loss. So while people may take pre-workouts only because of what they do right away, beta-alanine offers short-term benefits that can accumulate over weeks and months.

What Does the Research Say?

The studies supporting beta-alanine's benefits have been piling up. For one example, a study published in the International Journal of Sports Medicine in 2008 reported that subjects taking just more than 4 grams of beta-alanine per day for 30 days were able to increase the number of reps they could complete during a squat workout by almost 25 percent over subjects taking a placebo.

More recently, a 2012 study from Glyndŵr University in the United Kingdom found that four weeks of beta-alanine supplementation in amateur boxers increased their average punching power in the last 10 seconds of simulated 3-minute rounds by 2,000 percent more than those taking a placebo. Being able to maintain punching power late in the round is similar to being able to maintain more strength and power later in your workouts, meaning you can lift more weight for more reps.

How Do I Take It? 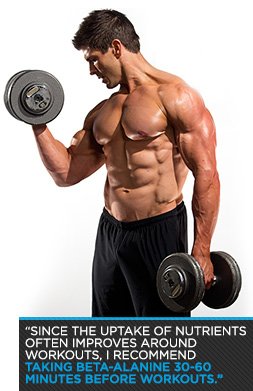 Research indicates that the lowest amount of beta-alanine known to provide benefits is 1.6 grams per day. However, higher levels have been connected to better results.

Research also shows a great synergy of beta-alanine with creatine. One study reported that weight-trained athletes consuming 3.2 g of beta-alanine plus 10 g of creatine monohydrate daily for 12 weeks gained significantly more muscle mass while simultaneously losing significant body fat, as compared to athletes taking just 10 grams of creatine alone and athletes taking a placebo. Neither the creatine-only group nor the placebo group lost any body fat.

There's no shame in making your own pre-workout. In my opinion, it's one of the best ways to make sure your pre-workout doesn't suck. So determine what works best for you and go for it!