Aminos Are Essential: Lift Longer And Grow Stronger With BCAAs

In addition to being one of the most effective supplements for muscle growth, BCAAs delay fatigue, support strength and mental focus, and even boost fat loss. Get the details!

The branched-chain amino acids, or BCAAs, are the three essential amino acids leucine, isoleucine, and valine. From a chemical structure standpoint, each of these amino acids has a forked outcropping that looks a lot like a branch. That's where they get their name. If they were named for what they do in the body, they would have been called AAAs—for amazing amino acids!

You may have heard that BCAAs help support muscle growth. That's no BS. In fact, a study that I presented at the 2009 Annual Meeting of the International Society of Sports Nutrition found that trained lifters taking a BCAA supplement around workouts for eight weeks gained about twice as much muscle mass and strength as those taking a whey protein shake without BCAAs.[1]

But the benefits of these three essential amino acids go far beyond mere muscle growth. Let's get deep into the science of an important performance supplement!

Part of what makes BCAAs so special is how the body handles them. Typically, when you ingest amino acids—either individually or as a whole protein—they first travel to the liver. Here, the liver either breaks them down to use as fuel or directs them toward building and repairing muscle and other tissues. BCAAs, on the other hand, tend to be spared by the liver and get sent directly to the muscles, so that the muscle can use them directly for fuel or to build and repair itself.

This gives BCAA supplements a two-pronged relevance to strength training. During workouts, they can act as a fuel source, and post-workout, they can help build muscle tissue. These effects explain why instructions on BCAA products usually say to take them before, during, and after a workout.

The more intense and the longer your workout, the more BCAAs will be used for fuel. So, you can see how a pre-workout dose can help you sustain your energy during strength training and work with more intensity from start to finish. You may not feel them in the same way as a pre-workout supplement, but first-time users often report that aminos make their workout feel more pleasant and manageable.

This is one reason it's better to get some of your aminos from a supplement rather than relying on your protein intake from food; it's a lot easier than eating an intra-workout steak, and the good stuff gets to your muscles a lot faster. (Of course, dietary protein is still crucial.)

Get Bigger and Stronger

BCAAs built their popularity with bodybuilders on the reputation of being able to increase muscle mass. But how does this work, exactly?

As you likely know, muscle tissue is made of protein. And protein is made up of amino acids, which are strung together like a beads on a necklace. The way that muscle grows is by stringing together amino acids to make more protein. This is known as muscle protein synthesis. Although leucine, valine, and isoleucine are critical components in the "strings" of proteins that make muscle, their role in muscle-building is more than serving as building blocks. 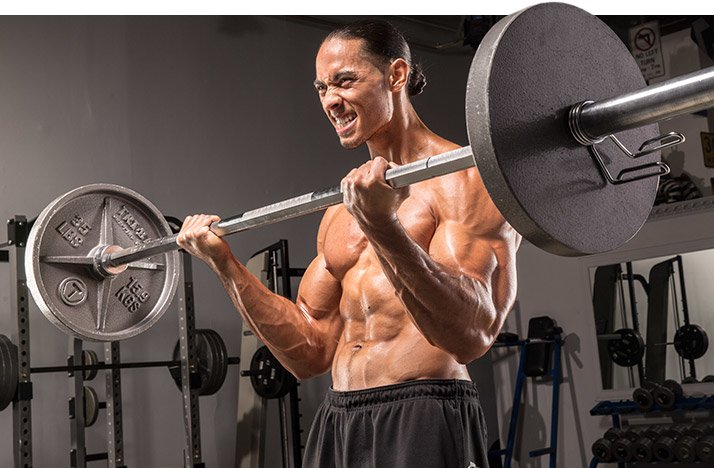 Yet another hormone that BCAAs influence to promote muscle growth and strength gains is cortisol. Research has shown that athletes taking amino supplements have lower levels of cortisol during exercise.[3] This blunting of cortisol levels is thought to increase protein synthesis because cortisol encourages muscle mass breakdown and interferes with the anabolic hormone testosterone. Athletes taking BCAAs have significantly less muscle breakdown after exercise and recover more quickly.[4] This anti-catabolic effect translates to less post-exercise muscle soreness.

Acting as a direct energy source, revving protein synthesis, and reducing delayed-onset muscle soreness are not the only ways that BCAAs boost your workout intensity. They also work via the brain to delay fatigue.

During exercise, the neurotransmitter serotonin (5-HT) signals to the brain that the body is fatigued. This leads to a reduction in muscle strength and endurance. The amino acid tryptophan is responsible for producing 5-HT in the brain, whereas the BCAAs, namely valine, compete with tryptophan for entry into the brain. Research has shown that taking them before workouts lowers the amount of tryptophan that gets into the brain and therefore delays fatigue.[5] So they could really help you in long-duration training sessions.

This ability to delay fatigue via this brain mechanism also means that BCAA supplements aren't just beneficial for the body, but the brain as well. By reducing levels of exercise-induced 5-HT in the brain, you reduce mental fatigue, which keeps you sharper mentally. This is one reason that endurance athletes and other high-intensity competitors supplement with BCAAs: to keep sharp when they're approaching physical exhaustion. Many people sip them throughout the work day for the same reason.

However, if you feel like you're always getting super fatigued, it may also be a sign of overtraining. When's the last time you took a recovery week? Make sure you're getting enough rest and quality food to fuel your training, especially if you work out in a fasted state or restrict your carbs.

The BCAAs are clearly great mass-building supplements, but they also can aid in fat loss. Researchers have yet to determine precisely how this happens, but they've offered up several theories to explain the startling results they've seen.

One of the first studies to discover this benefit was a 1997 study of competitive wrestlers which found that those who were taking BCAA supplements while following a low-calorie diet experienced a greater drop in body fat, particularly in the waist, as compared to those taking a placebo.[6] My study from 2009 also found that the lifters taking BCAAs as a supplement lost about twice as much body fat as those taking whey protein alone.[1]

A study out of Brazil found that leucine supplementation for six weeks caused a large drop in body fat.[7] The researchers proposed that the increase in protein synthesis stimulated by leucine increased energy expenditure so much that it helped to burn off body fat. Leucine has also been found to reduce hunger, causing you to eat less while you burn more calories, which ultimately leads to fat loss.

In the most recent study on the fat loss effects of BCAA supplementation, Japanese researchers discovered that mice given an isoleucine supplement while eating a high-fat diet gained significantly less fat than mice not getting supplemental isoleucine.[8] This was due to isoleucine's ability to activate special receptors, known as PPAR, that increase fat-burning and inhibit fat storage.

BCAA Dosing: How Much BCAA Powder Should You Take?

Each time you take BCAAs you should go with about 5-10 grams. Timing matters. The most critical time to take them is around workouts, so add 5-10 grams to your pre-workout and post-workout shakes. If you do fasted training, you'll really notice their effects.

If your goal is to build mass, also consider taking a BCAA dosage first thing upon waking to help stop the muscle breakdown that is turned on when you enter a fasted state while you sleep. You can also take a 5-10-gram dose of aminos at any other time of day to get a mental energy boost, reduce hunger, and aid muscle growth. If your protein intake lags sometimes, taking aminos could be extra beneficial. 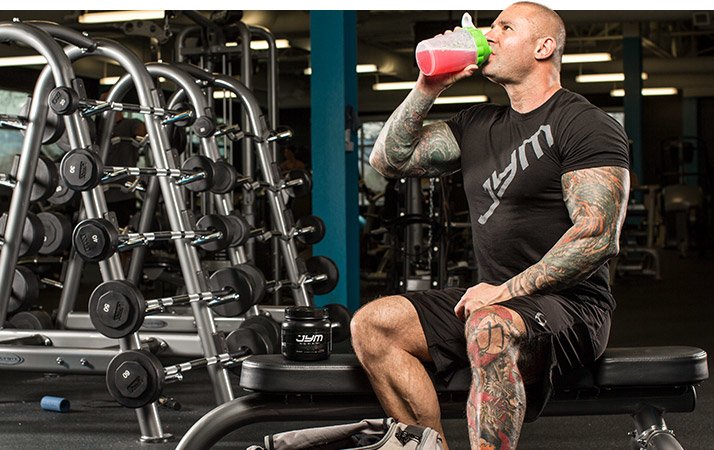 But if you don't want to worry about timing, you could just add BCAAs to your water bottle a couple times throughout the day. Unlike many supplements, it's OK to take them on an empty stomach. In fact, they can give you a good hit of energy when you haven't eaten recently. Plus, they're tasty, making it easier to hit your hydration goals.