The "Dangers" of Creatine Explained

Creatine is one of the most popular and well studied supplements on the market, but there's still a lot of misinformation. Here we dive into the myths around the dangers of creatine and look at the science.

Creatine is one of the most highly researched supplements available. Even if you're relatively new to the world of bodybuilding, you've probably heard of it. What's so great about creatine? Simply put, creatine helps to combat fatigue during your workouts, allowing you to work out longer and with more intensity, ultimately improving your strength and muscle size.

In order for a muscle to contract, adenosine triphosphate (ATP) must break off a phosphate group, leaving behind ADP (adenosine diphosphate). The only problem with this is that our body cannot use ADP for energy. The solution? ADP takes a phosphate from your body's store of creatine phosphate (PCr) to form more ATP. Supplementation with creatine serves to increase creatine stores and PCr availability in the body, resulting in faster ATP formation. Bottom line: The more PCr you have, the more work you can accomplish before fatigue sets it.

Taken appropriately and consistently, creatine can be one of the most effective supplements for increasing lean body mass and improving body composition, strength, and high-intensity performance.[1,2] Yet myths and misinformation about safety and potential side effects still dog this supplement. Is it safe? Does it cause weight gain? Is it damaging to your kidneys?

If you're hungry for answers, you've come to the right place. Here's a look at six common myths about creatine, and the real truth behind them.

Fact: There have been numerous studies conducted on creatine supplementation, all of which have concluded long-term creatine use does not appear to have any negative side effects on the liver or kidneys.

There is no truth to the occasional rogue media stories claiming that creatine causes kidney stones or liver failure. Most of the concerns about the safety of creatine supplementation revolve around how well the kidneys are filtering blood.

Perhaps the confusion comes from elevated levels of creatinine (a marker used to diagnose kidney problems), which occurs following supplementation with creatine. However, this "false positive" is in no way harmful to your body. Moreover, there is no scientific evidence to suggest that chronic supplementation with the recommended creatine dose is detrimental to kidney function.[3]

Several studies have found no adverse effects of creatine supplementation on how well the kidneys filter blood.[4,5] Additionally, there have been hundreds of studies looking at the overall safety of the supplement.

Since I don't expect you to read through every article, here's a quick review of the safety literature:

Okay, I think you get the point. The safety of creatine has been demonstrated over and over again, with some as long as five years.[9] Bottom line: Creatine does not cause damage to the liver, kidneys, or any other organ for that matter.

Fact: All available evidence suggests creatine is safe to use, although it may cause some minor GI distress.

There is some truth to gastrointestinal (GI) issues with creatine supplementation, but it's rare. In fact, it's reported than only 5-7 percent of people who take creatine experience stomachaches.

Stomach distress typically occurs when you take too much creatine at once (e.g., a loading phase) or on an empty stomach.

In an attempt to reduce the level of GI distress, micronized forms of creatine, which have been ground into smaller form, have become readily available. The premise of micronization is particle-size reduction to increase solubility of the substance, potentially reducing GI distress. It may also allow for a quicker mix and faster absorption.[10]

Fact: There is no data that shows creatine causes muscle cramps or dehydration. 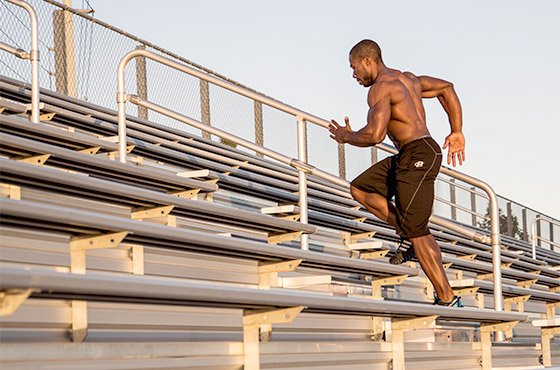 Currently, there is no evidence to suggest that creatine supplementation has damaging effects on hydration or the body's ability to regulate its temperature, with the majority of research reporting no change—or even an improvement in temperature regulation. [12,13,14,15] Researchers out of San Diego State University reported that creatine supplementation was able to blunt the rise in core temperature during 60 minutes of exercise in the heat.[16]

Moreover, several studies have found that creatine supplementation can provide performance enhancements in hot and humid environments, and that supplementation has no effect on muscle cramping.[17,18]

Fact: While there may be a transient increase in pressure following high doses of creatine, supplementation at recommended doses does not induce compartment syndrome.

Although there have been media reports of creatine supplementation inducing compartment syndrome in collegiate football players, they don't hold up to scrutiny. An article published in the "Journal of American Board of Family Medicine" in 2000 reported a case study of a bodybuilder who developed acute compartment syndrome.[19]

However, the participant had been an avid bodybuilder for five years previous, and had been supplementing 25 grams a day—5 times the recommended dose—for a year. It's difficult to conclude whether the problem resulted from chronic supplementation with a high dose, or if the participant was training incorrectly, or if he was using any other supplements not reported in the study.

Several other studies have examined the effects of high dose creatine supplementation and compartment syndrome.[20,21] While researchers did observe acute increases in compartment pressure following a high dose of creatine, symptoms did not resemble those of anterior compartment syndrome, and pressure values returned to normal shortly after the trial.

Fact: There is no direct evidence that creatine supplementation promotes rhabdomyolysis.

This myth became a media favorite shortly after an article published in the New York Times claimed creatine supplementation was possibly linked to rhabdomyolysis in high school football players. Rhabdomyolysis refers to a severe breakdown of skeletal muscle due to injury that typically presents with elevated creatine kinase levels and anterior compartment syndrome.[22] This condition can result from excessive exercise in hot humid climates, especially when the exercise is continued for several days.[23,24]

According to reports, the athletes in this case were in a training camp where they performed exhaustive bouts of repetitive exercise in a hot and humid wrestling room. None of the athletes indicated they took creatine. Nevertheless, investigators speculated creatine could have caused the problem. 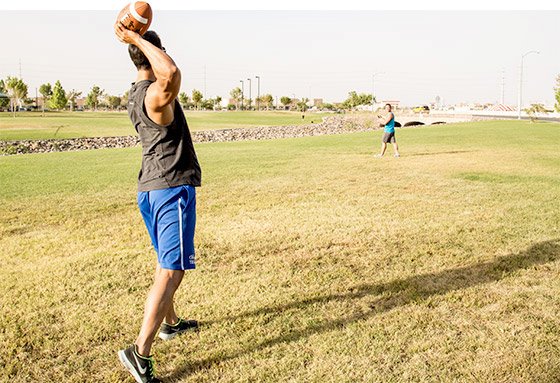 If anything, creatine has been shown to have a beneficial effect on hydration by increasing water retention, lowering body temperature, and reducing exercising heart rate.[25]

Fact: Creatine loading may lead to an initial weight gain of 0.8 to 2.9 percent of body weight in the first few days due to water being pulled into the muscle; however, this is less likely to occur following a low-dose protocol.

However, while an initial weight gain may be a result of an increase in water, research consistently shows that creatine supplementation, in addition to resistance training, results in an increase in lean body mass and a decrease in fat mass, leading to improvement in body composition.[26,27] This is likely due to a higher concentration of PCr and ATP stores, allowing for higher training intensities and volume.[1,28]

Ciaran received his M.S. in Kinesiology and is working towards a doctorate. He holds certifications through the ACSM and CISSN.