Your "Healthy" Diet: It Doesn't Have To Be Boring!

For the serious bodybuilder or fitness enthusiast, your daily diet can make or break the goals you've set. That doesn't mean your diet has to be boring! Find out how you can add sizzle to your diet, eat the foods you crave, and stay fit!

For the serious bodybuilder or fitness enthusiast, your daily diet is an important factor on your journey to a bigger, leaner body, as well as when you need to reach a specific goal such as a low body fat percentage for a show. However, the typical diet of the many fitness-obsessed happens to be very boring, bland and sometimes repulsive.

Everyone, no matter what, will eventually get tired of the seemingly endless mounds of broccoli and chicken. Since diet is such a big part of your success, whether your goals are building your body in the off season, maintaining a particular look for a certain period of time, or cutting down for a show, it's imperative that it is sustainable over the long haul. Otherwise, adherence is low and progress comes to a standstill.

If your diet is not sustainable, failure is in your near future. We've all heard the stories of the competition bodybuilder who ate nothing but brown rice, chicken and broccoli for 16 weeks on a strict contest diet only to suffer a complete and mindless binge immediately after the competition. All that time spent getting into peak condition is now ruined and likely set back by 4-5 weeks. Sometimes, a few days of bingeing can turn into a few weeks and they're suddenly right back to their pre-contest-diet state.

The problem here is that a diet lacking in variety can often make one feel restricted. With long-term restriction comes the desire to break the cycle. So it's no wonder that many contest bodybuilders and physique competitors find themselves at the local pizza parlor stuffing themselves uncontrollably, then going down the road and loading up on a few pints of ice cream, and finishing it off with an entire batch of chocolate chip cookies for dessert. 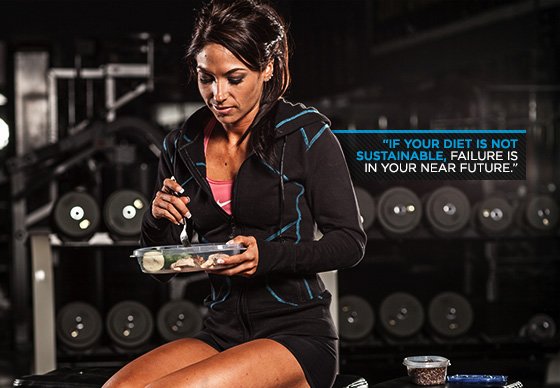 It's all because of a few confounding factors. One is due to a constant caloric restriction without any free or cheat meals incorporated into the diet. Another is just because the typical foods being consumed on such a diet are rather boring in terms of preparation, food selection and the frequency in which they are consumed.

In lieu of these factors, let's first start with what some call cheat meals.

First of all, I hate calling this meal a cheat meal. The name is negative and suggests you're doing something wrong or naughty when in reality, you're not doing anything bad at all. Since when is eating a bad thing? In my view, eating, for the most part, is fairly a neutral endeavor. Sure it can be bad and good under certain circumstances but that's out of this context.

To many, a cheat meal usually means going out to a fast food restaurant or staying in to cook something you'd never eat otherwise. It's one of those foods that do not belong on your bodybuilding diet for whatever rationalizations one makes for a food being bad or good.

The problem with this type of thinking is that we become accustomed to a mindset that a specific food is either bad or good but when you break it up, it all boils down to macros: protein, carbohydrates and fat. Now some foods contain more of one macronutrient than others and some contain more saturated fat or HFCS, but all in all, it's the same stuff. We use it as energy.

Something I've noticed in the bodybuilding community is that people tend to have an unaccounted for, once-per-week, cheat meal. Sometimes they have an epic feast of pizza and ice cream that spans a day, ruining their fat loss efforts for the entire week, or worse, triggering a multiple day, uncontrollable binge.

What I suggest in lieu of these not-so-hot choices is to incorporate unconventional foods into your diet moderately throughout the week.

Here's what I mean. If you happen to enjoy a certain food like burgers or ice cream for your typical cheat meals, instead of picking one day to cheat and bouncing off your diet, why not just incorporate them into your daily calories a few times per week?

If you enjoy McDonald's every now and then, go pick up a few burgers from the dollar menu and squeeze them into your macros for the day.

If you've got a sweet tooth, Ben and Jerry's frozen yogurt might be just what you needed. One pint of Ben and Jerry's Chocolate Fudge Brownie low fat frozen yogurt contains a total of 760 calories with 20g protein, 10g fat and 140g carbohydrates. Just lower your meal frequency to 3-4 meals for the day, drink a big protein shake with your frozen yogurt and enjoy this tasty treat without any negative consequences associated with going off of your diet for an unnecessary cheat meal.

While I'd never advocate a diet full of fast food, these examples suggest how one could incorporate what some call cheat food into their normal diet to maintain some sanity. Now, let's discuss some ways to spice up your dietary habits and make some of the typical food you might consume on a diet a bit more interesting.

Something we've all gotten accustomed to at one point or another is accepting the fact that we eat a lot of the same foods day in and day out; we usually fail to make them taste better than the plastic jug our protein powder came in.

Let's first start with the typical food one might consume on a bodybuilding or contest preparation diet. I'd say that top choices are lean chicken breast, fish, brown rice, low-fat dairy, oatmeal, and raw veggies like broccoli, cauliflower, carrots, etc. Heck, these are even common food choices on a "bulking" diet.

We've all been guilty at one point of making this stuff the night before, failing to add any seasoning, oils or other flavor-enhancing agents and then storing it in a plastic container for our meals the following day. We only begin hating life when it's time to eat and we think, "Ah crap, it's that same piece of bland chicken again," or, "I'm getting really tired of this grainy bowl of oats."

It only takes a bit of creativity, preparation and sometimes a slight adjustment to meal frequency to make a rather boring diet much more interesting and sustainable—after all, a diet one can adhere to is a diet that will work.

Turn Bland Foods into Something You'd Rather Eat

The first thing that comes to mind that's easy to make is fried rice. Think about it. You already eat all of the foods in this dish anyway; rice, meat (chicken, beef, shellfish), oil, eggs and veggies. So instead of preparing them all separately, try combining them for a nice meal every once in a while. 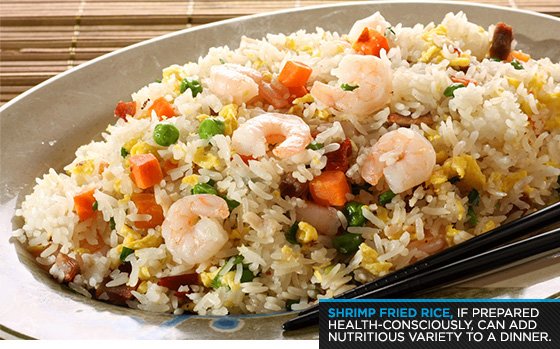 Check out recipe #6 from The Top 10 Chicken Recipes by Angelique Millis for a tasty, healthy stir-fry.

Cheesecake On a Diet?

Eating dessert weekly or even daily will at first seem ludicrous. Most people would only consider eating dessert 1-2 times per month only on their cheat day and when they do, it's usually lacking in protein or other nutrients a physique athlete needs.

Ever notice that you can buy cream cheese in a low-fat or non-fat version? Ever think of making a cheesecake out of non-fat cream cheese? It's something you should consider. Here's why.

When we take a look at the standard, 8-ounce block/tub of Philadelphia fat-free cream cheese, the macros are as follows: 34g protein, 0g fat, 7g carbohydrates. Now how awesome is that for a high protein snack? Eating cream cheese by itself is not too interesting but when you combine it with a few other ingredients, it can become tasty. Here's a pumpkin cheesecake recipe I've used the last few years and absolutely love it every time I make it. 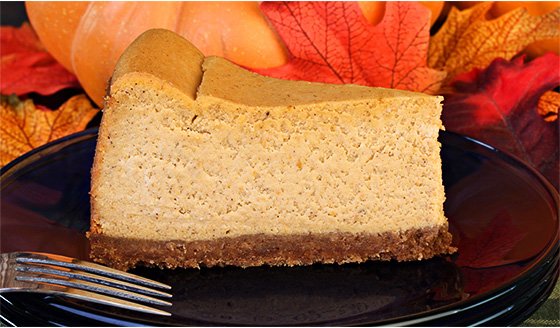 I've made this cheesecake more than a dozen times and it's always good. It's almost hard to believe that you're getting so much protein in a dessert.

It's foods like these that can make dieting much easier and sustainable while satisfying that sweet tooth at the same time.

If you're bored with your current diet, give a few new recipes a try instead of going out and having an all-out cheat day, ruining your fat loss efforts for the week.

I owe much of my knowledge in this field to working closely with others in the fitness industry, as well as a ton of self-study...