Should You Go On A Cleanse?

Cleanses are all the rage, but is one really the best choice for you? Dietician Marie Spano lays out the pros and cons for athletes.

If our bodies were as simple as a shower drain, you could clean them out like one. You'd simply pour enzymes into one end, and all the mysterious gunk inside you would disappear, leaving a nice, clean surface from throat to tail. It's an enticing image, right?

But fortunately for us, our bodies aren't nearly so simple. They are the result of an incredibly complex network of organs, tissues, and yes, gunk—some of it good, some of it bad, some of it just mysterious—that work together to keep everything running smoothly.

Except, of course, that we've all experienced times when things don't seem to be running smoothly. Your energy levels mysteriously go down from time to time. Your digestive system starts doing something it shouldn't—or stops doing something it should. Or maybe you just kinda feel "off" for a while. When this happens, more and more people these days start looking for a way to press the reset button, often using some variety of a "cleansing" protocol. 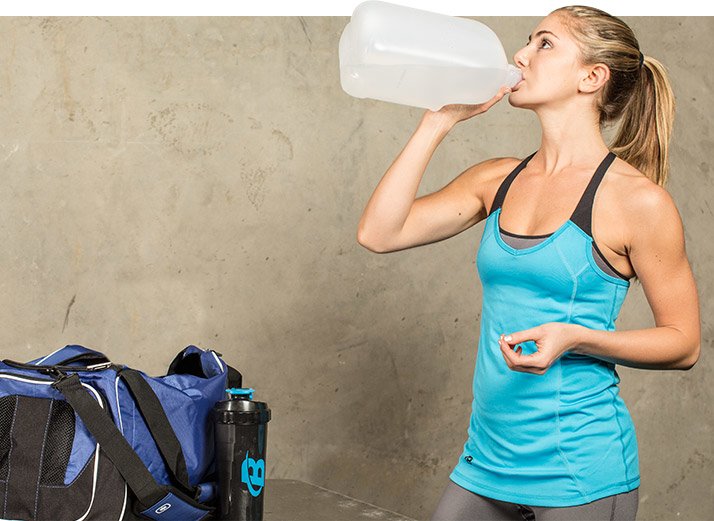 "More and more people these days start looking for a way to press the reset button, often using some variety of a "cleansing" protocol."

There are countless cleanse varieties to choose from, and they run the gamut in severity and the results they promise. You might be nodding your head in agreement right now, or shaking your head and waiting for me to drop the bomb on "those cleanse people." Well, save your rage! I'm here to try to calmly, reasonably approach a subject that can be very touchy.

Ready? Let's see if a cleanse is for you.

Cleanse out the what?

Most cleanses are based on one basic premise: The human body is a massive filthy dirt bag, collecting environmental toxins, pesticides, allergens, waste, and inflammatory substances on a daily basis. Mix it all together and you'll end up with something that resembles industrial sludge stuck to your intestinal walls. This supposedly interferes with digestion, leaving you bloated, tired, fat, and with joints and muscles that feel like they are on fire. 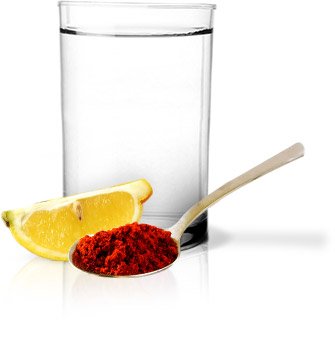 Cleanses—also referred to as detox programs—are like Merry Maids for your body. They come with an army of specialists—both human and nutritional—that promise to destroy toxic substances, purify cells and tissues, remove waste products, tame the fire of inflammation burning inside, improve digestion and metabolism, and bring you back to sexy.

All cleanses come with instructions that ask you to grow your own organic garden, break out the cookbooks, and make your own food. Okay, not really—although it would be great if they did. But most do tell you to cut out alcohol, caffeine, tobacco, and highly processed and refined foods while on a cleanse. Some go a little further by recommending only raw foods that haven't been processed, irradiated, genetically engineered, or sprayed with pesticides or herbicides.

And finally, most strict cleanses cut out eating completely—at least for a few days—in favor of homemade or specially purchased juices. Once you've taken out everything that's purportedly bad for you, the magic starts with a specific regimen of carefully chosen supplements or detoxifying drinks that may include laxatives, herbal diuretics, cayenne pepper, maple syrup, and lemon juice. Some cleanses take only 24 hours, while others last more than a month.

Juicing Out the Truth

Abstaining from alcohol, tobacco, and drugs has a definite detoxification effect, since you will no longer be taking in the specific toxins these vices contain. However, the deeper question is: Can things like gallons of freshly pressed organic juices, or lemon and cayenne pepper water followed by a nightcap of apple cider vinegar, make the same promise?

As of now, no research-based evidence proves that the precise combinations of ingredients found in cleanses actually work. Now granted, just because there are no studies doesn't mean a particular cleanse won't succeed in making you feel better, especially if it includes research-backed ingredients like fiber, fruits, and vegetables. Those are good and important things, for sure. But as cleansing agents, they can't compare to the job your organs are already designed for. Let's look at the two major sites to see why. 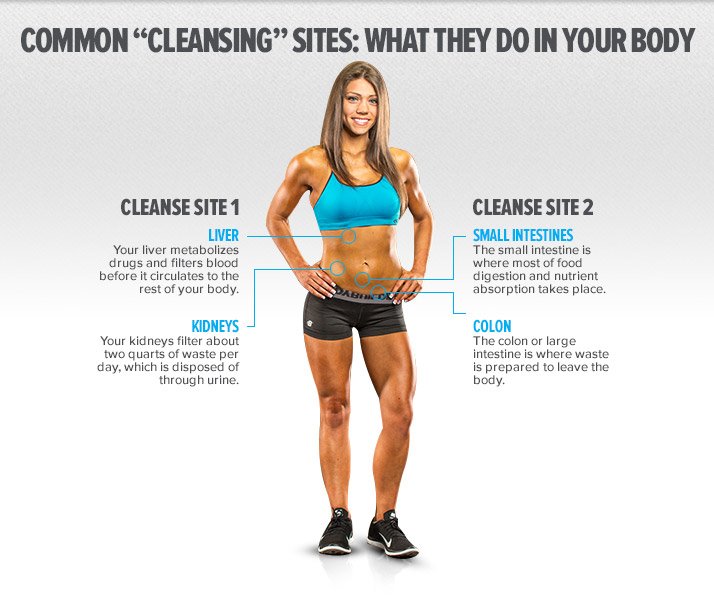 Every organ has its own self-cleaning system that keeps it working properly. For instance, the hairs in your nose and mucus in your lungs both filter out harmful substances such as dust and bacteria. Your kidneys filter about two quarts of waste per day, which is disposed of through urine. And your liver metabolizes drugs and filters blood before it circulates to the rest of your body. If they aren't doing this, well, you need a doctor's help more than you need a cleanse.

These functions are happening inside your body every day, and so far there is no research to back up the claim that cleanses can help them do it better.

So what about that stuff down in your guts? Some cleanses rely on laxatives to "clean out" your body and eliminate built-up poop, and if you're currently constipated, getting regular could certainly help you feel better. However, laxatives are not something you want to get too familiar with. They can leave you bloated, suffering from painful cramps, and with a mean case of the runs. Plus, you never want to use laxatives for longer than one week unless they were prescribed by a physician, since overuse may make you dependent on them to produce a bowel movement. Severe overuse can lead to nerve, muscle, and tissue damage in the intestines and bowel.

Laxatives are not a long-term solution. You can usually improve constipation by slowly increasing your dietary fiber intake and consuming plenty of liquids each day. A higher-fiber diet without enough fluid, it should be noted, may actually make constipation worse. 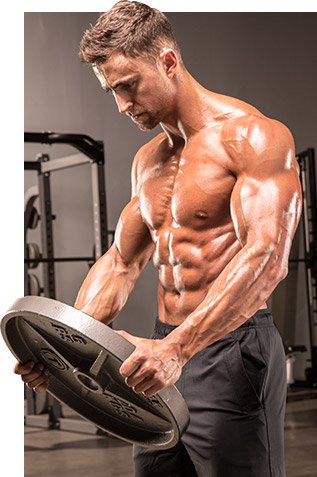 Many cleanses rely on minimal calorie intake for weight loss. Sure, you'll drop a few pounds quickly, much of it from water weight, but as soon as you start eating normally again, you'll probably regain the weight. And without enough food, chances are you won't have the energy you need to train. So for athletes, it's definitely a questionable choice.

Cleanses that cut your food intake down to nothing or next to nothing may also leave you feeling tired and dizzy, and lead to headaches due to low blood glucose. The strict guidelines, limited food choices, and ritualistic supplementation or juice protocol can also perpetuate disordered eating behavior in some people, or spark a vicious cycle in those with an existing eating disorder. If you have a history of disordered eating, it's probably best to stay away.

In most cases, cleanses are also low in protein, so some of the weight you lose will come from the breakdown of muscle—particularly if you keep training with any intensity. Additionally, most of these detox programs are low in a number of vitamins and minerals important for athletic performance and recovery, such as vitamin B-12, vitamin D, calcium, iron, zinc, and omega-3 fatty acids.

Cutting out foods that are rich in these vitamins and minerals for a few days probably won't cause any problems, unless you already have a vitamin or mineral deficiency. But longer-lasting cleanses could definitely cause issues to arise, so tread carefully.

The good things about cleanses

Some people swear by cleanses. They say they feel better and have more energy—and I'm not here to say they're imagining that. There are a number of potential explanations.

First off, it's simply gratifying to know that you can stick to a strict regimen for any length of time, particularly if you've struggled to maintain control in the past. There's a mental boost that comes from knowing you have a healthy dose of discipline and power over your food intake.

Plus, there are other potential explanations for this dietary euphoria.

How to make a cleanse work

If you can't fight the urge to try a cleanse or detox program, and you are generally healthy without any pre-existing health issues, go ahead and indulge in your sense of curiosity by choosing one that isn't too restrictive and is short term. Just be sure you aren't on a cleanse or detox program while in the midst of a heavy training cycle, while sick, or during a period of high emotional or physical stress.

When your cleanse is done, use the experience as a springboard into a healthier overall approach to life that includes adequate amounts of proven health-boosters like regular exercise, a diet rich in colorful vegetables, and quality sleep. These are the real keys to feeling and looking your best for decades to come. No matter how you get to them, they're worth pursuing. And if they replace less-healthy alternatives, well, consider that the ultimate cleanse!