Probiotics are a popular supplement for gut health, but prebiotics can be just as beneficial. Get everything you need to know about how the prebiotic inulin can help your good gut bacteria!

Sometimes we oversimplify nutrition. We assume that the foods we eat are directly broken down into their nutritional components—protein, carbohydrates, and fats—and then digested and shuttled throughout the body based on predictable hormonal responses. We often forget about the five pounds of living bacteria we carry around in our intestines which work for or against us in nutrient processing and metabolism.

Gut bacteria are incredibly important to digestive health and metabolism, but unfortunately some gut bacteria fall in the "bad" category. Some gut bacteria may be involved in heart complications and metabolic disorders, poor mental health, and even smoking cessation weight gain.

Reducing your bad gut bacteria doesn't need to be as difficult as protecting the mountain fortress of Hornburg in the battle of Helm's Deep in "The Lord Of The Rings," but it's just as important.

To support good gut health, it's become popular to supplement with probiotics, which are microorganisms in your gut which aid digestion and offer other health benefits. Despite not really knowing the best strand or optimal dose of probiotics, it's become commonplace to take billions of active probiotic cultures in an effort to optimize gut bacteria.

The tactical approach used with probiotics is simple: Add new "good" bacteria in an effort to crowd out the bad ones. One point many people consistently fail to consider is correcting the underlying environment in the gut that creates said "bad" bacteria. If you don't address the environment, then you'll need to keep trucking in new healthy bacteria day-in and day-out. And even then, too much of a good thing can give you a nasty case of diarrhea. 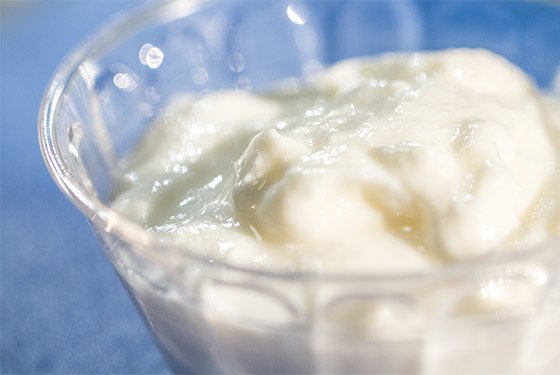 "The tactical approach used with probiotics is simple: Add new 'good' bacteria in an effort to crowd out the bad ones."

How Prebiotics Can Help

Another tactical approach that's gaining popularity is to rehabilitate your environment and the "foods" you feed the bacteria in your gut. One way to do this is with prebiotics. Prebiotics were initially defined as "a non-digestible food ingredient that beneficially affects the host by selectively stimulating the growth and/or activity of one or a limited number of bacteria in the colon, and thus supports host health."

Prebiotics and probiotics both help improve the microbial landscape in your gut, but via different mechanisms. A prebiotic is a specialized plant fiber which nourishes the good bacteria, acting as a kind of fertilizer to promote the growth of such bacteria in the gut. Probiotics are live bacteria in yogurt as well as other dairy products and supplements. They are both necessary for good digestion.

Finally, a prebiotic should selectively stimulate the growth of good bacteria in your gut which contribute to your health, not to bad bacteria that, for instance, turn carnitine in meat or choline in eggs into potentially toxic substrates.

The Role of Inulin

Inulin is a prebiotic, present in foods like artichokes, onion, chicory, and jicama. It has been shown to meet the three criteria needed to be classified as a prebiotic: It's resistant to mammalian digestion, fermentable, and it selectively grows beneficial bacteria. 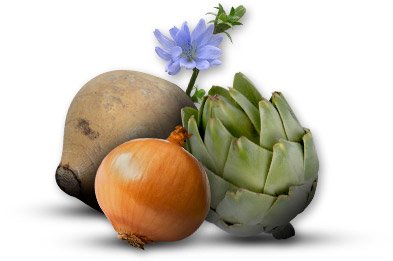 Aside from just bolstering the levels of healthy bacteria in your gut, inulin has also been suggested to:

As promising as inulin is, it's important not to overdo the dose. I'm from the school of, "if a little is good, then a lot is better," but with things like probiotics, this mentality will leave you with diarrhea, bloating, and/or potentially small intestine bacterial overgrowth.

What is a good dose of inulin, then? It seems to vary from individual to individual. One study published in the "British Journal of Nutrition" estimated that prehistoric foragers in the Chihuahuan Desert ate a diet which contained upward of 135 grams of inulin-like fructans (the greater class of carbohydrates which inulin is part of) per day. I use this to point out the safety of inulin and that the human gut is adaptable.

Dosing of inulin varies for therapeutic reasons, ranging from 10 g per day for lowering triglycerides to upward of 40 g per day for relieving constipation. You should not have any issues with 5-10 g of inulin per day. 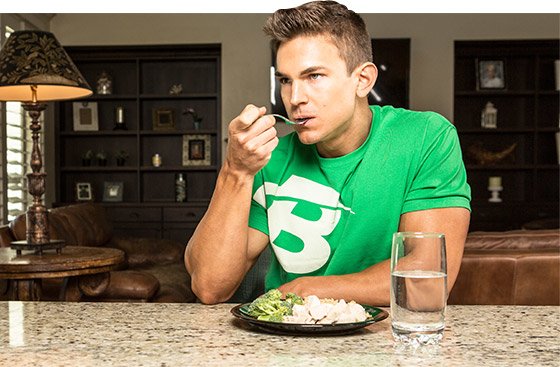 "Inulin's role is to selectively grow the good bacteria in your gut for better immune health and nutrient processing."

One other important point to note is that we often associate fiber in general with satiety and increased feelings of fullness. Inulin and other prebiotics do not seem to impact these factors; which is fine; different foods have different roles in your diet. Inulin's role is to selectively grow the good bacteria in your gut for better immune health and nutrient processing.

The concept of prebiotics is young in the world of nutrition and science—less than 20 years old—and the exact optimal dose of prebiotic fibers has yet to be completely fleshed out, but we do know that inulin preferentially feeds the beneficial bacteria in your gut. Over the long term, these bacteria fortify your immune system, support a healthy inflammation response, and work to ensure maximum nutrient absorption.