Stop stalling your progress by obsessing over every tiny detail of your diet! Read these big-picture nutrition facts and start moving forward.

Take one step into the fitness community and you're immediately inundated with a popular piece of nutrition advice: If you want to maximize your gains, you have to spend Sundays preparing clean meals, walk around the office with a milk jug full of water, and eat every two hours. Right?

Well, while eating healthier and drinking more water isn't bad nutrition guidance, sometimes the best advice can get lost among old-school bodybuilding adages and traditional muscle-building rituals. All the nutrition advice floating around online can put you in a tailspin and lead you to nitpick every detail of your diet. Micromanaging every small dietary detail can then actually stall your progress, not advance it, sticking you squarely in paralysis by analysis.

Stop tying yourself up in knots and stressing about the "nitty" details of common nutrition and fitness advice! Instead, get smart and focus on these six "gritty" nutrition concepts. Your mental state, attitude, and progress will definitely improve!

Nitty: Obsessing about eating every two hours in order to stay anabolic

Eating 6-8 meals per day was bodybuilding gospel for so many years that, despite the lack of scientific data to support that frequency, it's become a ubiquitous law. A lot of people fixate over eating throughout the day and feel like all of their work in the gym just disappears if they miss a meal.

If you really want to maximize the anabolic nature of your diet, you should probably eat less frequently. Research suggests that spacing out your meals so they're four hours apart will maximize protein synthesis (muscle building). This research also suggests that you need spikes in blood amino acid (specifically leucine) levels to maximize protein synthesis, not a constant elevation of amino acids in your blood.1,2 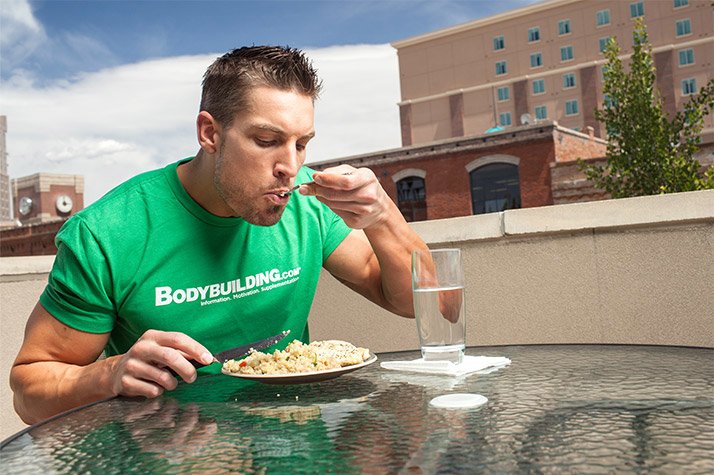 If you really want to maximize the anabolic nature of your diet, you should probably eat less frequently.

If you do cardio when you are fasted from the night before, insulin and glycogen stores will be lower, allowing for fat to be oxidized at an even faster rate. That will make you ripped, right?

Unfortunately, the magic of low-intensity, fasted cardio is more of an exercise in academic biochemical theory than real-world application. A recent review in the Journal of the International Society of Nutrition shows that doing cardio fasted or fed doesn't impact body-composition changes.3

Gritty: Fuel your workouts and utilize HIIT for fat loss

Instead of focusing on which exercise burns the largest percentage of fat, focus on which one gets you to your goal faster. If your goal is fat loss, then high-intensity interval training (HIIT) is the way to go. HIIT may burn a lower percentage of fat as you're doing it, but the total amount of calories you burn during and after you're training is higher, and overall calorie burn is actually a more important metric. 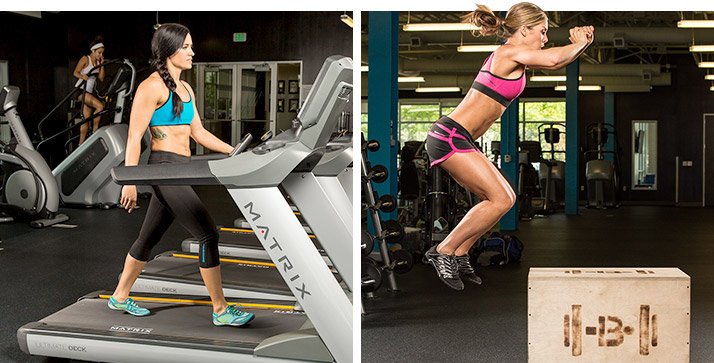 If your goal is fat loss, then high-intensity interval training (HIIT) is the way to go.

Instead of fasting, fuel your workouts in order to maximize your efforts so you can burn the most calories and create the greatest metabolic disruption. That will help you burn the most fat.

Nitty: Fretting over the "anabolic window"

I've heard it all about the magical "anabolic window," which people say closes anywhere from 10-60 minutes after you finish a workout. If you want to see gains, folks say, you had better start mixing your shake as soon as you finish your last rep!

Gritty: Get ample protein within each 24-hour period

Don't get me wrong: It's great to get a shake after a workout, yes, but tossing back a protein shake after your training session won't make up for lower intakes of protein later in the day. The anabolic window isn't limited to 30, 60 or 90 minutes. It extends for 12 or more hours, so make sure you take advantage of the entire time period and distribute your protein accordingly.

Everywhere you turn, you can read about how carbohydrates are bad for your health and how readily they are converted to fat. Despite the prevailing fear, it's important to remember that carbohydrates are a very broad category of foods, and each type of carb can have a varied effect on your diet and body composition.

Low- and very-low-carbohydrate diets all work well for fat loss and for improving health, but carbohydrate restriction isn't an all-or-nothing practice. There are varying levels by which you can choose to reduce carbohydrates in your diet. Some people can reduce their carb intake by 40 percent, while others feel best when they reduce carbs by less than 20 percent. As a general rule, the more active you are and the more lean mass you have, the more carbohydrates you can consume. 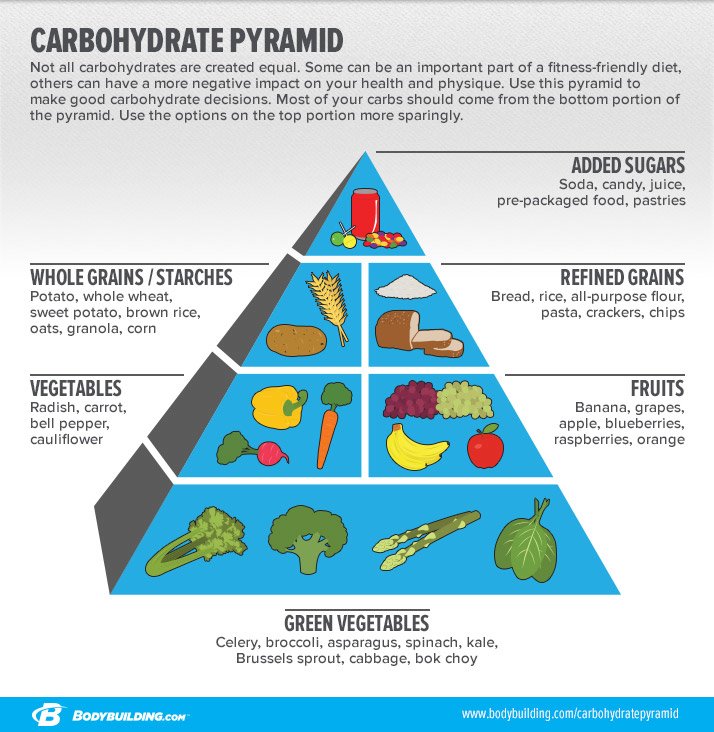 Elevated body fat and inactivity both lead to a decrease in your body's ability to use sugar from your blood stream (insulin sensitivity), which can lead to type 2 diabetes. Exercise itself enhances your body's ability to preferentially shuttle carbohydrates into your muscles. In fact, exercise is so powerful that some research shows it temporarily restores insulin sensitivity in people with type 2 diabetes!5,6

Even if you currently have extra body fat and less-than-ideal insulin sensitivity, you can use the biochemical hack of exercise-induced insulin sensitivity to eat more carbohydrates. The best way incorporate carbs into your diet is by eating your highest-carb meal after you work out.

Nitty: Panicking about overeating and extreme guilt over a cheat

Even if you're not preparing for a physique competition, it's easy to fall into the trap of believing that eating more than you're supposed to at a given meal or indulging in foods not deemed by the bodybuilding gods to be "clean" will ruin your physique.

Being conscious about what you put into your body is one thing. Feeling extreme guilt every time you eat something that's not "on plan" is another. 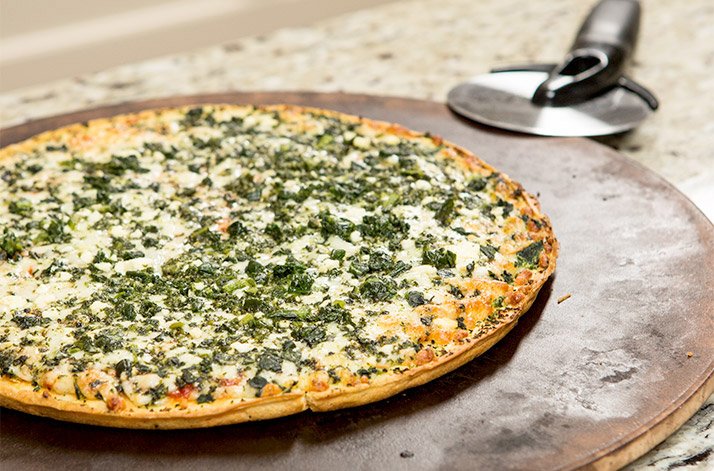 It's easy to fall into the trap of believing that eating more than you're supposed to at a given meal or indulging in foods not deemed by the bodybuilding gods to be "clean" will ruin your physique.

Research about eating behavior shows that when restrained eaters feel guilty about a cheat meal or overeating, they often fall into a pattern of further overeating and more guilt. This may be followed by a period during which they work out intensely or follow an overly restrictive diet to make up for the splurge.7

This pattern is often called the binge-purge cycle. Who wants to live this way? We got into fitness to feel good about ourselves and our bodies, not to mentally beat ourselves up over three slices of pizza.

A study published in the Journal of Social and Clinical Psychology found that providing restrained eaters with a message of self-compassion before eating an "off-plan" meal helped them to respond to their next meal by eating less to accommodate the extra calories rather than binging even more.8

So, the next time you eat a doughnut, tell yourself that it's just one meal and it's just a doughnut. There's no reason to throw your whole diet out the window or feel extreme guilt over food. Nothing good comes of that mentality. 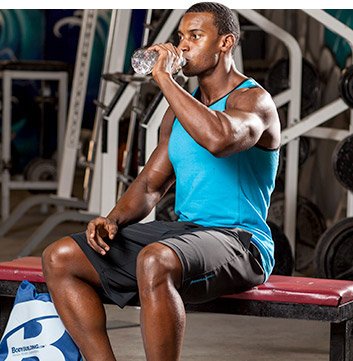 Nitty: Drinking a gallon of water a day

Some people will tell you that if you are active, you should drink at least one gallon of water per day to stay hydrated. You may also hear people recommend that you drink one ounce of water per pound of body weight. These cut and dry rules are just not accurate for every person.

Gritty: Understand factors that influence the amount of water you need

Your level of activity, your sex, your body size, and the climate where you live are just some of the factors that influence your fluid needs.9 It's also important to consider that many of the foods you eat—like fruits and vegetables—contain water and thus contribute to your daily fluid intake.

Instead of being tied to a certain number of ounces, use these two benchmarks to customize your hydration strategy: