The 'Magic Pill', Reality Or Fantasy: Mitochondria Secrets May Have Answer!

The magic pill doesn't exist but cutting-edge science has made a breakthrough and found the link. Inside the cells of our bodies are tiny organelles called mitochondria. Learn more.

Why do some people tend to look like they age slower and retain a faster metabolism? Why does it take most people more effort to do the same physical activities as they get older? Is there a common link? 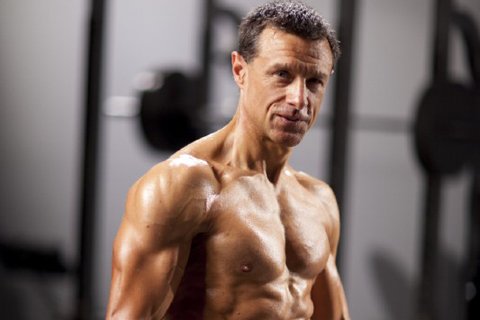 Click Image To Enlarge.
Why Do Some People Tend To Look Like They
Age Slower And Retain A Faster Metabolism?

The magic pill doesn't exist but cutting-edge science has made a breakthrough and found the link. Inside the cells of our bodies are tiny organelles called mitochondria. These are tiny cellular "factories" in muscle tissue that turn nutrients (food) into energy. Muscle tissue is filled with mitochondria.

However, the process of creating energy also causes damage to these powerhouses. This oxidative damage, over time, makes them less efficient. The resulting lower-energy output per cell contributes to body fat gain, a decline in muscle mass, and it takes greater physical effort to perform the same activities as you get older.

In fact, some scientists believe that the cumulative damage to the mitochondria (mitochondrial aging) is the root cause of the aging process itself. They also believe it can be a leading cause of degenerative diseases and cancer.

Mitochondria and The Theory Of Natural Selection

Author Dr. Nick Lane, in his book "Power, Sex and Suicide; Mitochondria and the Meaning of Life," says mitochondria are possibly the basis for Darwin's theory of natural selection and evolution itself.

He states, "The importance of these tiny structures inside our cells is beyond imagining. Insight into mitochondria has shed light on how complex life evolved, why sex arose (Why don't we just bud?), and why we age and die. These findings are of fundamental importance to understanding life on Earth, but also in controlling our own illnesses and delaying our degeneration and death."

He further tells us that mitochondrial DNA is passed down almost exclusively via the female line. This is why it has been used by some researchers to trace human ancestry daughter-to-mother, to "Mitochondrial Eve," potentially giving us information about our evolutionary history.

As Dr. Lane eloquently points out, the importance of the mitochondria is staggering. The evidence suggests that if a person improves their mitochondria, they may be leaner, more energetic, have less disease, and live longer. 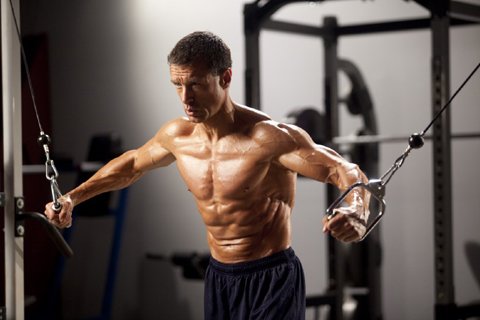 Click Image To Enlarge.
If A Person Improves Their Mitochondria, They May Be
Leaner, More Energetic, Have Less Disease, And Live Longer.

Evidence shows that consistent exercise has a large impact on improving the health and quantity of cellular mitochondria. There is also mounting evidence that targeted nutrition plays a significant role in protecting these vital powerhouses.

Research has shown that protecting against oxidative damage or stress within the cell may have considerable benefit in their long-term health and efficiency. This may translate to people feeling and looking like they are 10 or more years younger than their biological age.

Further studies have found that supplementing with certain natural ingredients, such as R-lipoic acid and superoxide dismutase (as well as potent adaptagens like rhodiola rosea), produces noticeable benefits.

Moreover, supplementing with a targeted combination of nutrients may make it possible for athletes over 40 to compete at the same metabolic level as 20-year-old athletes. This is a very compelling reason to pay more attention to nutrition as we age. 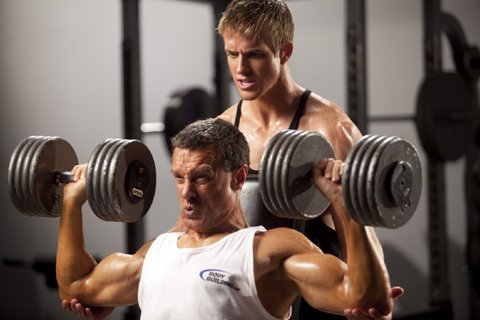 Click Image To Enlarge.
Evidence Shows That Consistent Exercise Has A Large Impact
On Improving The Health And Quantity Of Cellular Mitochondria.

Although the magic pill doesn't exist yet, continuous research points to a universal truth - whoever has the best, and most, mitochondria may win today's athletic battle and, eventually, win the evolutionary war.

John Scott's Nitro® is a company built by athletes for athletes with a reputation for integrity and quality products. Learn more!